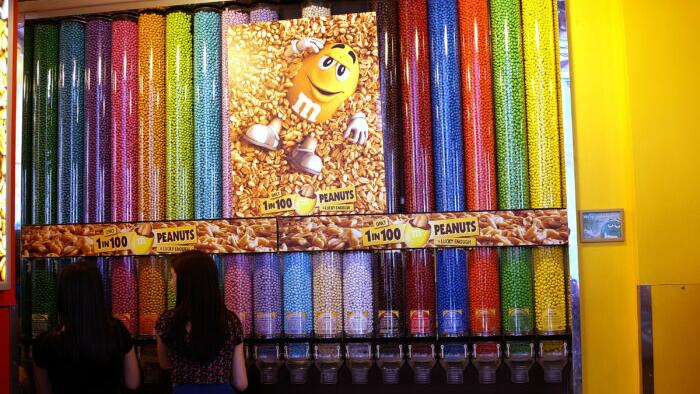 
Authored by Bryan Jung via The Epoch Times,

M&M’s says it’s pulling its increasingly woke “spokescandies” mascots after a massive pushback over the politicization of the beloved candy brand.

Mars, the candy maker which produces M&M’s, announced on Jan. 23 that it would replace its decades-old team of M&M’s “spokescandies” mascots with the actress Maya Rudolph, after backlash by longtime fans over its failed makeover to make the brand more inclusive.

Rudolph said she will take the place of the iconic mascots before the company’s awaited Super Bowl ad that will be aired during the game on Feb. 12.

“I am a lifelong lover of the candy, and I feel like it’s such an honor to be asked to be part of such a legendary brand’s campaign,” she told NBC’s TODAY.

The “spokescandies” were a team of little cartoon M&M’s mascots, which have appeared in every commercial and other marketing materials representing the candy covered chocolates since 1960.

Even Candy Favorites Are Unable to Escape Wokeism

In January 2022, Mars updated the cartoon mascots and M&M’s marketing with a plan to rebrand each mascot with a new backstory, clothing, and personality to be more inclusive under the slogan: “M&M’S® Creating a World Where Everyone Feels They Belong.”

M&M’s said that its branding would “reflect an updated tone of voice that is more inclusive, welcoming, and unifying, while remaining rooted in our signature jester wit and humor.”

The “feminine” green” M&M, for example, was criticized by the left for being marketed as “too sexy,” so was transformed into a feminist character, with the company switching out her knee-high heeled boots for sneakers.

“Being a hypewoman for my friends, I think we all win when we see more women in leading roles, so I’m happy to take on the part of supportive friend when they succeed,” the Mars advertising has the green M&M saying.

“Male” red, who had been the bully in the past, became kind to his co-characters.

Mars’s most controversial change was the new purple M&M, a “lesbian” mascot which was designed to represent inclusivity.

The new purple candy mascot was created to “help more people feel they belong,” the brand announced in September, explaining that the “lesbian” mascot “celebrates all voices, encouraging people around the world to embrace their authentic selves.”

The purple “lesbian” made her debut with a new song called, “I’m Just Gonna Be Me,” featuring an accompanying music video.

Mars announced in December that it would make its return to the Super Bowl with a 30-second spot during, and that the commercial would include its seven revamped M&M’s characters.

“The latest campaign extends our purposeful work over the last year, but is rooted in a new creative territory, and we can’t wait for our fans to see what’s about to unfold,” Gabrielle Wesley, chief marketing office for Mars, wrote in a press release.

The rebrand, however, brought ridicule from conservative commentators and many fans, such as Fox News host Tucker Carlson, with many claiming that the makeovers were another example of a left-wing woke agenda gone too far.

M&M’s finally conceded to its critics, posting on Jan. 23, on Instagram:

“America, let’s talk. In the last year, we’ve made some changes to our beloved spokescandies. We weren’t sure if anyone would even notice. And we definitely didn’t think it would break the internet. But now we get it—even a candy’s shoes can be polarizing. Which was the last thing M&M’s wanted since we’re all about bringing people together.”

“Therefore, we have decided to take an indefinite pause on the spokescandies,” the statement continued.

Our response to the end of the obese and lesbian M&M spokescandies pic.twitter.com/HuSfAryyQi