have been experiencing a tremendous bull rally since the beginning of 2020, rising more than +110% during the 3-year period.

The bulk of that rally came about last year when — combined with higher transportation costs and supply-side disruptions — adverse climate conditions helped push the global commodity’s production and retail chains to the limits of their capacities.

As a result, poor harvests in both Brazil and the United States — the world’s two largest OJ production centers — sent the commodity’s price soaring 41% on an annual basis.

But as we turn our focus to the new year, it seems that the old issues concerning OJ aren’t yet behind us. Florida orange growers are harvesting their smallest crop in almost 90 years as a result of a frost, two hurricanes, and citrus disease that is ravaging the crop.

In fact, Florida is expected to produce only 18 million boxes of oranges, which is less than half of the 2022 crop and a -93% decline from Florida’s peak production in 1998.

And to top it off, the Department of Agriculture said this year’s fruit is small, meaning more oranges are needed to fill each box and squeeze to get the same amount of juice. As it is, Florida will produce fewer oranges than California for the first time since World War II.

Add that traditionally it is in the second half of the year when the price of orange juice has a greater increase in volatility. Unless we see a major change in current conditions, traders should expect a continued rally in the commodity well into H2 2023.

Other Breakfast Components Are Also on the Rise

Each country has its own breakfast customs; however, the so-called Bloomberg Breakfast Index measures the prices of the traditional English breakfast basket: , , orange juice, , butter, bacon, bread, sausage, tomatoes, mushrooms, tea, and .

As you might imagine, the index is rising sharply, as the cost of a basket of breakfast items increased by about £6.20 over the previous year, with shoppers finding little respite from inflation in the foods they put on their table in the morning. 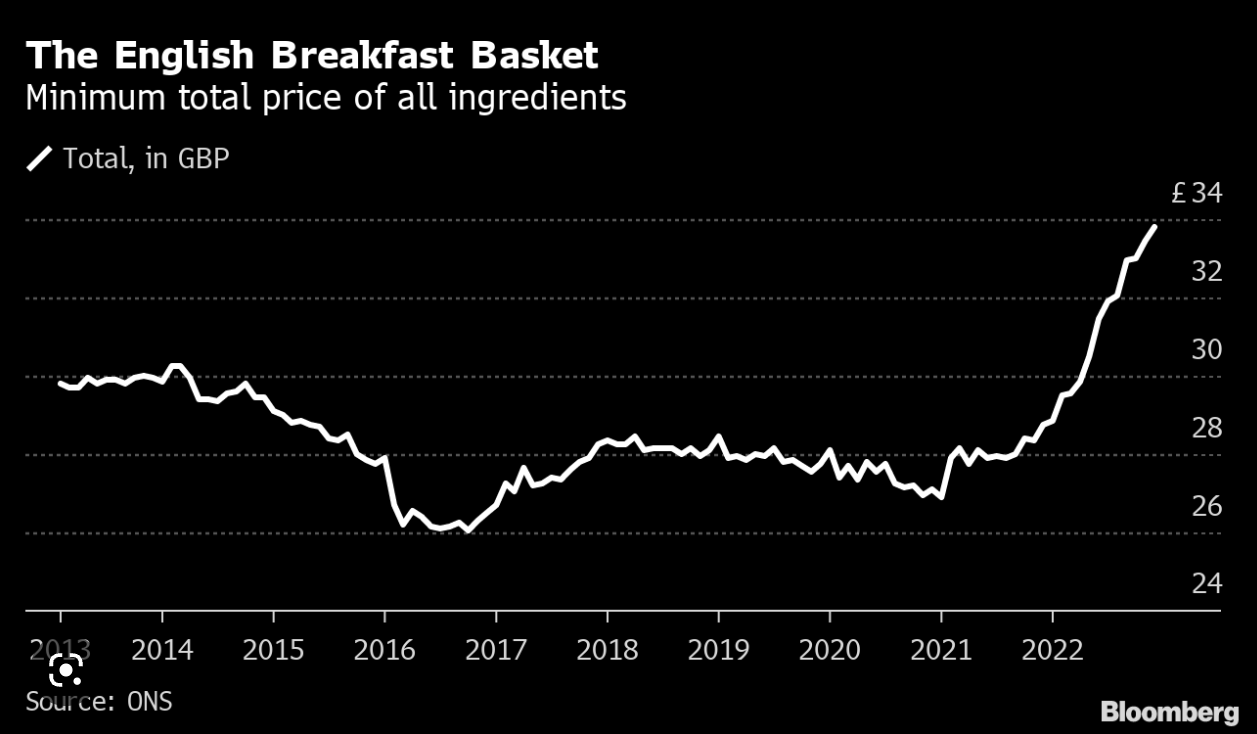 Among other things, the index highlights, for example, that the price of eggs in December shot up almost +6% over the previous month and that milk was the product that increased the most, along with butter. This shows that the most affected items are staples.

Each item has its reasons behind the price increase. Here’s a list that may help you trade the commodities according to their current issues and seasonal trends:

Disclosure: The author does not own any of the securities mentioned in this article.