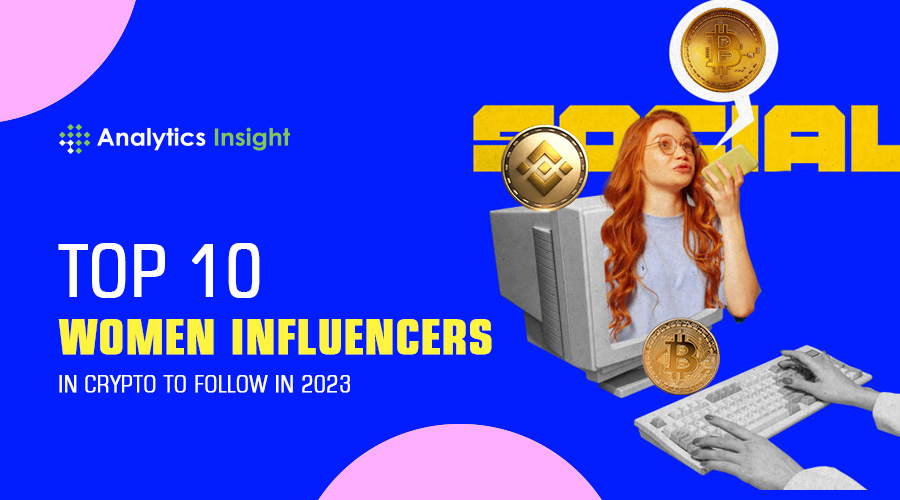 The number of women influencers in the crypto space is increasing. They are making investments in cryptocurrencies as awareness of this virtual asset and its distribution channels grow. On cryptocurrency and related issues, many women influencers in crypto have achieved success as well-liked, well-respected crypto educators and presenters. The top crypto queens, outside of investors and traders are journalists, educators, world-class economists, and software engineers who are altering the industry.

Evans is the creator of the Guapcoin cryptocurrency, which was released in 2017. Initially conceived to amplify the Black community’s economic voice, the crypto now aims to “close the huge diversity gap” by including the Latinx people among the “underserved groups” that it hopes to reach.

The book Undressing Bitcoin: A Revealing Guide To The World’s Most Revolutionary Asset was released by the famous female crypto influencer Heilpern. She used to be a journalist, but now she owns a media and content development company and presents a podcast about entrepreneurship and cryptocurrencies that has helped her become one of the most well-known experts on the subject.

Altcoin Sara is a fitness enthusiast with over 50k+ followers on Twitter. She shares candid videos about the latest updates and trading insights from the crypto realm. Moreover, she is a narrator and crypto-analyst on the popular YouTube channel Altcoin Buzz Ladies. Overall, Sara is your go-to person for all things crypto, and she can even help you with your fitness regimes.

Thompson is a content producer who creates written content, and films and collaborates on blockchain projects. Her humorous posts, such as a Bitcoin explanatory video targeted at JK Rowling, have helped her achieve notoriety. The crypto queen is one of the most prominent Instagram users that promote cryptocurrency.

Caitlin Long is the chairman of WyoHackathon, a celebratory blockchain event for developers, entrepreneurs and established companies. Long has been an advocate of blockchain and bitcoin since 2012. Prior to WyoHackathon, she was the co-founder of Wyoming Blockchain Coalition.

Siegel is now a well-known female crypto influencer, speaker, and owner of a crypto retail store. In a recent interview with the New York Post, the tech woman claimed that rather than relying on prior technical expertise, her journey was driven by “commitment, via education.”

Bitcoin specialist Demirors is Chief Strategy Officer at digital asset investment firm CoinShares, which manages $4 billion in assets. She is a founding member and co-chair of the World Economic Forum Cryptocurrency Council. She has also created crypto courses on platforms like Skillshare and has spoken extensively on women in crypto.

Guests are interviewed by Brunell on subjects like cryptocurrency, monetary policy, inflation, and international markets which are released on her podcast, Coin Stories. She is a strong proponent of Bitcoin and frequently appears in the media. She’s well-known not only on Twitter but also on Youtube, where she ranks among the top female crypto influencers.

Rebecca Liao is Co-Founder, Advisor, and former COO at Skuchain, a currency agnostic blockchain for global trade and the World Economic Forum Tech Pioneer for 2019. Skuchain became one of the top three blockchain companies in trade and supply chain finance in 2020.

Huk is the owner of the CASHFLOW Stake Pool and tweets about a variety of subjects, including witty jokes, memes, and security tips. She is one of the most well-known female cryptocurrency traders on Twitter.