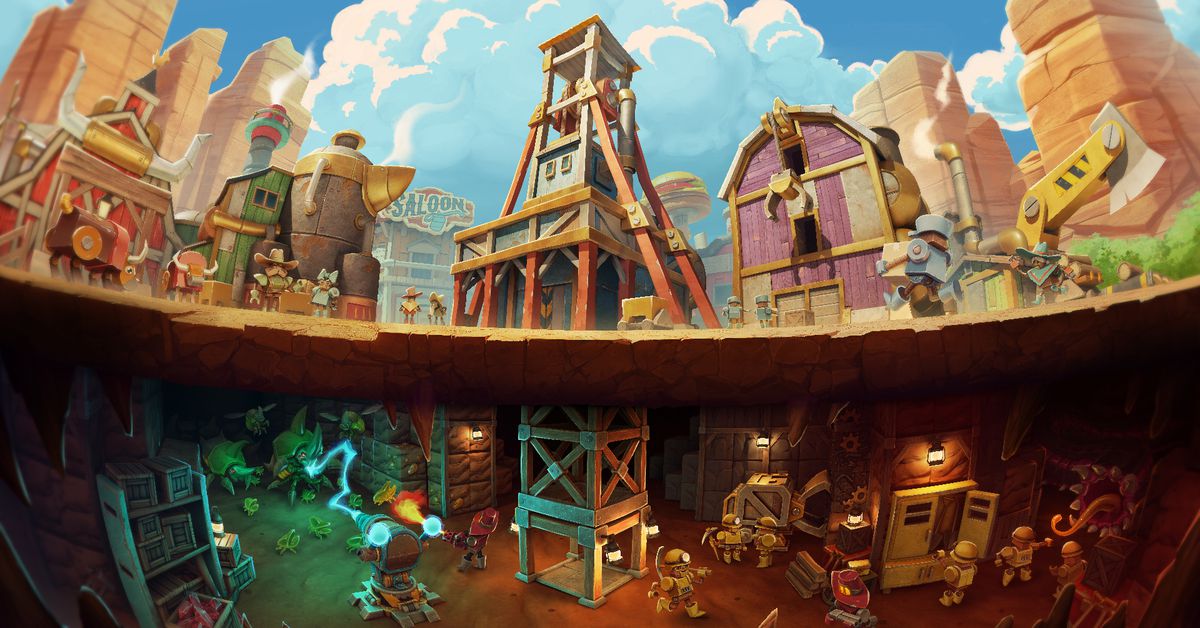 
Thunderful’s series of SteamWorld games have bounced from genre to genre, starting with the original SteamWorld Dig (a platform mining Metroid-inspired adventure) and expanding with SteamWorld Heist (a tactical turn-based pirate shootout) and SteamWorld Quest: Hand of Gilgamech (a card-based role-playing game). Now, Thunderful and internal studio The Station are taking SteamWorld in a completely different direction, with a new city builder called SteamWorld Build.

SteamWorld Build comes with a twist of its own. In addition to being a city builder game, where players are tasked with constructing a thriving mining town above ground, they’ll also have to gather resources underground while contending with mine-dwelling monsters. In a news release, Thunderful described SteamWorld Build as a blend of Anno, the 25-year-old real-time strategy economic sim that’s now published by Ubisoft, and Dungeon Keeper, Bullfrog’s dungeon-management sim.

You can get a taste of what SteamWorld Build’s style of double duty building-sim management looks like in its announcement trailer above. Or catch up on Monday’s SteamWorld Telegraph broadcast, which dives deeper into SteamWorld Build.

SteamWorld Build is slated for release sometime in 2023 for Nintendo Switch, PlayStation 4, PlayStation 5, Windows PC, Xbox One, and Xbox Series X. The developer says that Build is being developed with both PC and consoles in mind, “ensuring that the game’s design, UX and UI all work just as well with a controller in hand, as they do with mouse and keyboard.”

A demo for SteamWorld Build is now available on Steam if you want to give it a go.