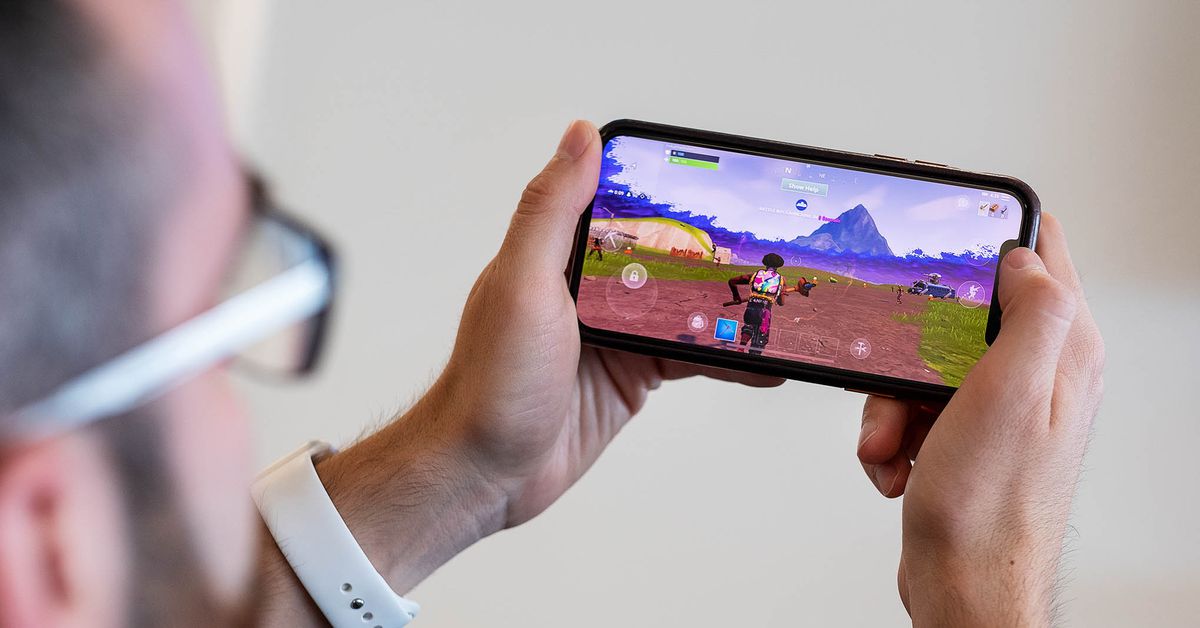 
Fortnite on iOS is about to become an even more limited experience. The game was removed from the iOS and Mac app stores and Google Play in August 2020 due to Epic Games’ legal spats with Apple and Google, meaning those versions of Fortnite have missed out on many updates to and even entire seasons of the constantly refreshed battle royale hit. But starting January 30th, players who got Fortnite from those platforms won’t be able to spend V-Bucks to buy in-game items and will have to be older than 18 years of age to play, Epic said in a tweet from its Fortnite status Twitter account on Monday.

Technically, if you got Fortnite from those platforms, you can still play the game if you happened to have it installed before it was removed from the app stores, but it’s perpetually trapped at version 13.40. To give you an idea of just how far back that is, that means players haven’t been able to experience things like the Marvel-themed season (which kicked off in August 2020), the Ariana Grande concert (which took place in August 2021), or the recent introduction of a new island and dirt bikes (which were added in December 2022). The changes announced Monday will further cripple those versions of the game — my colleague Andrew Webster already called Fortnite on iOS “empty and dated” shortly after the app was pulled.

Epic puts the blame on Apple and Google’s “restrictions on Fortnite” for the new changes, saying that it wants to be able to update all versions of its games to the most recent Epic Online Services suite with its latest parental controls features. But the coming limitations to the iOS, Mac, and Google Play versions of Fortnite aren’t just an opportunity for Epic to take shots at the two tech giants: they’re part of efforts from Epic to step up its safety features for younger players.

In December, Epic introduced special kids-focused accounts for Fortnite, Rocket League, and Fall Guys that have certain restrictions. Until a child gets consent from a parent or guardian, they won’t be able to buy content in those games or use text and voice chat. A few weeks later, the company reached a $520 million settlement with the FTC over privacy violations and unintended in-game purchases in Fortnite.

It’s unclear if or when the iOS, Mac, and Google Play versions of Fortnite might be restored to their respective app stores so that players can check out the latest updates. (Epic CEO Tim Sweeney seems hopeful the game will return to iOS in 2023.) But there are still ways to play the game on Apple and Android devices in the meantime. On iOS and Mac, you can drop onto the island using Nvidia’s GeForce Now streaming service. Thanks to Xbox Cloud Gaming, you can play the latest version of the game on iOS or Android, no Xbox Game Pass subscription required. And you can download the game natively to Android from Epic Games’ website or via the Epic Games app on the Samsung Galaxy Store.

10 Tips and Tricks for Typescript Programming in 2023