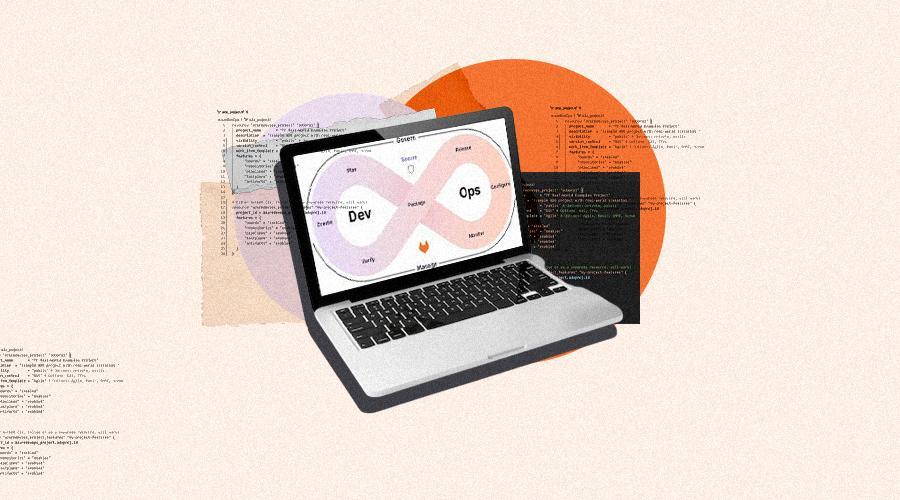 DevOps is not new to the technical world but it definitely has captured the minds of global business and tech leaders. DevOps is a cultural shift or a practice that puts together development and operations teams with the goal of converting SDLC into a strategic resource for any company. To gain this target, it is crucial to choose the right DevOps tools. DevOps tools are well known throughout the world since they tend to enhance development and communication. These top DevOps tools are innumerable, and one can rely on them. You’ve come to the right place if you’re unsure about which DevOps tools to use in 2023 for gaining the market. In this article, we will discuss the top 10 DevOps tools that professionals should be familiar with.

Jenkins is a free and open-source automation server that aids in the automation of software development procedures like creating, enabling CI/CD, deploying, and testing. Teams can simply monitor repetitive operations, swiftly spot difficulties, and seamlessly integrate changes thanks to this DevOps tool. Jenkins supports 100+ plugins to integrate with almost every tool available in the CI/CD toolchain, such as Git, Amazon EC2, Maven, etc. You can set and configure Jenkins easily using its simple web interface with built-in error checks and helps.

Puppet is an open-source tool for managing software configuration that was created by Puppet, Inc., which was established in 2005 by Luke Kanies. The supply of IT infrastructure, patching, configuration, and administration of software components and OS across cloud infrastructures and data centers are just a few of the stages of the software lifecycle that are managed by this DevOps automation tool. Puppet is a model-driven tool that needs limited use of programming language. It uses a declarative language of its own to define system configuration

Maven is a powerful build automation tool that was created by the Apache Software Foundation and launched in 2004. It is mostly used for Java-based projects, is written in Java, and serves as a project management and comprehension tool. It assists in managing a project’s build, documentation, and reporting as a DevOps tool. Maven can be used to create and manage software projects written in other languages besides Java, such as Ruby, C#, Scala, and others.

Accelerate your software development productivity using Gradle. This is one of the open-source DevOps build automation tools, particularly for multilingual software or application development. Gradle was introduced in 2007 and is written in Java, Kotlin, and Groovy. It is used to accelerate the automation of software development, testing, and deployment. You may develop, integrate, and then systematize end-to-end software delivery using Gradle’s extensive API and sophisticated ecosystem of plugins and integrations.

The cloud-native CI/CD platform CircleCI offers dependability and speed for your software development process regardless of the size of your DevOps team. On your infrastructure or in the cloud, you can swiftly scale up the development and deployment of high-performing applications. Since its establishment in 2011, CircleCI has run over 35 million builds. Leading businesses including Spotify, PagerDuty, Ford Motor Company, Samsung, and others use it. To make testing simple, CircleCI automatically executes your CI/CD workflow in a virtual machine or clean container.

The DevOps team chose Bamboo by Atlassian for continuous integration, continuous deployment, and delivery of software applications. Your automated builds, releases, and testing may be integrated into a single workflow. As a DevOps tool, it enables you to set up triggers, designate agents to essential builds and deployments, and develop build plans with numerous stages. Both free and paid versions of the software are offered. Bamboo is free to use for creating open-source software projects, but it charges commercial enterprises according to the number of build agents used.

Released in 2006, TeamCity by JetBrains is a robust continuous integration tool for DevOps teams.  It is a multifunctional CI/CD DevOps solution that provides more flexibility for various workflow and development methodologies. Everyone loves TeamCity, from managers and admins to developers and DevOps specialists. Applications, containers, and packages of various types—whether multi-cloud, multi-language, or multi-platform—can be built, deployed, and tested. It has both free and paid plans and was created in Java. 100 configurations and a maximum of three build agents are included in the free license.

Travis CI is an effective continuous integration (CI) tool for developing and testing apps hosted on GitHub or Bitbucket that is best suited for open-source projects. It has an MIT licence and was created in Ruby. To assist you in creating and testing the program, this cloud-hosted application automatically counts the number of new code commits and pushes them to your GitHub repository.

If you find an effective DevOps tool for CI/CD to build your software faster, Buddy can be your best ‘buddy’. This tool supports feedback and continuous deployment in addition to integration. It works well with projects that incorporate code from GitHub and Bitbucket repositories. It also enables the usage of Docker containers in addition to the pre-installed frameworks and languages, and it monitors and gives alarms while the product is being developed.

Git is a version control system that is open source and free and is one of the most well-known DevOps technologies. It was published in 2005 and was created by Linus Torvalds. It was written in C, Perl, Shell, and Tcl. With the help of this distributed source code management (SCM) technology, programmers can successfully coordinate their work and keep track of changes made to files used in software development. It seeks to boost non-linear, distributed workflows’ speed, support, and data integrity.

The post Top 10 DevOps Tools to Checkout in 2023 appeared first on Analytics Insight.