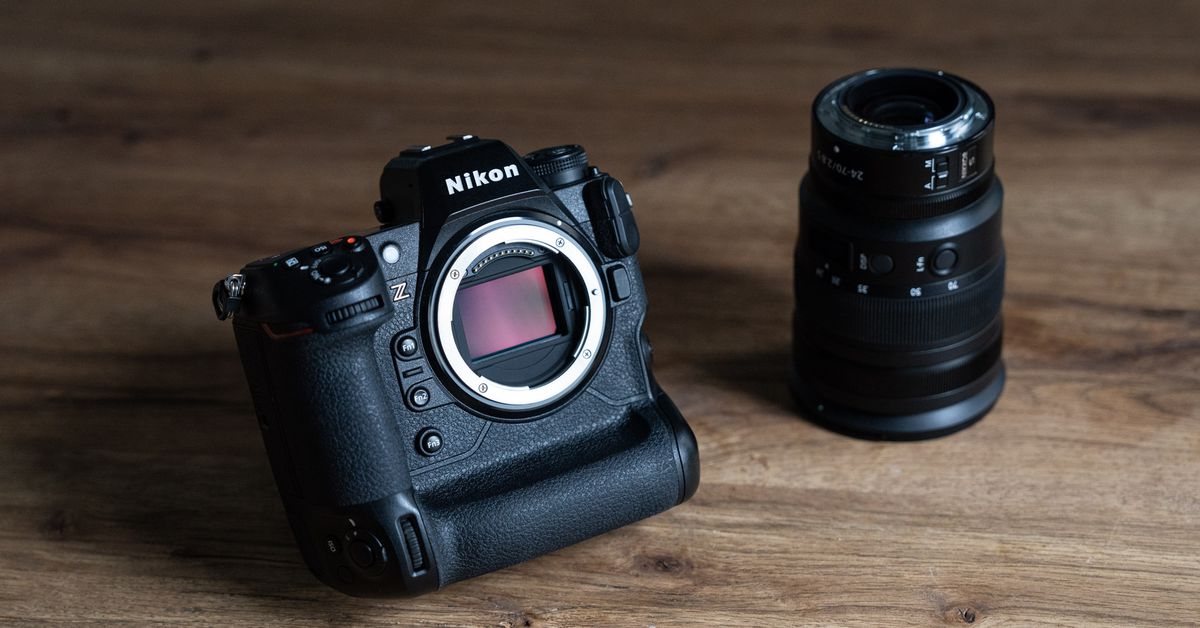 
At nearly three pounds, or 1,340g, the $5,500 Nikon Z9 is a brick of a mirrorless camera with more buttons and features than I have been able to test in the nearly two months I have had with it. It has a new full-frame 45.7MP stacked CMOS sensor that, thanks to the new Expeed 7 image processor, can shoot RAW photos at 20fps for over 1,000 frames (assuming you are using a fast enough card). And the video specs put flagship specs from Sony’s A1 and Canon’s R5 to shame. They include 12-bit 8K 60fps or 4K 120fps both in N-RAW, Nikon’s RAW video format. You can also shoot in ProRes RAW up to 5K 30fps.

All of those specs are housed in a large, heavy, and absolutely rugged camera body. The physical design of the Z9 is unlike what we have seen in flagship mirrorless cameras from other companies. And it is a welcome change for professional photographers who are going to be using large telephoto lenses for wildlife or sports photography. Nothing about this system’s hardware is compact.

But the Nikon Z9 is about far more than its specs and hardware. Previous cameras in Nikon’s mirrorless camera Z lineup have been less than impressive when compared to the competition. Autofocus speeds were slow, camera bodies felt cheap, and the company was failing to gain support for the new lineup. I had all but given up on the brand when the Z9 was launched. Even then, I was skeptical that this camera could actually make a mark. In my latest episode of our YouTube series Full Frame, I dive deep into this camera’s abilities to see if this could be the camera that makes Nikon a competitor in the mirrorless camera market. Enjoy, bud!