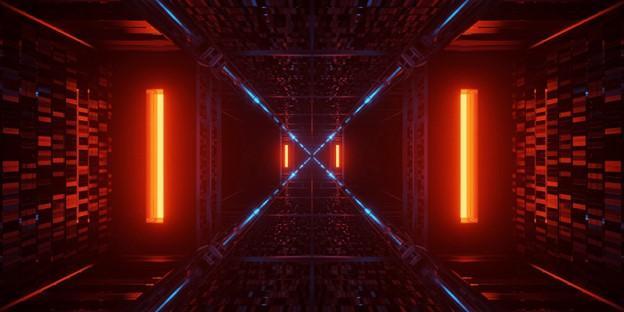 2023 is likely to be the year of the metaverse. With so many metaverse crypto projects on the market, how do you know which ones are the best? This is the place to find out. In this article, you’ll discover five of the top metaverse coins that are favorites of industry experts, why you should invest in them, and which one could outperform them all.

Metacade is the ultimate social platform for metaverse and play-to-earn enthusiasts. Its where users can connect with like-minded peers, discover how to earn more from metaverse gaming, and participate in the world’s first fully player-owned arcade. While there are many metaverses out there, Metacade is the hub that can link them all together, creating a central metaverse meeting point for players across the globe.

Social hubs are vital for gamers, and Metacade is getting in early to cement itself as the go-to place for blockchain-based gaming. It’s planning to implement a number of features that will be invaluable to metaverse explorers in the coming years. For instance, there will be forums for discussing the latest tactics, live chats for collaboration in real-time, and a comprehensive review system to help you find the metaverse and P2E games worth playing.

To encourage its members to make the platform the best it can be, Metacade will offer rewards for sharing reviews, GameFi alpha, or other useful content. The benefits here are two-fold: players, no matter their background, can earn simply by offering their thoughts and expertise, all the while turning Metacade into Web3’s number one repository for everything metaverse gaming.

These rewards are just one of many ways users can earn through the platform. Alongside regular prize draws, competitions, and tournaments, Metacade will be launching its job and gig board in Q1 2024 with the aim of becoming a Web3 gaming employment hub. Users will be able to find work at the cutting edge of metaverse development. Metacade members can even boost their income by offering feedback on games using the platform’s native testing environment, some of which will be developed through the Metagrant program.

Metagrants are one of the most talked about features of Metacade. Essentially, it allows MCADE holders to decide which developers should receive funding from the treasury to get their games off the ground. Developers submit their proposals to one of the Metagrant competitions, and users vote for their favorites. The idea with the most votes is allocated financing, with the final game being added to Metacade’s virtual arcade.

These features have been well-recognized by investors over the past few weeks. Despite being in presale, Metacade has managed to raise over $3m in stage 2 – $1.12 million of which was invested in under 3 weeks. With more investment expected to flood in over the next 7 stages, the MCADE token could go parabolic once it hits mainstream exchanges. With all of this in mind, Metacade is definitely the top metaverse coin to buy right now.

>>> You can participate in the MCADE presale here <<<

2. Ethereum (ETH): A Vital Component for Many Metaverse Projects

Have you ever heard of the phrase, “in a gold rush, invest in picks and shovels?” This analogy can be applied to Ethereum, the leading smart contract platform that provides the critical infrastructure for the majority of top metaverse coins. In fact, three of the five tokens on this list are built on Ethereum!

Smart contracts are vital for blockchain-based metaverses, allowing them to operate securely without needing a centralized authority. Ethereum has already proven itself through the thousands of decentralized applications (dApps) hosted on its network. Its DeFi dominance, for example, has been unparalleled since DeFi entered the mainstream. Even today, Ethereum accounts for 59% of all DeFi transactions (DeFiLlama).

Going forward, Ethereum is expected to be the chain of choice for metaverse developers. With the recent Ethereum Merge being carried out successfully, this seems even more likely. That’s because it allows the network to implement sharding – a move that’s expected to boost Ethereum’s speeds to over 100,000 transactions per second while reducing fees significantly.

Considering that all transactions made in any Ethereum-based metaverse will require gas fees to be paid in ETH, the token has the potential to see much higher demand once the metaverse becomes more commonplace. Combined with its versatility in other sectors of the crypto sphere, Ethereum is one of the top metaverse coins to buy right now.

3. The Sandbox (SAND): A Well-Established Metaverse

The Sandbox is a virtual world built on Ethereum where players can create, share, and monetize their own gaming experiences. It allows players to purchase in-game land, represented by the LAND NFT token, and build whatever they like using the VoxEdit and Game Maker tools.

These tools let players explore their creativity on a level that’s yet to be reached by other top metaverse coins. For instance, VoxEdit enables users to manipulate blocks, known as voxels, to build almost anything their imagination will let them, like sculptures, cars, and AI foes. These objects can then be bought and sold on The Sandbox’s Marketplace with the SAND token, opening up a source of income for creators.

Meanwhile, the Game Maker has a full suite of features that allows users to build incredibly immersive experiences, like dialogue, camera angles, quests, and more. In contrast, while other leading metaverse projects like Decentraland encourage user-generated content, they don’t give players anywhere near the same depth of customization and control as The Sandbox.

Perhaps one of the most convincing reasons to consider The Sandbox as a top metaverse coin is its partnerships. The platform has partnered with several big-name brands, gaming companies, and franchises that expand The Sandbox’s market reach. For instance, Gucci, HSBC, The Walking Dead, Tony Hawk, and Atari have all built their own experiences inside The Sandbox’s metaverse. This list is expected to keep growing over 2023 and could be a catalyst for further appreciation in SAND’s price.

ApeCoin follows on from the unbelievable success of some of the world’s most valuable NFT projects. Launched in 2022 by Yuga Labs, ApeCoin is the native token of the Ape ecosystem, a term used to describe the all-encompassing universe of Yuga’s creations, like Bored Ape Yacht Club (BAYC), the ApeCoin DAO, games, events, and services. Most excitingly, this ecosystem now includes Otherside, Yuga Labs’ most ambitious project to date.

Otherside is an open world, like The Sandbox, that lets users buy virtual land, interact with fellow metaverse explorers, and build their own creations on a faraway planet. It’s being built in collaboration with Animoca Brands, The Sandbox’s parent company, Improbable, is a UK-based gaming studio. Improbable has created M², a network that allows over 10,000 players to seamlessly use Otherside simultaneously. It also allows for the game to be streamed, meaning that users won’t need high-end computers to access Otherside.

In July 2022, players got their first glimpse of what the polished game might look like with the “First Trip” demo. This demo revealed that it was just the first step in an 11-part narrative that will see thousands of users collaborating to take on bosses and complete missions.

Otherdeeds, the in-game real estate, also launched with massive success. In the first 24 hours of the Otherdeeds mint, over half a billion dollars was spent by users racing to get their hands on one of the 55,000 NFTs. It also caused significant congestion on the Ethereum network, sending transaction fees skyrocketing.

With APE expected to be the de-facto currency of this metaverse, 2023 could bode exceptionally well for ApeCoin investors. Otherside doesn’t yet have a formal release date but is expected later this year. When it launches, it could launch APE into the stratosphere, making it one of the top metaverse coins right now.

Star Atlas is arguably one of the most ambitious projects on this list. It describes itself as “a grand strategy game of space exploration, territorial conquest, political domination, and living among the stars”. From what’s been seen so far, it could be (literally and figuratively) huge. Built using Unreal Engine 5, Star Atlas promises players an unforgettable and visually stunning interstellar experience. It’s undoubtedly borrowed characteristics from EVE Online, one of the world’s most-played MMORPGs, and could soon attract thousands of players from the EVE community.

Star Atlas sees players exploring the far reaches of the universe in their own spaceships, battling for territory, and teaming up with others to form factions. Whereas other metaverse games have received criticism for their inability to rival traditional AAA titles, Star Atlas is expected to be the first of its kind in bringing console-grade gaming to crypto.

By using the Solana blockchain, Star Atlas enables fast and cheap transactions whenever players purchase in-game items, which are stored as NFTs on-chain. Ships, structures, and consumables can all be traded on Star Atlas’s in-game market using the ATLAS token, with mined resources also expected to be a source of income for many players.

While the game is still under development, it’s predicted to launch sometime in 2023. A demo was launched on the Epic Games Store in September 2022, and from what’s been seen, the finished product could be incredible. For that reason, ATLAS is one of the top metaverse coins to buy for 2023.

As the metaverse gains traction, there’s no doubt that these five tokens have a strong chance of benefitting from the industry’s growth. Established players, like Ethereum and The Sandbox, might have limited upside potential but are likely to be safe investments as metaverse adoption grows. Newer tokens, like ApeCoin and Star Atlas, are definitely more speculative, but if they meet up to their promises, they could make millionaires in 2023.

Metacade, however, seems to be the best investment choice of them all. Given its goal to become the ultimate metaverse gaming platform, Metacade stands to benefit from the massive growth in metaverse interest as a whole and is not tied to a particular game’s performance. It’s akin to investing in Netflix vs. investing in a single movie.

It seems like some of the more savvy investors seem to realize this too. As mentioned, Metacade has raised over $3m since the start of presale. Its MCADE token is currently priced at 0.012, but time is running out to pick up coins at such a low price. MCADE will its finish presale at $0.02. Don’t wait: check out what analysts are calling one of the top metaverse coins of 2023 right now!

You can participate in the MCADE presale here.