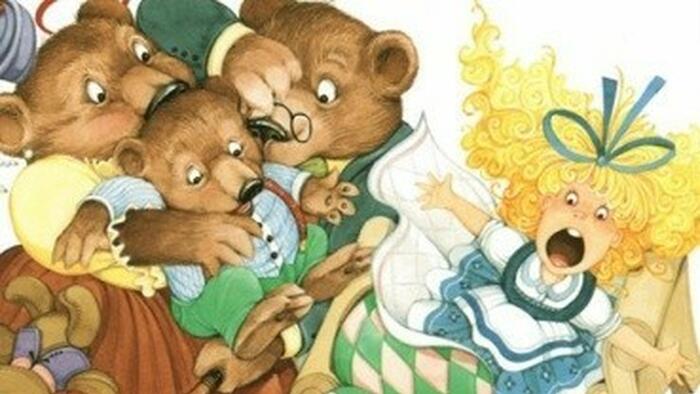 Surprise! New Zealand’s Prime Minister Jacinta Ardern just quit. She “no longer has enough left in the tank to do the job,” apparently, and will be gone after 7 February. There was no immediate reaction in the NZD, and the Kiwis are hardly the mighty All Blacks on the global stage, but it does show that 2023 can contain real surprises.

A larger shock was dealt yesterday by BOJ Governor Kuroda, who showed Yield Curve Control still has lots left in the tank: and JPY and JGB yields tumbled. As mentioned briefly yesterday, the pre-BOJ trade pricing higher yields and JPY strength looked questionable even before the terrible core machine orders data that proceeded that central bank blast. Inflation in Japan, as the BOJ laid out, is not at the ‘sustainable 2%’ target –CPI is out tomorrow– and won’t get there for years, or ever. There are valid reasons for expecting a policy reversal: the change of governorship in months; everyone else hiking; and the BOJ soon struggling to find JGBs to buy in a zombified market. However, how does an economy so indebted survive higher yields? Plus, if Japan runs trade surpluses again (unlike today’s deficit data, with imports surging more than exports) it will be able to run an undeclared MMT-lite, as before; and if it can’t, JPY would sink anyway, as local yields could never compete with global rates. In short, over the long term it’s hard to be a JPY bull, even if you can try to risk being a JGB bear if you enjoy the pain trade.

The larger-than-expected slump in US PPI and retail sales was not a surprise of the same magnitude, but took some air out of balloons expecting a ‘Goldilocks’ growth deceleration, inflation decline, and rates pause. Rather, alongside Fed calls for both a 25bp and a 50bp hike next, those data suggests the ‘dreadlocks’ scenario of higher rates and a recession.

The Fed’s Beige Book had a shock too, if you read it right: retailers noted high inflation continued to reduce consumers’ purchasing power, particularly for low- and moderate-income households; selling price increases were moderating; and “little growth” was seen ahead. Most importantly, many firms were hesitating to lay off employees even as demand slowed, and planned to reduce headcount through attrition instead. That’s related to the Bloomberg story yesterday flagging new research on the US –echoed globally– underlining how Covid has changed the labor market: the urban working poor, hit by the rich decamping to work from home, decamped too – and they won’t go back to the labor pool while it treats them like a labor camp. Imagine the shock to markets if unemployment refuses to rise, and so rates have to keep doing so until something eventually breaks, which it will (with shadow banking top of the list of vulnerabilities). Meanwhile, jobs layoffs are ironically coming for the decamped rich in US tech and vanilla banking.

In Australia, the key December jobs data this morning were also a shock, with full-time jobs up 17.6K and part-time jobs -32.2K, dragging the total figure to -14.6K, and the unemployment rate up a tick to 3.5%. Obviously, AUD didn’t like that; but the RBA, sweating bullets over rate hikes, did. I have no intention of squandering my carefully-built professional reputation for not taking these data seriously. Yes, the looming mortgage cliff in 2023 could prove a massive shock to the economy; no, it’s unlikely to be happening already. At least not when retail sales were booming the month before, every anecdotal report is that if you can fog a mirror you can have a job; and the new Labor (stress LABOR) government is going to allow 300,000 permanent migrants in to fill critical skills gaps.

Treasury Secretary Yellen’s ‘surprise’ meeting with China’s Liu He in Zurich far from surprisingly saw her state that she will visit China soon: after all, both sides are currently pretending that we are back in 2015, even if underlying issues are nowhere near being resolved. (As the new US House Committee focused on China makes clear.)

So, what surprises will today spring? If you listen to some rumors, potentially Russia declaring the end of its Special Military Operation…. and declaring war instead: President Putin is to give another major speech today commemorating the 80th anniversary of the breaking of the Nazi siege of Leningrad, and that is part of the speculation of what he might say.

Would this actually matter, given the West is already calling it a war (while no longer covering it much in the day-to-day headlines)? Yes. Russia is still not operating a war economy that would direct all of its efforts towards Ukraine. In fact, until now Putin has taken pains to try to ring-fence the conflict from day-to-day life, most so for Moscow and St. Petersburg. By declaring war and/or mobilising, far more men, resources, and national energy would be targeted westwards, and more extreme measures could be taken internally, where rumours are again of border closures.

Some in the West are taking this possibility seriously. Stars and Stripes, says: ‘NATO warns of Russia’s long war in Ukraine, vows to be ready’. However, Western markets are playing ‘Happy Xmas (War is Over)’ by John Lennon deep into January.

Russian Foreign Minister Lavrov yesterday stated that Ukraine is being used as proxy by the West, or are “waging war against our country with the same task: the ‘final solution’ of the Russian question…Just as Hitler wanted a ‘final solution’ to the Jewish question, now, if you read Western politicians…they clearly say Russia must suffer a strategic defeat.” In contrast, Western foreign policy analyst Ulrich Speck recently put it that “Either Russia’s defeat will deal a decisive blow to its imperial ambitions, or any Russian achievements in the war will encourage it to continue reshaping the continent by force.“ Where is the Lennon in all this Nazism vs. Imperialism?

In Davos, Henry Kissinger says Ukraine should now join NATO, and neutrality is no longer an option, reversing his previous stance after seeing what happened with Finland and Sweden. Germany says it will only supply Leopard 2 tanks to Ukraine, and allow them to be sent there by anybody else, if the US provides Abrams tanks too: NATO either goes all in, or it doesn’t go in at all, is Berlin’s message. So, which will it be, if Russia declares war and/or mobilises?

Consider the economic impact of a further escalation. The war would shift from military inventories to military production, and between a war economy and an anything-but-war economy. Yet the CSIS already point out it will take 2.5 to 18 years to rebuild key US arms inventories Ukraine is depleting even before any escalation. Another report notes ‘The US Can’t Make Enough Plutonium Triggers for Its Nuclear Warheads’, as Russia and China accelerate their nuclear arms programs.

Of course, defense spending in most Western countries is small beer compared to the rest of the economy – but that is the point: it would need to rise rapidly, and stay high. And it would do this in a very tight labour market: would those losing tech jobs producing trigger warnings have to be reallocated to producing triggers? The point is a serious one behind the pun.

Even if all this scares you or bores you into focusing only on what stocks or bond yields did yesterday, consider the rate implications of military escalation needing more production; and broader political-economy structural questions, given high debt levels; and global systemic ones, given the risks to markets from economic war of various forms. Or don’t – but you don’t then get to act all surprised again.