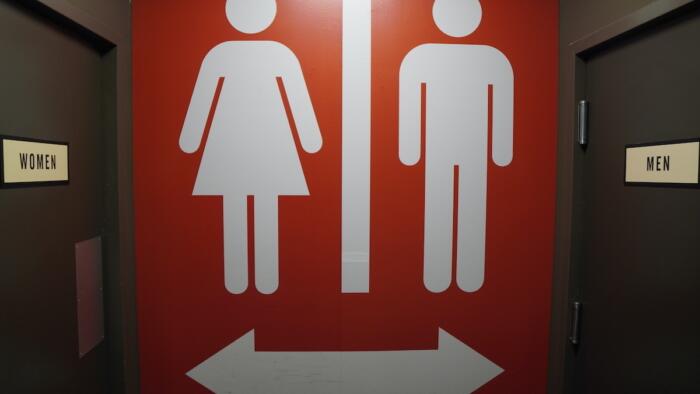 
Authored by Jackson Elliott via The Epoch Times (emphasis ours),

Teenager Rebecca Phillips stepped out from her post-workout shower in the YMCA locker room and gasped.

A naked man was standing in the women’s dressing area of the Cameron Family YMCA in Santee, California.

“I immediately went back into the shower, terrified, and hid behind their flimsy excuse for a curtain until he was gone,” Phillips said during the public comment period of a Santee City Council meeting on Jan. 11.

“I ran into a bathroom stall to change as quickly as I could, organizing my thoughts to share with the people at the front desk.”

Phillips, 17, has a job at a local restaurant, and often works out by swimming after finishing her shift, she said.

When she raised concerns about the locker room incident, she said the YMCA’s employees were quick to defend the man, who claims to be a woman.

“I was made to feel as though I had done something wrong when I talked to people at the YMCA,” Phillips told city council members in a video reviewed by The Epoch Times. “Somehow, the indecent exposure of a male to a female minor was an inconvenience to them.”

She said the YMCA told her that, in California, any man who is not a registered sex offender can shower naked with women.

“As long as you are not a red flag on Megan’s Law, the California sex offender registry, a grown male can shower alongside a teenage girl at your YMCA location in Santee,” she said.

According to Section 51 of the California Civil Code, naked men have a right to the women’s locker room, if they claim womanhood.

“All persons within the jurisdiction of this state are free and equal, and no matter what their sex, race, color, religion, ancestry, national origin, disability, medical condition, genetic information, marital status, sexual orientation, citizenship, primary language, or immigration status, are entitled to the full and equal accommodations, advantages, facilities, privileges, or services in all business establishments of every kind whatsoever,” the law reads.

During her exchange with YMCA employees, Phillips said her thoughts kept turning to her 5-year-old sister.

“When I asked the YMCA management what their policy was regarding transgenders, they confirmed that the man I saw was, indeed, allowed to shower wherever he pleased.”

Phillips’ father called the Santee Sheriff’s Station, she said, and an official there advised that she should never shower at the YMCA again.

Then, her father called the YMCA, but wasn’t allowed to speak to the manager, she said. He eventually received a call from an official with the YMCA of San Diego County, she added.

“She informed my dad that I was not in any danger at the time of the incident—that I was safe,” Phillips said.

Phillips asked the city council whether an underage girl could ever be “safe” in a room with a naked man.

“I’m assuming all of you either have a wife, a sister, daughters, or granddaughters, or are a woman yourself,” she said.

“Could you knowingly send an underage girl into a room where there was a naked male and say that she was not in danger? That she was safe? Or more importantly, that this was right?”

Two days after Phillips’ testimony, a spokesman for the YMCA told the local KUSI News that the YMCA is “committed to diversity, equity, inclusion.” The YMCA did not respond to a request for comment from The Epoch Times.

On Jan. 16, the YMCA issued a press release that included an apology to Phillips, KUSI News reported.

“The YMCA of San Diego County is a cornerstone of our community, positively impacting the lives of thousands of youths, adults, seniors, and families that rely on us daily,” the statement read. It added that staffers “want to ensure everyone feels both welcome and safe at our Y.

“We understand that the minor involved felt hurt and frustrated, and we wholeheartedly apologize for not providing her with the level of support she deserves. We take great care in fostering a safe, respectful, and supportive atmosphere so everyone can feel comfortable. We are committed to treating every member with dignity and protection and will continue striving towards that goal.”

The organization touted a “stellar reputation and proven record of protecting and safeguarding children throughout our 150+ years of history,” and said, “every YMCA member and employee goes through the National Sex Offender Registry daily, and each location and program operates above and beyond California and national Child Protection laws.”

The prepared statement went on to say that people “of all ages, races, ethnicity, religion, gender identity, gender expression, abilities, sexual orientation, or financial circumstances” are welcomed and valued at the YMCA.

The facility operates in accordance with California law, “which gives people the right to access the locker rooms, changing rooms, and bathrooms that align with their gender identity,” the statement read.

Also, the facility, the statement continued, provides a “private, gender-neutral restroom/shower for members who prefer a private space.” And “as part of our commitment to continuously improve, we are reviewing locker room floorplans across all facilities,” to help ensure access to additional privacy “if desired and needed.”

Both Republicans and Democrats told her they were disgusted that a naked man could tour a women’s locker room, proving that the issue is not a partisan one, Phillips said.

“The fact that we are now tailoring our privacy policies and bathroom laws around transgenders, ignoring the blatant threat to safety that this poses, is obscene,” she said. “The safety of children and girls is on the chopping block.”

According to a June 2022 survey by the Pew Research Center, about 5 percent of young adults say they are transgender or nonbinary.