How to Trade Gold

Gold prices were little changed on Thursday amid divergent performance between the US Dollar and Treasury yields. The anti-fiat yellow metal often finds itself the most sensitive to the latter two instruments moving in the same direction. This means that when the Greenback and bond yields go their own separate ways, that could mute XAU/USD’s performance.

A rally on Wall Street helped propel Dow Jones and S&P 500 futures by about 0.53% and 0.74%, respectively. The rosy session cooled demand for safety, placing the anti-risk US Dollar on the defensive. The DXY Index closed at its lowest since the beginning of this week. Demand for Treasuries likely faded, pushing down prices as yields climbed.

When the latter two move in different directions, the net effect on gold can be neutralized. This is leaving XAU/USD facing US PPI and University of Michigan consumer sentiment data due over the remaining 24 hours. These will be some of the last key data Fed officials will see before next week’s interest rate decision. Rosy data could continue reinvigorating hawkish policy bets, leaving gold at risk.

On the daily chart, gold appears to be trading within the boundaries of a bearish Rising Wedge chart formation. A breakout lower could open the door to resuming the dominant downtrend from earlier this year. That would place the focus on the 50-day Simple Moving Average, which may reinstate the near-term upside bias. Immediate resistance seems to be at 1810.

As for the DXY Dollar Index, the currency continues to consolidate around the 105.34 – 104.64 inflection zone. Prices are also trying to confirm a breakout under the key 200-day SMA. That could open the door to a broader shift in USD’s direction, exposing the 103.41 – 103.93 support zone from June. In the event of a turn higher, keep a close eye on the 50-day SMA< which could reinstate the near-term downside bias. 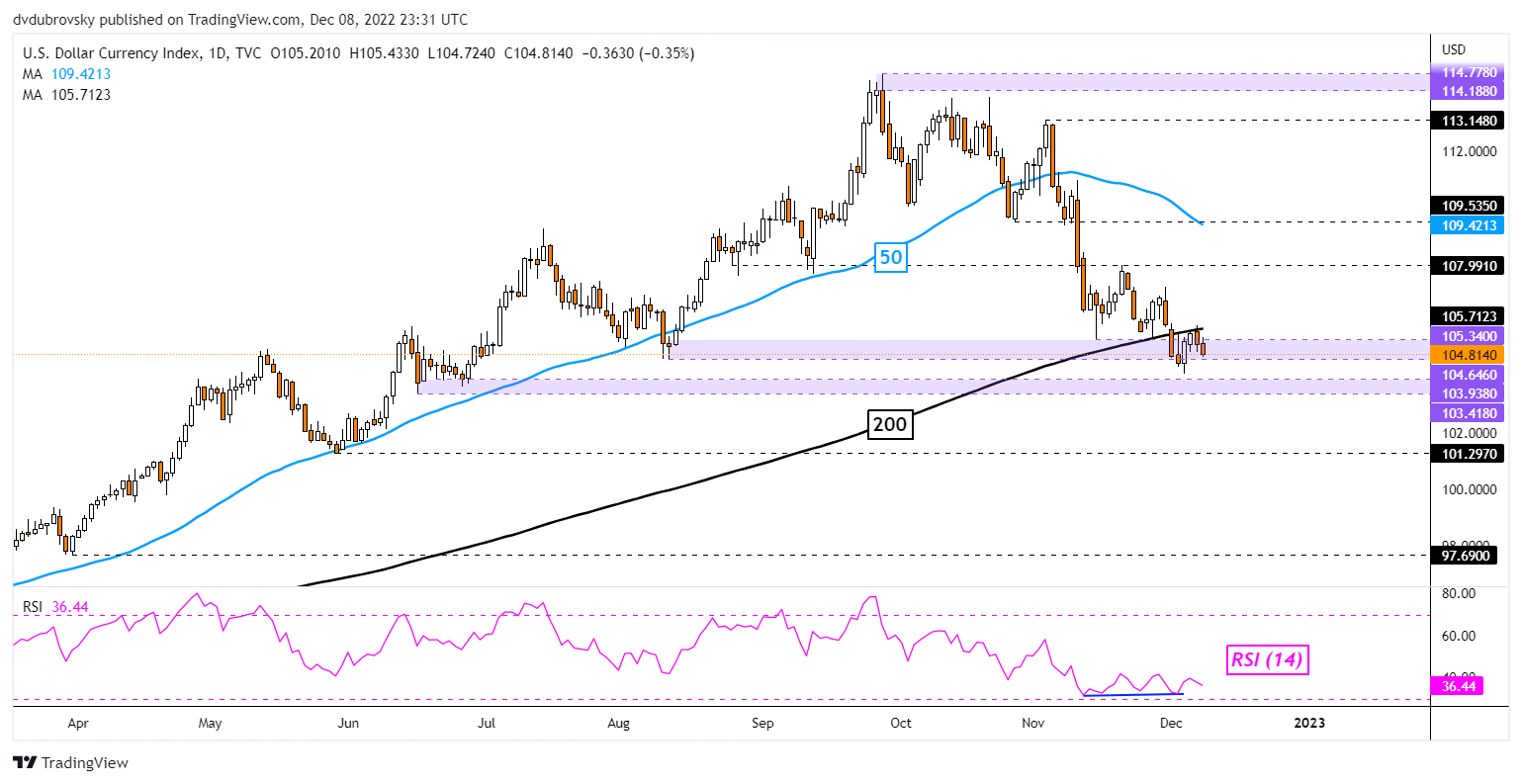 Google Shows Off New AI Search Features, But a ChatGPT Rival is Still Weeks Away – Slashdot