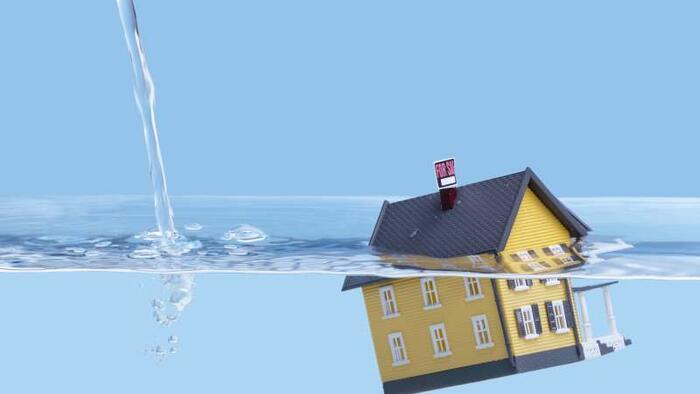 
As the housing market continues to implode – marking a record drop in pending home sales last month amid canceled deals and price cuts, there are around 450,000 homebuyers who owe more than their house is worth as of the end of the third quarter, according to a new analysis from Black Knight. Of those, around 60%, or 270,000, bought their homes in the first nine months of 2022. In total, around 8% of mortgages taken out in 2022 are now marginally underwater, with another 20% having a low equity position.

In short, there is little risk for those who bought more than a year ago – but 2022 homebuyers haven’t fared so well.

Among FHA purchase mortgage holders specifically, more than 25% have slipped underwater and more than three-quarters have less than 10% equity. This is an illustrative and, unfortunately, potentially vulnerable cohort that we will continue to keep a close eye on in the months ahead.”

What’s more, Black Knight found that excluding the pandemic, the ‘early-payment default’ (EPD) rate which tracks mortgage delinquencies within six months of origination, has hit its highest level since 2009 for FHA loans, which are government-backed loans typically issued to low-income Americans who would not otherwise be able to obtain a loan.

As one might expect, those with lower credit scores are most delinquent.

80% of homes bought through FHA or VA loans have less than 10% equity.

Digging deeper into the month’s data, Black Knight found that, while still relatively low among conforming loans, the early-payment default (EPD) rate – which captures mortgages that have become delinquent within six months of origination –– has risen among FHA loans for much of the past year to reach its highest level since 2009, excluding the months in the immediate wake of the pandemic. –Black Knight

That said, just 0.84% of overall mortgages have dipped into negative equity, which is “extremely low by historical standards.”

“Though the home price correction has slowed, it has still exposed a meaningful pocket of equity risk. Make no mistake: negative equity rates continue to run far below historical averages, but a clear bifurcation of risk has emerged between mortgaged homes purchased relatively recently versus those bought early in or before the pandemic,” Black Knight said in a statement. “Risk among earlier purchases is essentially nonexistent given the large equity cushions these mortgage holders are sitting on. More recent homebuyers don’t fare as well.”

In terms of market affordability, St. Louis, MO is the most affordable, while Sacramento, CA is the least affordable market based on current payment-to-income ratios vs. 1995-2003 averages.