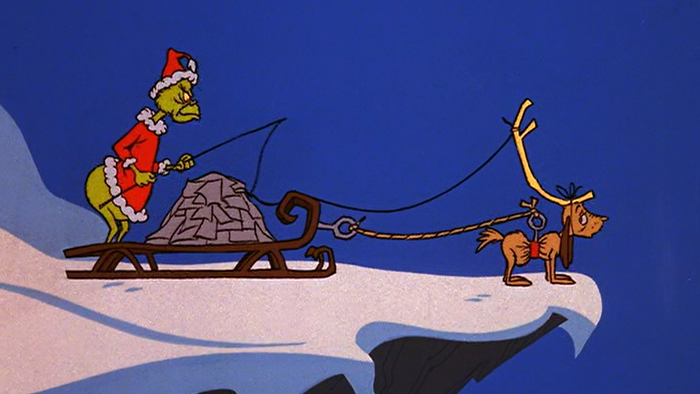 
With Black Friday and Cyber Monday sales topping a record $9.1 billion and $11.3 billion respectively this year, porch pirates are awash in booty.

As Kurt Knutsson (the ‘CyberGuy’) reports via Fox News;

Al Diaz of Rialto, California watched packages his father ordered get ripped off minutes after they were delivered. This grinch of a porch pirate drove away with over $1,000 worth of gifts in seconds. A pair of pajamas he had purchased for his dog and himself, as well as three Movado watches, said to be worth a combined $1,000, were all stolen from his porch in plain sight.

Thanks to online shopping and delivery services, holiday shopping has never been easier.

According to a recent study by Safewise, $19.5 billion worth of packages – some 210 million of them, disappeared from porches over the last year. That number is expected to grow as holiday season goes into full swing.

And while porch pirates of yore were typically unarmed, modern-day grinches have been spotted carrying loaded guns, such as three porch pirates from Antioch, Tennessee, who were spotted tailing a FedEx delivery truck and stealing packages delivered by the driver.

The three, driving a black Dodge Charger, were reported, caught, arrested and charged.

In Van Alstyne, Texas, the police are now allowing people to have their packages delivered to the police station, which is open 24 hours a day, seven days a week. Residents can show up any time to pick up their packages as long as they show a valid ID.

According to CyberGuy.com, there are 8 simple ways to avoid becoming a porch pirate victim, including purchasing a doorbell camera and other cameras around your driveway, picking a delivery date when you know someone will be home to receive packages, signing up for delivery notifications, getting to know your delivery drivers, and sending your packages to Amazon lockers.

On the other side of the coin, an Amazon driver was just arrested for not delivering packages. Are porch pirates evolving?