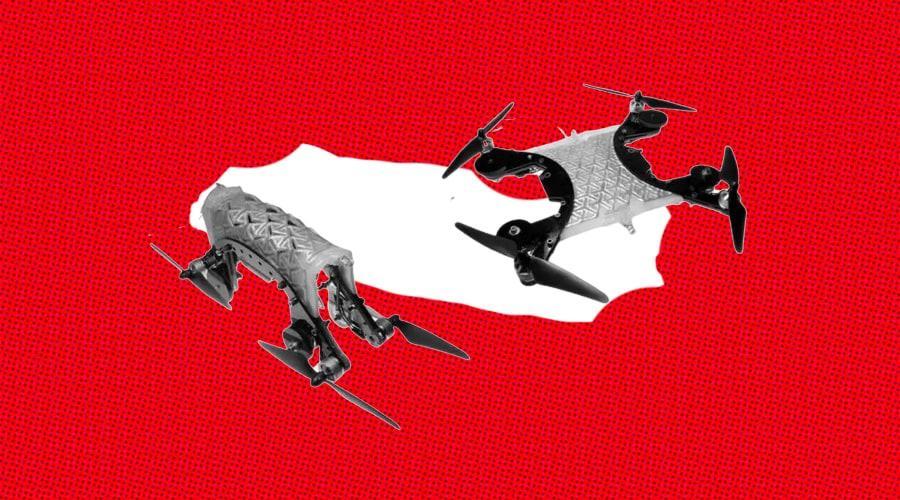 Columbian researchers have come up with a soft-bodied robot

For a soft-bodied robot to be practical, it must be simple, light, and energy-efficient yet reasonably quick. A newly developed mechanism fits the bill, inspired by the humble hair clip. If you’ve ever messed around with a hair clip, you may have noticed that it can be popped back and forth between two stable configurations – essentially concave and convex states. Very much inspired by that functionality, a team of scientists from Columbia University has developed what is known as the Hair Clip Mechanism (HCM).

In its present proof-of-concept form, the device consists of a strip of prestressed semi-rigid plastic with a simple electric servo at the base. Each time that servo applies a small amount of pressure to the plastic, the whole strip responds by swiftly moving from one of its stable states to the other, amplifying the applied force.

Not only does this setup use a small amount of electricity to produce a lot of fast movement, but it also allows a robot’s frame to double as its form of propulsion. As a result, the robot is less mechanically complex, less expensive to build, and lighter than it would be otherwise.

In a test of the technology, the scientists created a swimming robotic fish that uses a single-servo HCM to flap its tail, along with a quadruped robot that utilizes a two-servo HCM to gallop across flat surfaces.

The fish could swim at a top speed of 435 mm per second (or 2.0 body lengths per second), while the quadruped topped out at 313 mm/sec (1.6 body lengths per second). According to the team, these speeds are considerably higher than those previously recorded for similar small, soft-bodied robots. That said, it should be noted that a swimming robot recently created at North Carolina State University – which utilizes a hair-clip-like mechanism moves through the water at a spritely 3.74 body lengths per second.

The two Columbia HCM-bots can be seen in action in the video below. A paper on the research – led by Zechen Xiong, Yufeng Su, and Hod Lipson – has been presented to the 2023 International Conference on Robotics and Automation.