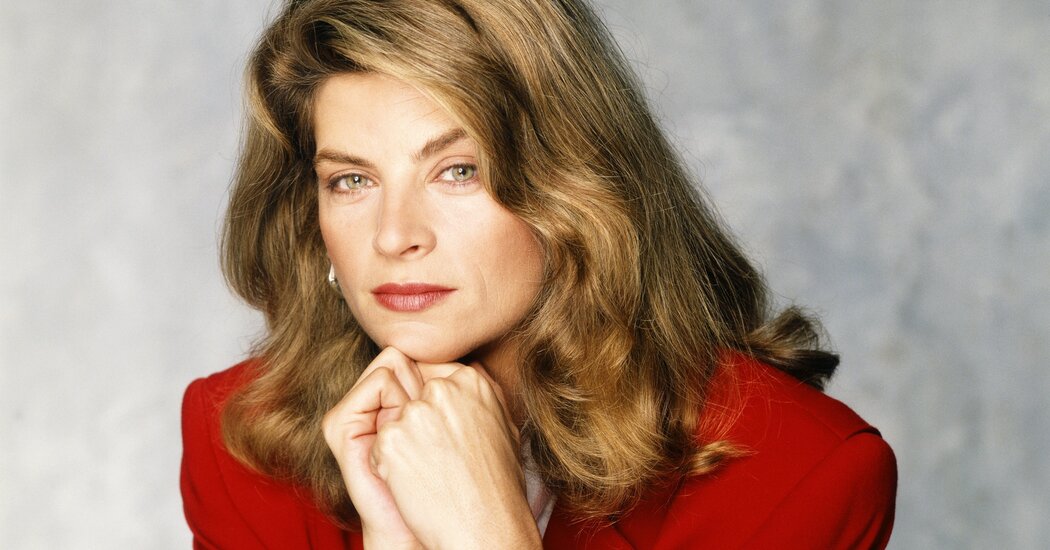 
Kirstie Alley, who took on the challenge of replacing a beloved character on one of the most popular sitcoms of the 1980s, “Cheers,” and made her own mark, earning an Emmy Award and a Golden Globe for her portrayal of the career-minded Rebecca Howe in that show, died on Monday. She was 71.

The cause was cancer, according to a statement from her family on Twitter.

“Cheers,” a workplace comedy set in a Boston saloon presided over by Sam Malone (Ted Danson), a former baseball player turned bartender, began in 1982. By 1987 it was among television’s top-rated shows, and Shelley Long had won an Emmy Award for playing Diane Chambers, a waitress and Sam’s on-again off-again love interest.

That year Ms. Long left the show, and Ms. Alley, who had appeared in a few movies but was not a major star, was cast as Rebecca, the character created to fill the Diane void.

“She was an unfamiliar face on television, so we wouldn’t be tilting the balance of the show by bringing in a known quantity,” James Burrows, one of the show’s creators, told The New York Times in 1987. “She had an incredible sexy voice that was perfect to drive Ted bananas.”

Ms. Alley quickly won over millions of viewers, helping to carry the show into the 1990s. She appeared in almost 150 episodes before the show wrapped in 1993. She won the Emmy for outstanding lead actress in a comedy series (the same award Ms. Long had won) in 1991 and was nominated for her “Cheers” work four other times.

Critics noted that Ms. Alley had brought a refreshing new dynamic to the show. That was possible because the creators wanted to reverse the dynamic of the earlier seasons.

“Sam owned the bar and Diane was his waitress,” as The Times noted in 1987. “What if this new woman owns or manages the bar and Sam is her bartender?”

At times, Rebecca appeared to be a hapless and gold-digging mess. In other moments, Ms. Alley portrayed her with a faux bravado, and with an attitude of indifference to others’ romantic advances. Her character gradually evolved from a corporate-pleasing manager to a full-fledged, genial member of the gang who was perky yet perpetually disappointed. Ensemble shows often founder when a cast member leaves, but “Cheers” was an exception.

“Most hit television series live the life of a thoroughbred: Five years or so out on the track and then a long, lucrative existence in retirement at stud — which in television translates to syndication,” Bill Carter of The Times wrote in 1990. “‘Cheers,’ which concludes its eighth year of competition this week, has in no way followed the form. Not only is the NBC comedy series out on the track every week still running, it’s picking up speed.”

In an interview with “Entertainment Tonight” in 2019, Ms. Alley looked back on her “Cheers” years as a somewhat chaotic time, with all kinds of misbehavior being the norm for a cast that included Mr. Danson and Woody Harrelson.

“We never paid attention, we were always in trouble,” she said. “We never showed up on time.”

In addition to her Emmy for “Cheers,” Ms. Alley won the 1994 Emmy for lead actress in a mini-series for the title role in “David’s Mother,” a drama about a woman who raises her autistic son alone.

Ms. Alley also starred in the NBC sitcom “Veronica’s Closet,” which ran from 1997 to 2000. Her character was the successful head of a lingerie company.

Marta Kauffman, a creator and an executive producer of “Veronica’s Closet,” said of Ms. Alley in 1997, “She is crazy most of the time, and I mean that in the best sense of the word.”

She received an Emmy nomination for her role on “Veronica’s Closet” in 1998.

In 2005, Ms. Alley shifted her attention to a mock-reality show about her weight. She said at the time that the show, “Fat Actress,” drew from her experience as a woman in Hollywood who did not meet the industry’s stereotypically slim beauty standards. Another show, “Kirstie Alley’s Big Life,” also focused on her weight-loss journey.

She struggled to control her weight for years after “Cheers,” sometimes topping 200 pounds but also sometimes shedding 50 pounds or more. Earlier in her life, she had also struggled with substance abuse.

Kirstie Louise Alley was born on Jan. 12, 1951, in Wichita, Kan., to Robert and Lillian Alley and was raised in a Roman Catholic family. She was particularly close with her grandfather, a lumber-company owner.

As a girl she was a competitive swimmer; her earliest mentions in newspapers, beginning in 1961, were for swim tournament results.

She attended Kansas State University but dropped out to become an interior decorator. Around that time, she developed an addiction to cocaine.

She eventually moved to Los Angeles and enrolled in Narconon, a rehabilitation program affiliated with the Church of Scientology.

When asked by Barbara Walters in 1992 why she had joined a religion with a problematic past, Ms. Alley said that she had “not come across anything” negative.

“It answered a lot of questions for me,” Ms. Alley said in 1997 of the church. “I was a pretty able person. I wasn’t looking for something like that. But I wanted to get rid of the barriers keeping me from what I wanted, to be an actress. It’s just part of my life.”

While living in Los Angeles, Ms. Alley began to take an interest in acting. In 1982, she made her film debut in “Star Trek II: The Wrath of Khan,” playing a half-Vulcan, half-Romulan lieutenant with pointy ears.

The next year she impressed theater critics as Maggie in Tennessee Williams’s “Cat on a Hot Tin Roof” at the Mark Taper Forum in Los Angeles, directed by Jose Quintero. Reviewers found a lot not to like in the show, but, Dan Sullivan wrote in his review in The Los Angeles Times, “what saves this production is precisely its Maggie, a young actress named Kirstie Alley.”

In 1989, by then well known from “Cheers,” she starred alongside John Travolta in the film “Look Who’s Talking,” a comedy in which a baby’s thoughts are spoken by Bruce Willis. Vincent Canby, reviewing the movie in The Times, wrote that “cute” was the “operative word” for a movie that starred “some good actors doing material that is not super.”

Mr. Travolta became a friend; he appeared in the first episode of “Fat Actress.”

Ms. Alley’s other film credits included two sequels to “Look Who’s Talking,” in 1990 and 1993; Woody Allen’s “Deconstructing Harry” (1997); and “Drop Dead Gorgeous” (1999). Among her most recent credits was the horror-comedy TV series “Scream Queens,” on which she was a regular in the second season. In the reality genre, she was a contestant on both “Dancing With the Stars” and “The Masked Singer.”

Ms. Alley’s marriage to Bob Alley ended in divorce, as did a later marriage, to the actor Parker Stevenson.

Ms. Alley told The New York Times in 1997 that she had sought out TV series throughout her career so she could have a normal schedule and be closer to her family.

“It’s the best lifestyle,” she said.