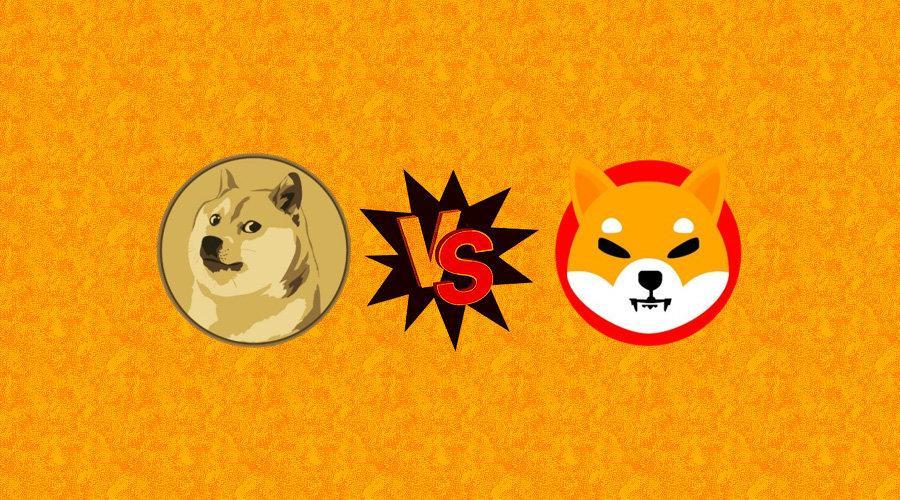 Dogecoin is a token that has been at the forefront of the meme coin culture since its launch in December 2013. It is the first decentralized cryptocurrency built around a meme. Coincidentally, Shiba Inu is also the face of Dogecoin. As such, its teeming community comprises millions of dog lovers, meme lovers, and other crypto enthusiasts from all parts of the world. It is the most popular meme coin in the world today. Like Shiba Inu, its fans spread across social media platforms like Twitter with 3.4 million followers, a Reddit page with 2.3 million subscribers, and a dedicated bitcoin talk forum with all the technical updates regarding the project.

As we mentioned earlier, Elon Musk is a huge fan of the Shiba Inu dog breed and owns one called Floki. His love for the breed translated into a love for Dogecoin, and his public displays of admiration/support for the project have contributed greatly to its success. Elon is a popular project evangelist, and for a good reason. The meme coin is an ERC-20 token with a plethora of utility within and outside its ecosystem, where it is used for payments and purchases. It is also deployed as a reward within the community. Members of the community who share helpful content are rewarded with Dogecoins.

Whenever Elon Musk tweets about the token, its market price shoots up, leading to astounding profits for token holders. Its all-time high of $0.731578 in May 2021 was after a price rally initiated by one of Elon’s tweets where he shared a lion king meme. Analysts predict that the price of Dogecoin will quadruple before the end of Q1 2023. The meme coin remains a wise choice that could bring in 400% profit for investors. With a total market cap of $9.1 billion, it ranks tenth on coinmarketcap indicating a solid project that will bounce back from the bear market with surprising momentum.

Shiba Inu is proof that the sky is only the starting point when an unquenchable passion for creating solutions leverages the incredible power of community. In the words of the meme coin’s founder Ryoshi, ‘Shiba Inu is an experiment in decentralized spontaneous community building.’ This experiment has evolved into a phenomenal meme coin project.

The founders understood that we are in a pivotal moment in human history when we need to shift from the conventional centralized way of building systems. Our educational, financial, political, and other structures are built such that there is an inequitable distribution of power amongst those functioning within the systems.

Shiba Inu is a giant step into the future, successful experimentation showing how much is possible if we all adopt the decentralized approach to building everything. With everyone contributing by volunteering their talents to the parts of the project where they are a good fit, we can create a community-led, community-driven platform that evolves to better serve the community’s needs.

Another feature that adds to the charm and appeal of the meme coin is that it was named after the Shiba Inu, a breed of energetic hunting dogs from Japan. In addition, the logo/face of the meme coin is the photo of a Shiba Inu. The collective admiration for this majestic breed of dogs further strengthens the bond between members of the massive Shiba Inu community.

The project is a platform for artists from all over the world to participate in the artistic Shiba movement and showcase their craft as they incorporate Shiba Inu into the world of NFTs. The global Shiba Inu community cuts across every popular social media platform. For instance, Shiba Inu has more than 3.4 million followers on Twitter and 474 thousand members on its Reddit page.

That’s not all; in terms of market capitalization, Shiba Inu ranks twelfth in the world on coinmarketcap with a total market cap of $7.2 billion. With support from big names like Elon Musk (who owns a pet Shiba Inu called Floki) and Vitalik Buterin (founder of Ethereum, who received a 50% supply of the cryptocurrency as a gift from the founder).

The meme coin is an ERC-20 token that operates on the Ethereum ($ETH) blockchain network. As its native currency, it unlocks access to the Shiba Inu ecosystem and all the incentives it holds. The first incredible pump happened in May 2021 when Vitalik Buterin burned 90% of his Shiba Inu holding after sending 10% to the Covid-19 relief fund.

Later, on September 17, 2021, when Shiba Inu got listed on Coinbase, the meme coin’s price shot up by more than 40%, turning many early adopters into millionaires overnight. The unprecedented success of Shiba Inu leads to the creation of several other meme coin projects.

The post Dogecoin vs. Shiba Inu: Which Cryptocurrency Will Yield a 100x Rally in 2023? appeared first on Analytics Insight.