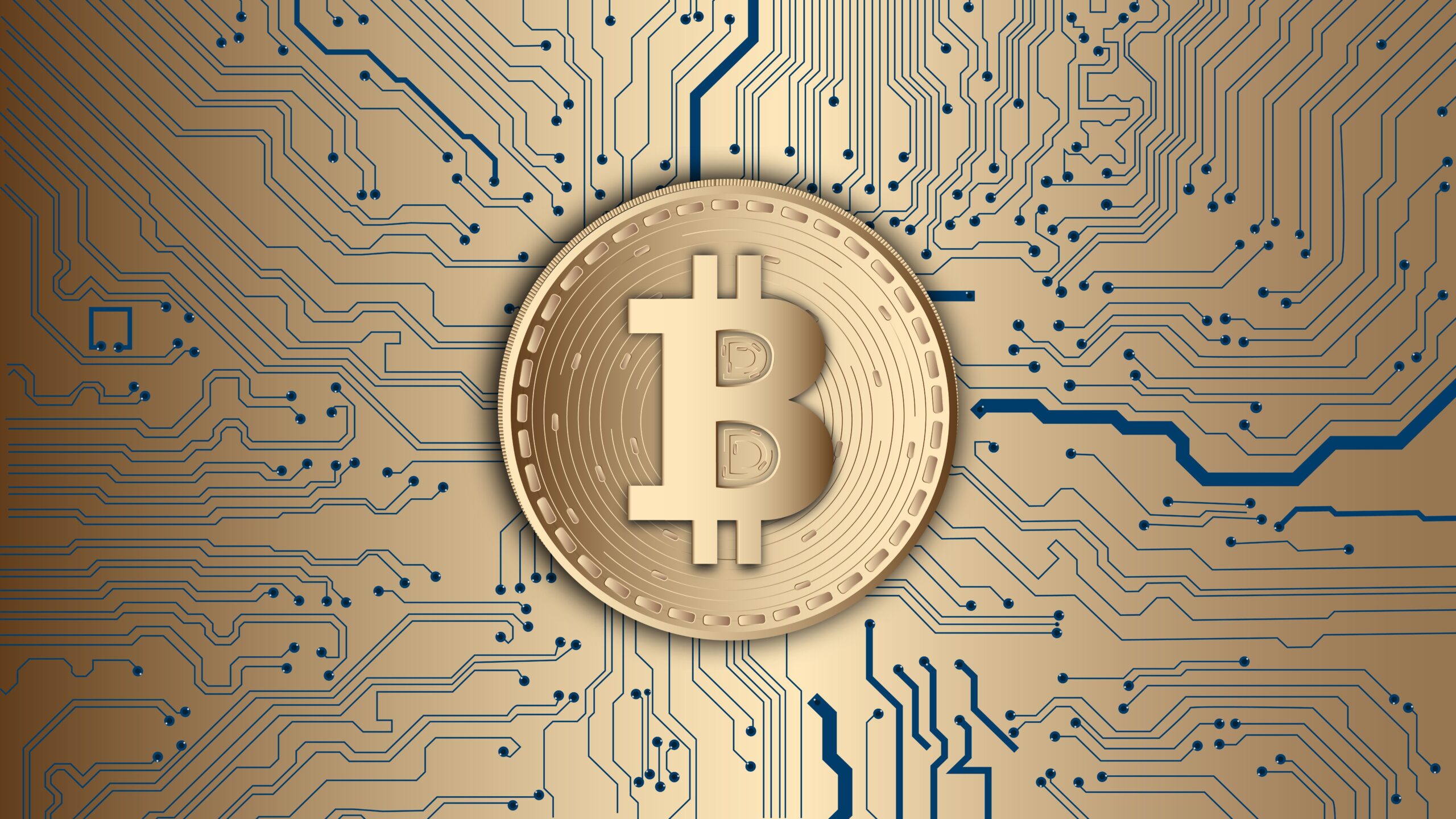 We are heading into the holiday season. It’s a Wonderful Life will be on television. And cryptocurrency bankruptcies will be in the news. Yesterday, BlockFi filed for bankruptcy. What does a seventy year old Frank Capra movie – about a bank run in a small town during the Great Depression – tell us about the latest crypto platform’s liquidity crisis? Will depositors get their money back? Is there any insurance for the creditors?

During the run on the bank scene, George Bailey – played by James Stewart – explains the nature of banking to the small town depositors in Bedford Falls.

The customers engaged in the bank run are acting rationally: they see lines of customers demanding their money be returned, and they want to get their own money out before the bank runs out of money. But they do not understand the mechanics of fractional reserve banking. As George Bailey explains, the money they deposited into savings accounts at Building & Loan is literally not there to be withdrawn. It is not waiting on a shelf in a little envelope with their name on it. Rather, it gets loaned out, multiple times over, to other people in the town. The deposits are now mortgage loans and auto loans. The rival bank in town (operated by villainous robber baron Mr. Potter) offers $.50 on the dollar to redeem shares in Bailey’s failing Building & Loan. But Bailey’s speech explains how the failure of a bank reverberates far beyond just the shareholders of the bank itself.

There is no evidence that anyone deeply involved in crypto trading platforms ever watched It’s a Wonderful Life.

BlockFi was a crypto exchange which offered its customers some bank-like services. On Google, it described itself as:

Don’t just buy crypto – start earning on it. Open an interest account with up to 8.6% APY, trade currencies, or borrow money without selling your assets

8.6% annual interest is a lot better than you get depositing your cash in a savings account, or even a certificate of deposit. How could BlockFi pay that interest on a deposit account?

Today in the United States Bankruptcy Court for New Jersey, BlockFi’s counsel described the company as the “antithesis” of FTX. Instead, BlockFi’s was described as a company operated and advised by mature experts, with strong internal controls. BlockFi gave its users access to loans in U.S. dollars against crypto holdings.

BlockFi users could deposit their cryptocurrency and receive a loan in U.S. dollars. This was useful if you had 1 Bitcoin (which traded between roughly $30,000 and $60,000 during 2021) but you did not want to sell it. Perhaps you thought it would keep going up. Perhaps you didn’t want a taxable event. Perhaps you only needed a few thousand dollars (but did not want to pay credit card interest) or you rented an apartment (and thus could not take out a home equity loan or line of credit). BlockFi also allowed depositors to earn interest on the cryptocurrency in their accounts. Can you see how this relates to George Bailey?

And BlockFI was considered very safe. Only 5% of assets deposited with BlockFi, which were in hot wallets (for daily trading), were actively held by BlockFi. Those were insured by Aon. BlockFi’s counsel claimed that, once each day, every customer wallet was balanced against a ledger, and assets in wallets were not comingled and not rehypothecated.

BlockFi’s counsel also stated that it intends to file an early motion to allow retail depositors to access their wallets and make withdrawals, if they wish. So that’s good!

The crypto deposited with BlockFi was not insured by FDIC or SIPC. Rather, BlockFi described a type of “collateralization” protection. If a borrower wanted to borrow your Bitcoin, they would need to have the same amount of money in their own Bitcoin. If a borrower failed to pay back a loan, their single Bitcoin of collateral would still be on the platform.

Except it turns out that FTX had only a crime policy. It protects against certain types of unlawful theft and fraud, but it’s unlikely to provide broad coverage to depositors.

A regulated and insured bank has limits on how many loans they can make, based on how many reserves they have. But what were BlockFi’s “reserves”? That is actually a compound question: (1) how much were the reserves worth in U.S. dollars, and (2) where the reserves in something safe and boring like cash and short dated U.S. Treasuries or in something exciting like a crypto-token? What happens when the value of the collateral of the loans – the Bitcoin – collapsed? Or the value of BlockFi’s reserves? George Bailey could tell you.

A regulated and insured bank has limits on how many loans they can make, based on how many reserves they have. But what were BlockFi’s “reserves”?

The other 95% of assets deposited with BlockFi were supposedly held and stored by its primary custodian: Gemini (a company started by the Winklevoss twins). Then last week, Gemini suffered at least $485 million in outflows and informed its investors it may declare bankruptcy. Gemini also offered crypto staking; which is a bit like fractional reserve banking. Can you see where this is going?

We’ll get back to Gemini, later.

Earlier this year, BlockFi was in financial trouble because of its exposure to Three Arrows Capital; a crypto-focused hedge fund which collapsed. Three Arrows had a large position in the failed Luna token. Between May 7 and May 10, 2022, the the Luna token’s collapsed from $82.55 to $.000001, which spread contagion through the industry. BlockFi’s counsel indicated Three Arrows was its 1st or 2nd largest borrower client.

BlockFi experienced about $80 million in losses based on its exposure to Three Arrows, and was rescued by FTX in July. The rescue included FTX extending a large line of credit (around $250 million USD worth) and an option to buy BlockFi. People thought FTX had strong financials at the time. Turns out, maybe it didn’t! BlockFi’s line of credit has evaporated with the FTX bankruptcy, and it also appears that much of the line of credit was not in dollars but was instead in FTX’s own FTT tokens (which have rapidly deteriorated in value).

About two weeks ago, on Thursday, November 10th, BlockFi halted customer withdrawals, citing the FTX liquidity crisis. It claimed “a lack of clarity” over the status of bankrupt FTX and Alameda Research, required it to halt withdrawals. It also announced then that it was exploring “all options.”

FTX filed for bankruptcy the next day. BlockFi immediately became a large creditor of FTX. In yesterday’s bankruptcy filing, BlockFi estimated it has between $1 billion and $10 billion in liabilities, spread across more than 100,000 creditors. It also claims it has slightly around $257 million in cash.

Against its assets, BlockFi lists Ankura Trust Company as its largest unsecured creditor, being owed about $729 million. Ankura reportedly provides trustee services for BlockFi’s interest-bearing crypto accounts. Depositors who put their coins into BlockFi to earn interest now have an unsecured claim on the remains of BlockFi.

BlockFi also owes FTX US $275 million. This is likely how much it drew against the line of credit FTX extended in July. Reading various court documents from both bankruptcies together, it appears from the First Day Declaration of John J. Ray, III (the new CEO of FTX) that FTX actually loaned BlockFi $250 million worth of FTT tokens, and not actual U.S. dollars. Which would be a very crypto thing to do. But today in Court, BlockFi’s counsel indicated that the loan was in USDC stable coins (which are backed by cash and short-term U.S. Treasuries). That’s a very big difference! But the two court cases will clear up what the loan was actually in.

The FTT token gave users of FTX various discounts and incentives; similar to airline miles or grocery store VIP points. Or loyalty points in a casino for using certain types of chips? The more FTT tokens you held in your account, the greater level of discounts, rewards, and interest payments you could get. FTT tokens peaked in price at over $50 each last spring (six months after Bitcoin, Ethereum, and other coins began losing value). Over the last week they have ranged from $1.23 to $1.58. In contrast, USDC has varied less than $.9998 to $1.0005 in the last year. So not very much.

If I were very hungry, it would be great to get a $250 million worth of sub-club points. I would be able to get sandwiches for the rest of my life. But I would much rather pay the loan back in worthless sub-club points from a bankrupt store, instead of pay you back in real U.S. dollars.

Reading the tea leaves, the crypto world thought that there was a $400 million line of credit secured in July between BlockFi and FTX, but maybe it was like giving BlockFi several hundred million worth of airline miles and sub-club points at a store (FTX) with a multi-billion dollar black hole on its balance sheet? Did FTX give BlockFi $250 million in FTT tokens (which were worth, perhaps, $25-30 each at the time) and now BlockFi owes FTX back $275 million in actual U.S. dollars (while the tokens are now worth less than $1.50)? I don’t think BlockFi can just return the greatly-devalued FTT tokens, but I haven’t seen the loan documents yet! That will be a very good trade, if BlockFi can. But if the transfer was in USDC, which are basically equal to dollars, then that’s a different story.

But back to customer deposits and Gemini. Gemini has not filed for bankruptcy. U.S. dollars held in Gemini accounts were often held in major U.S. banks, like J.P. Morgan, State Street Bank and Trust, and others. Those deposits may be eligible for FDIC pass through insurance (subject to any applicable limitations on FDIC insurance and the Gemini user agreement). Gemini’s user agreement discloses a third-party commercial crime and specie insurance policy for digital assets in its custody held in hot wallets. This is probably from Lloyd’s or other London market insurers (or a combination). But the user agreement also states that digital assets are not subject to FDIC or SIPC insurance protections. And at most, it appears from court filings that BlockFi has about $30 million of directors & officers insurance and several million worth of coverage under other policies.

Unlike your cash deposits at a regulated bank, digital assets were not insured under FDIC or SIPC type programs.

In July, when FTX was the second largest crypto exchange in the world, worth $32 billion, and Sam Bankman Fried was being praised as the “J.P. Morgan of crypto,” any company within his orbit seemed safe enough. Proximity to FTX and Alameda meant proximity to liquidity. He could stop a run on the bank at any small crypto platform, without having to give an impassioned speech like George Bailey did. He just needed a single tweet! Four months later, and the companies within FTX’s orbit are now collapsing.

Investors and depositors should not expect that there will be easy access to insurance money to repay them. Unlike your cash deposits at a regulated bank, digital assets were not insured under FDIC or SIPC type programs. The crime and specie policies maintained by these platforms will typically not cover the types of losses being cited in the bankruptcy petitions. Investors or depositors with significant losses should contact a lawyer regarding various options.