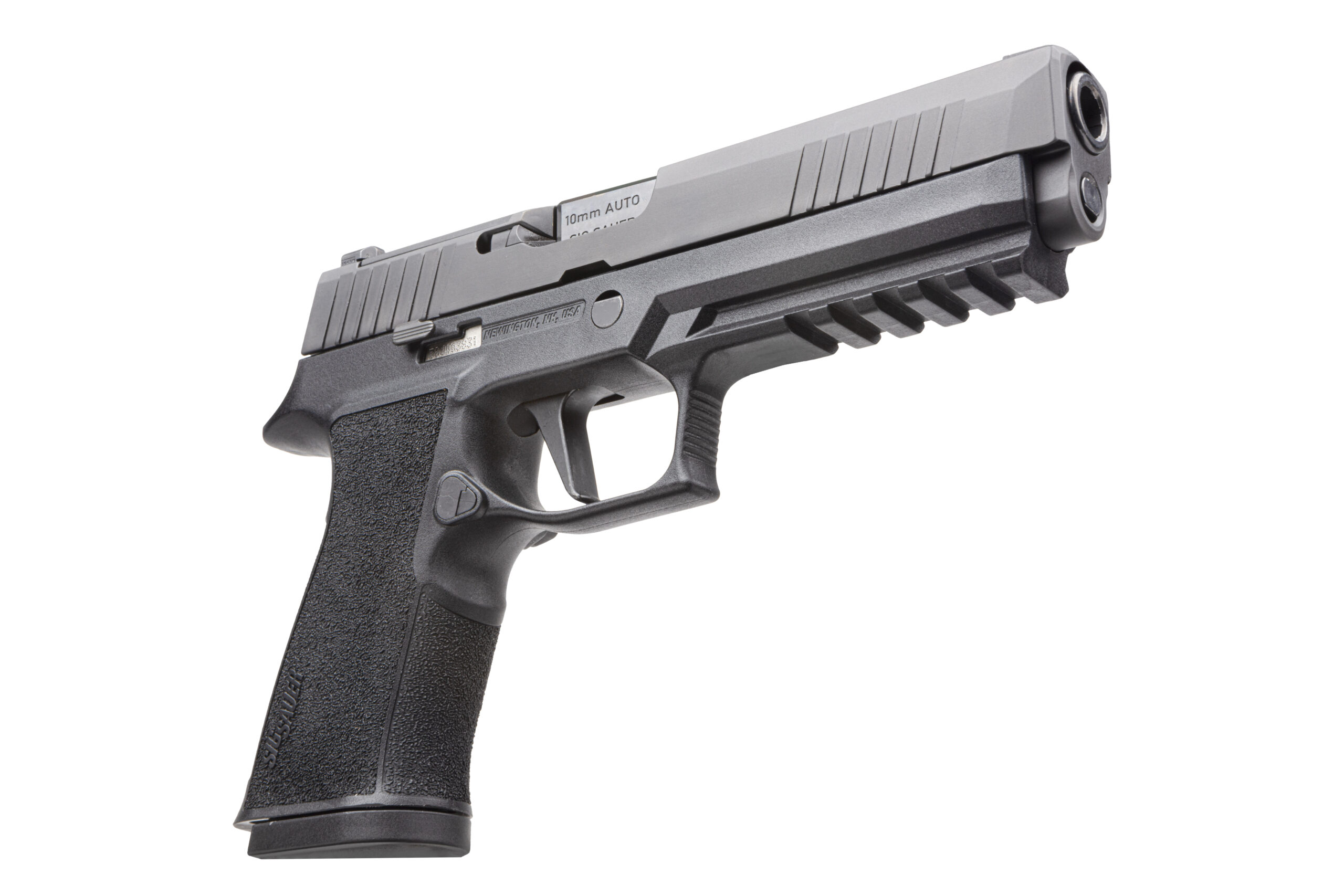 Police and federal law enforcement officers are among 20 people from multiple states saying they were wounded by a popular type of Sig Sauer pistol, the latest lawsuit alleging that the gun is susceptible to going off without the trigger being pulled.

The lawsuit, filed Wednesday in U.S. federal court in Concord, New Hampshire, says there have been over 100 incidents of the P320 pistol unintentionally discharging when the user believed they did not pull the trigger.

“These men and women were highly trained officers, veterans, and responsible and safety-conscious gun users who put their trust in Sig Sauer, unaware that the gun they used to serve was a danger to themselves and anyone around them,” Robert Zimmerman, an attorney representing the group of 20 and about a dozen spouses, said in a statement.

Zimmerman said it is the largest P320 lawsuit against the New Hampshire-based gunmaker on behalf of people who were injured.

The incidents covered in the lawsuit range from February 2020 to this October.

In many cases, the gun discharged while still in the user’s holster, seriously injuring them in the leg or hip and leaving them unable to perform their usual duties, according to the lawsuit. They were not touching the trigger, the lawsuit said.

One of the plaintiffs is Dionicio “DJ” Delgado of Virginia, 62, a U.S. Navy veteran who instructed servicemembers in firearms training and safety for over 20 years. He said he was hurt in the leg and calf by a bullet from his P320 in February at a private shooting range on his property after he had just holstered his gun.

“The first thing that came out of everybody’s mouth who knew me said, `How did that happen, you’re the safest person we know with a firearm,” said Delgado, who was out of work for six weeks, unable to climb a ladder or get on a roof for his property inspector job.

He said some people assumed he had his finger on the trigger, or manipulated it someway, or did something to it to shoot himself.

Sig Sauer has prevailed in some cases. It has settled at least one federal class action lawsuit involving P320 pistols.

“Being looked at and told, `It was your fault,’ that was the embarrassing part, and it kind of angers me,” Delgado said.

Sig Sauer denies allegations that the pistol is prone to discharging without the use of the trigger.

“The P320 is designed to fire when the trigger is pulled,” Sig Sauer spokesperson Samantha Piatt said in a statement Friday. “It includes internal safeties that prevent the firearm from discharging without a trigger pull.”

The lawsuit details negligence and product liability claims against Sig Sauer, as well as deceptive marketing practices for the gun, advertising “it won’t fire unless you want it to.”

One of the allegations of negligence is that Sig Sauer equipped a U.S. Army version of the P320 with a manual safety that guarded against unintentional firing, yet left it off non-military models, co-counsel Daniel Ceisler said. Only one non-military model of the gun offered that feature as an option, the lawsuit said.

“To make a gun with a trigger this short and this light without any sort of external safety is reckless and unprecedented,” Ceisler said.

Piatt said that the trigger pull force of the P320 is “consistent with industry practice,” and that Sig Sauer offers models with a manual safety.

The gun was first introduced in 2014. Sig Sauer offered a “voluntary upgrade” in 2017 to include an alternate design that reduces the weight of the trigger, among other features. Zimmerman said the upgrade did not stop the problem of unintentional discharges.

Sig Sauer has also denied the allegations made in similar lawsuits filed by Zimmerman and others, including ones involving a military veteran in Philadelphia and a federal agent from suburban Philadelphia. Milwaukee’s police union sued the city over officers’ use of the P320, saying the handguns inadvertently misfired three times in the last two years resulting in injuries to two officers.

Sig Sauer has prevailed in some cases. It has settled at least one federal class action lawsuit involving P320 pistols made before 2017, offering refunds or replacement guns to purchasers.