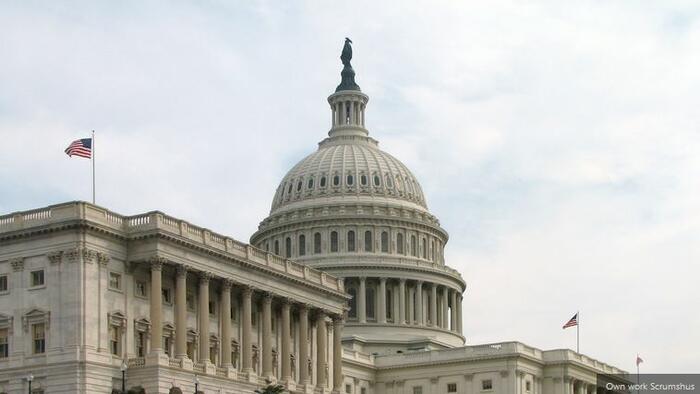 The results of the 2022 midterms will be dissected endlessly. But among the political ramifications is a very important question for American business executives: With Big Business increasingly involved in political debates (and usually taking sides against Republicans), how will the relationship between the two change under a new GOP House majority?

One answer is that companies should be ready for a wake-up call. This Republican majority will be more populist and less deferential to massive corporations than any that has come to power in the past. Never has the disconnect between executives, employees, and customers been so apparent.

In the coming months, it’s vital for C-suite executives to eliminate their cultural and political blind spots by bringing new voices to their boardrooms – voices belonging to people who see the world differently than they do.

Until now, business has taken Republicans’ relative friendliness for granted. Too often they’ve given into pressure from outside liberal activists or their own left-of-center employees, and taken sides against conservatives, putting themselves at odds with half the country’s consumers – or more.

Republican politicians are now fighting back, using the levers of government to treat these companies as the political actors they become once they enter the arena. Companies should know this and prepare themselves for this new paradigm. They should understand that if they want to be in the political arena, that’s okay. But there’s now liable to be a cost. For one thing, if they behave like political adversaries, Republicans will increasingly treat them as such.

Chick-fil-A and Patagonia are two brands that couldn’t be more opposite ideologically. Yet surveys show they’re both among the most respected companies in the country. Chick-fil-A’s Midtown Manhattan location is New York’s busiest lunchtime restaurant, while the iconic Patagonia vest is practically ubiquitous among conservative millennials.

How could this be? One answer is disarmingly simple: People don’t mind if you pick a side; they mind if you pick and choose sides depending on the prevailing winds. They mind if you’re craven about your firm’s politics. Conservative Chick-fil-A and progressive Patagonia are the opposite of cynical. They are sincere and quite clear about where they stand – and it shows in all they do. People may not agree with them, but they respect them.

It’s when companies are reactive and impulsive that they get into trouble and alienate their customers. The playbook is well-known. The left and its Twitter mobs spin up companies by claiming the debate of the day is really about “democracy itself,” “civil rights,” or some other rhetoric that raises the stakes, compelling corporate involvement in political fights that have little, if anything, to do with a company’s core business.

We saw this at play with Major League Baseball and Delta Airlines during the battle over Georgia’s election reform bill. Then, when the sky doesn’t fall – or, in that case, when voter turnout doubles after the law passes, Chicken Little becomes The Boy Who Cried Wolf.

I’m sympathetic to those in the C-suite. Imagine you’re sitting in your office one day and suddenly you’re thrust into the middle of a massive political debate. Whatever you need to do to stop the noise seems like the smartest and most rational thing to do. But the liberal online mob in your Twitter mentions doesn’t care about your company. You are a means to an end, a tool to achieve their political goals. If you fold, they’ll come after you again down the line.

Companies need to escape their own bubbles. Too many of them have a reinforcing feedback loop. They focus solely on physical diversity, but not enough on diversity of thought. Wouldn’t it give a CEO pause if they looked around the boardroom and found everyone agreeing with them on business decisions? Shouldn’t it be the same when it comes to wading into political or social debates?

Half the country voted Republican on Nov. 8. The same was true in 2020. C-suite executives need to ask themselves who they regularly talk to that can credibly speak for these voters. And are they doing this proactively, before a problem lands on their lap?

It’s good to stand for something, but a mission doesn’t have to be political. It can simply be making a better product or delivering the best value for shareholders. Decide on it, make it consistent with the business, then ensure it permeates the organization.

For instance, I took a stance that my company is better working together, in person and not solely from our couches. As we emerged from COVID, we committed ourselves to that mission. Today, all 400 of us are in the office working collaboratively once again.

Remember, the next political fight is almost never “the issue of our time.” And no, whatever is in a company’s Twitter mentions probably isn’t “a threat to democracy.” In the end, people want to know that a company does what it’s meant to do. It’s about your product, not your politics.