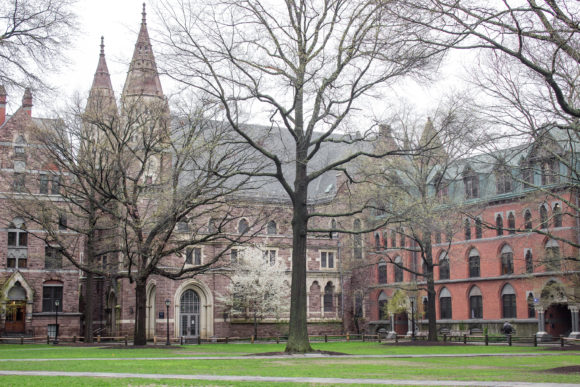 Yale University was sued for allegedly violating the Americans with Disabilities Act by unfairly penalizing students who are dealing with mental-health issues.

For decades, Yale has “treated unequally and failed to accommodate students with mental health disabilities, including by modifying policies, in violation of federal law,” according to the suit filed Wednesday by two students and a mental-health advocacy group, Elis for Rachel Inc. They seek class-action status for complaint filed in New Haven, Connecticut, where Yale is located.

Yale imposes punitive consequences for students who are forced to withdraw because of their disability, makes it almost impossible to attend anything but full-time, and refuses accommodations for disabilities in coursework or housing, according to the suit. Such policies have a greater impact on “students of color, students from poor families or rural areas, and international students,” the suit said.

A spokeswoman for Yale, Karen Peart, said the university has taken steps in recent years to simplify the return for students on medical withdrawals and to provide more support.

“Yale’s faculty, staff, and leaders care deeply about our students,” Peart said in a statement. “The university is confident that our policies comply with all applicable laws and regulations. Nonetheless, we have been working on policy changes that are responsive to students’ emotional and financial wellbeing.”

One plaintiff, Hannah Neves, said she has “involuntarily withdrawn from Yale within days of her seeking inpatient mental health treatment,” according to the lawsuit. Neves claimed the university urged her to take “voluntary” time off when she showed symptoms of a mental health disability, rather than consider any possible accommodations that would keep her enrolled.

A belief by students that seeking mental-health treatment could lead to withdrawal deters them from seeking treatment, according to the suit.

The case is Elis for Rachel v. Yale University, 22-cv-01517, US District Court, District of Connecticut