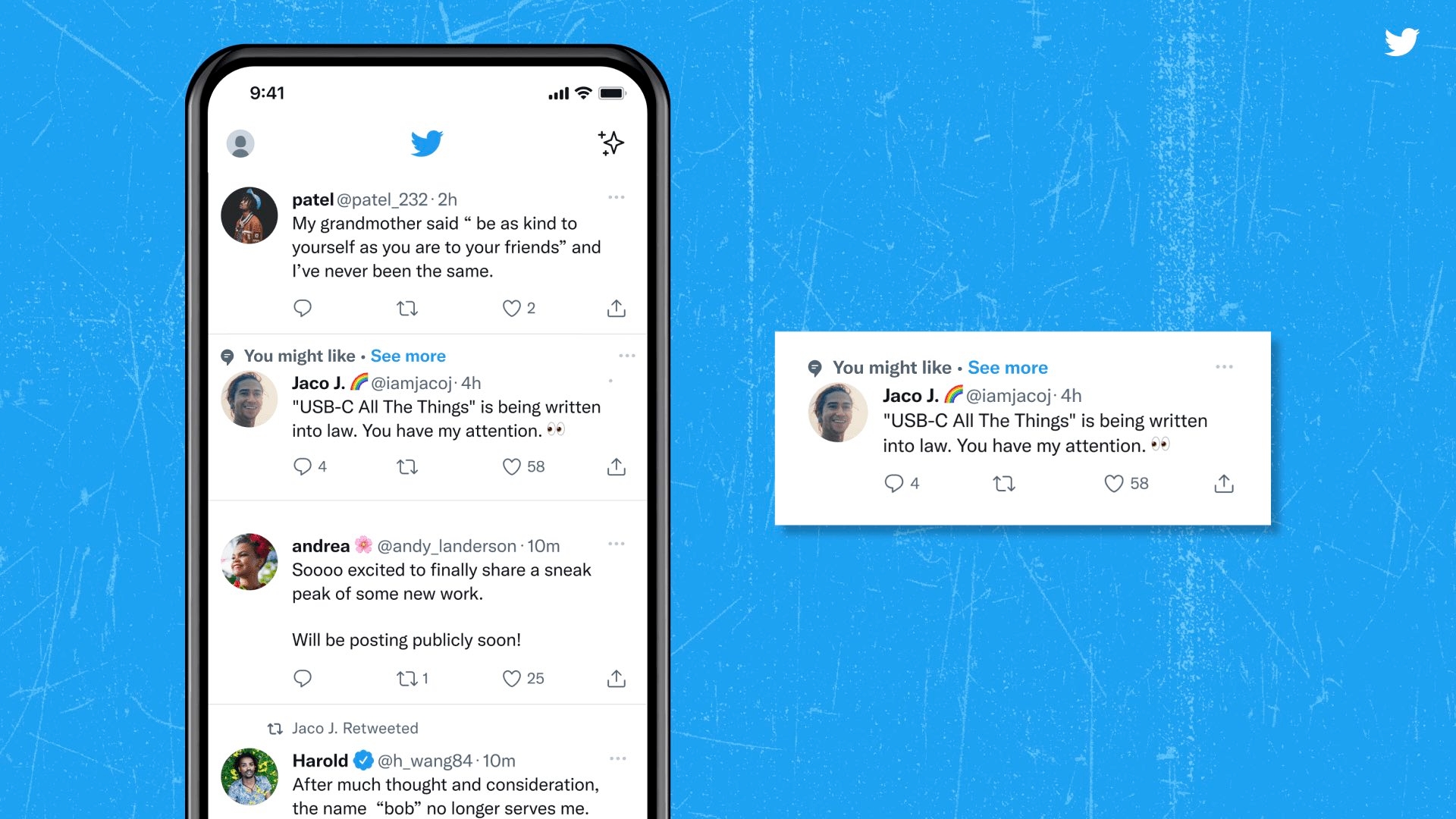 
Twitter is now pushing more tweets from accounts users don’t already follow into their timelines. The company revealed that it’s now surfacing recommendations to all its users, even people who had successfully avoided them in the past.

“We want to ensure everyone on Twitter sees the best content on the platform, so we’re expanding recommendations to all users, including those who may not have seen them in the past,” the company wrote in a tweet.

It’s not clear if this means recommendations will begin to appear in the “latest” timeline, which sorts tweets chronologically and has historically not included recommendations, or if Twitter is simply making recommendations more prominent in other parts of the app. In its tweet, the company pointed to a from September, which states that “recommendations can appear in your Home timeline, certain places within the Explore tab, and elsewhere on Twitter.”

Anecdotally, it seems some users are already to their timelines, with the appearance of new topic suggestions and many tweets from seemingly random accounts.

Though the change may feel jarring, it’s not the first time the company has experimented with adding more suggested content. Twitter has been pushing recommendations into various parts of its service , though it has sometimes tweaked how often these suggestions appear. In the past, Twitter has also been careful to note that it bars certain types of content from recommendations in order to avoid amplifying potentially harmful or low-quality content, though it’s not entirely clear if that’s still the case. The company no longer has a communications team.

Interestingly, Twitter’s current CEO, Elon Musk, hasn’t always spoken favorably about the platform’s recommendation algorithms. Back in May, that using the app’s “latest” timeline was crucial to “fix” Twitter’s feed. “You are being manipulated by the algorithm in ways you don’t realize,” he said at the time. Musk, who has also spoken about his desire to Twitter’s algorithms, hasn’t yet weighed in on the new expansion of recommendations, or how the feature works.