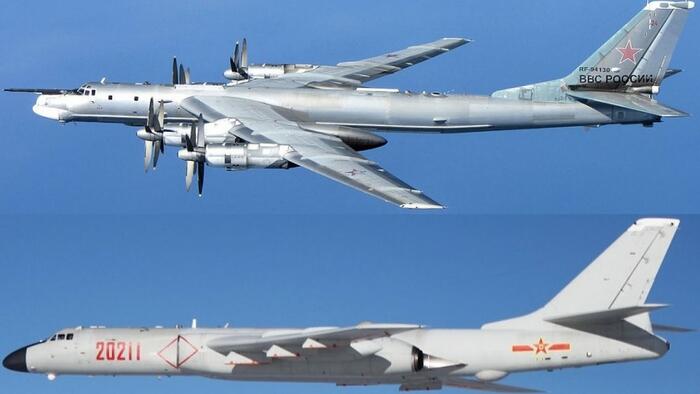 Additionally, Russian and Chinese bombers were monitored flying over regional waters nearby, but not in breach of the South Korean air defense zone.

The South Korean military statement of the events, which spanned hours, was published in AFP as follows:

“Our military deployed air force fighter jets even before Chinese and Russian aircraft entered the KADIZ to take tactical measures in case of contingency,” the JCS said in a statement.

“Around the same time, what appears to be two Russian aircraft flew south over the Sea of Japan and then turned around,” it said, adding that it had scrambled jets in response.

At one point the group included four Russian TU-95 bombers, which indeed suggests that this was a planned significant joint aerial exercise.

The flights triggered at alert among Japan’s defense force as well, with Japanese fighter jets also having been dispatched over the Sea of Japan.

While such Chinese-Russian cooperation in bomber patrol flights is less common, the past year has seen stepped up naval patrols among the two countries, coming at a time Washington has put pressure on both related to the war in Ukraine.