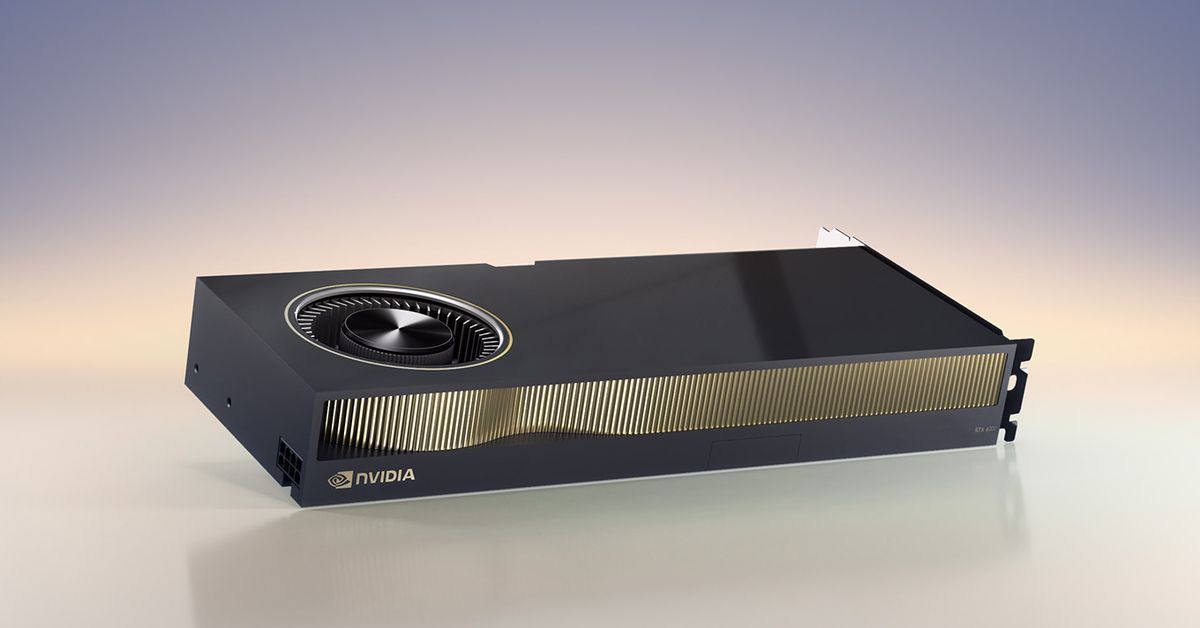 
Nvidia’s about to launch its new for-serious-work-only RTX 6000 graphics card, and it’s going to be expensive. The new workstation card apparently showed up in retail listings on sites like ShopBLT and CompSource, according to VideoCardz, with prices coming in at a business expense-busting $7,378 to over $8,000.

Announced in September, the RTX 6000 is powered by the same Ada Lovelace architecture as Nvidia’s new RTX 40XX-series gaming offerings. We didn’t get information about the 6000’s pricing at that time, but competing top-end workstation cards like AMD’s Radeon Pro W6800 with 32GB of VRAM can cost less than $4,000 in comparison. Even Apple’s overpriced W6900X doesn’t go over $6,000.

To be fair, the new RTX 6000 has 48GB of GDDR6 ECC RAM, and based on specs published by Leadtek, it has over four times the single-precision performance at about 91.1 teraflops compared to 22.2 on the W6900X. So with that kind of arsenal, Solidworks users could potentially load all of the objects.

Although the RTX 4090 with 24GB of VRAM has half the amount of memory as the RTX 6000, they’re almost on par with other specs, like memory bandwidth and both tensor and ray-tracing cores. Also, differentiating the products is tougher now since Nvidia decided not to use its workstation Quadro branding on the 6000.

But most importantly for engineering firms, the RTX 6000 apparently requires less power with a max 300W compared to the 4090’s gulping 450W draw to go along with its pricey ECC RAM. So upgrading will technically be easier for some workstations that aren’t ready for that overhead. What won’t be easier is actually affording to do it.