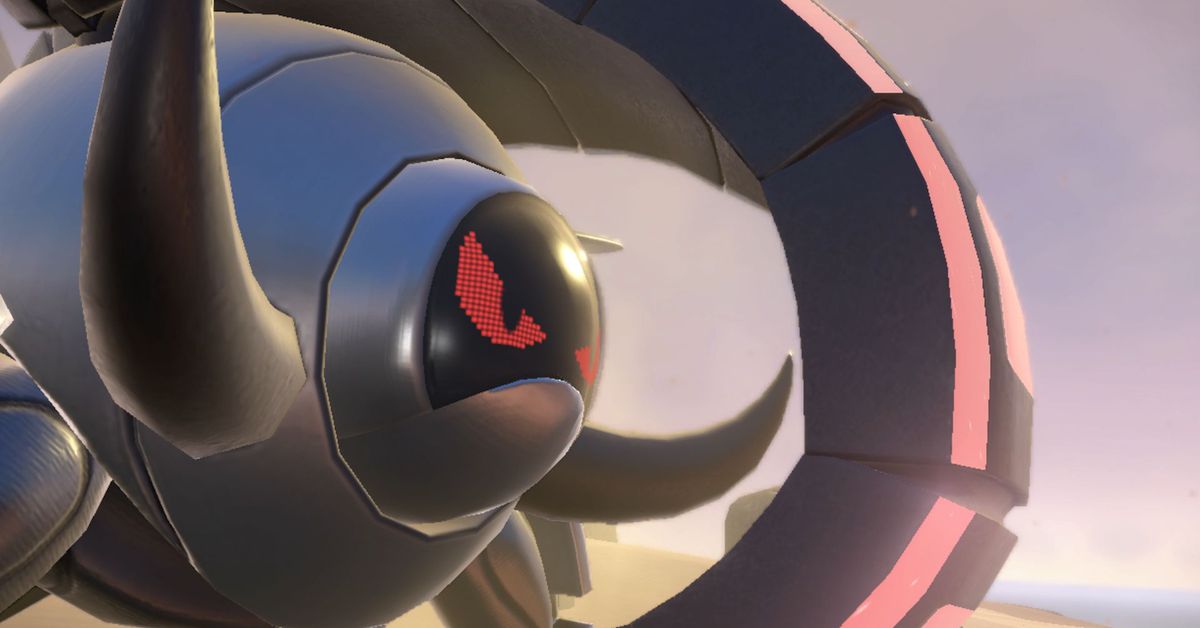 
There are new, mysterious Pokémon in Pokémon Scarlet and Violet — creatures people have been calling Paradox Pokémon. They’re monsters that exist in both the past and future, pulled into the present by nebulous means. They’re not exactly legendary Pokémon like in past games, but they are only available after you’ve finished the main story for Scarlet and Violet.

Great Tusk and Iron Treads, riffs on the ground-type Donphan, were the first Paradox Pokémon revealed; they’re respective to Scarlet and Violet developer The Pokémon Company revealed. Players got a peek at the Paradox creatures ahead of the game’s release, leaving the rest a mystery — at least until the leaks starting rolling out. You’ll hear whispers of these Pokémon throughout the game, but you won’t learn more until you hit the endgame. Let’s explain.

[Ed. note: This guide has spoilers for Scarlet and Violet’s endgame.]

What are Paradox Pokémon?

Paradox Pokémon are Pokémon that were pulled from the past and future via a time machine, entering Paldea and hanging around in its cloudy Area Zero in the middle of the map. While a few of these Pokémon may look like creatures you know and love, they’re entirely new, and not just regional variants.

Paradox Pokémon differ in both Scarlet and Violet — the ancient-looking ones are found in Scarlet, and the futuristic ones in Violet. For instance, if you’ve got Scarlet, you’ll have to trade with a Violet player to get those game-specific Paradox Pokémon.

Here are the Paradox Pokémon you’ll find in Scarlet:

And the Paradox Pokémon in Violet:

What’s so special about Paradox Pokémon?

Well, they look cool. Look at Scream Tail. It’s a Jigglypuff with glowing eyes and a sick hairstyle.

The exceptions here are Koraidon and Miraidon, which have the abilities Orichalcum Pulse and Hadron Engine. The former puts harsh sunlight on the field for five turns, while the latter does the same with Electric Terrain.

When can I use Koraidon and Miraidon in battle?

You’ll get one of these Paradox Pokémon at the start of the game, depending on whether you chose Scarlet or Violet. (As a reminder, it’s Koraidon for Scarlet and Miraidon for Violet.) You can’t exactly catch them in Area Zero — with one exception. But once you’ve gotten to Area Zero and close to the end of the story, you’ll battle a wild Koraidon/Miraidon — and your own Pokémon will regain its strength to battle it.

You can then use Koraidon or Miraidon like you would any other Pokémon, except that it doesn’t live in a Poké Ball or your boxes. You’ll need to change it from ride-on mode to battle mode by clicking it in your team lineup screen — once you’ve clicked it, you’ll be asked if you want it to transform into battle mode. It’ll be removed from your active team after you ride it again.

Once you hit credits on the game, you can go back to Area Zero and battle that same Pokémon again — it’s all the way at the very bottom of Area Zero. You can do this battle just once. It’s handy to have a second Koraidon or Miraidon if you don’t want to be constantly switching from ride-on to battle modes.

How do I catch Paradox Pokémon in Scarlet and Violet?

With the exception of Koraidon and Miraidon, which are given to you at the start of the game, Paradox Pokémon can be found and caught in Paldea’s Area Zero — but only after completing the main storyline. All of these Pokémon can be found in Area Zero, all around the place and its various sub regions with levels in the 50s.

Unlike legendary Pokémon, you can catch multiples of these Pokémon, but know this: They are harder to catch than regular Pokémon. We recommend heading out with Ultra Balls, alongside a party featuring Pokémon who can paralyze or put the Paradox creatures to sleep. (Inflicting such status conditions on a wild Pokémon makes it easier to catch that Pokémon.) Found one you really like? Maybe it’s worth a Master Ball.

Each of these Pokémon have places they’re more frequently found within Area Zero, but two, Roaring Moon and Iron Valiant, are available only in a specific spot: a cave between the second and third research stations. Area Zero isn’t huge, so if you wander around enough you’ll absolutely come across each of these Pokémon.