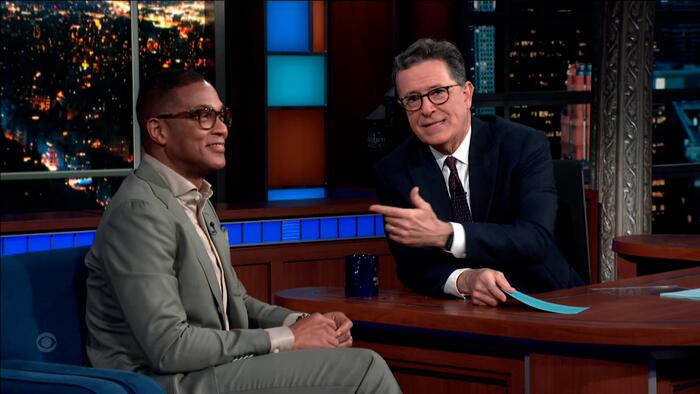 
During an interview on the far-left Stephen Colbert show, CNN’s Don Lemon claimed that he doesn’t think the network which has viciously attacked conservatives for the past several years “ever was liberal.”  Colbert reacts with understandable surprise and a hint of disbelief at the notion.

While it’s true that the term “liberal” in the traditional sense has barely applied to the political left in the US for decades, it’s doubtful that Don Lemon is playing word games or semantics.  When he uses the descriptive he is referring to progressive ideology, and to claim CNN was never a progressive echo chamber and propaganda machine is truly jumping the shark.

This is the same network that consistently pushed the debunked Russiagate narrative, claimed that the Barack Obama wire tapping scandal at Trump Tower was a “flat out lie” (it was absolutely true), asserted that the BLM protests were “fiery but mostly peaceful”, spent a considerable amount of energy attempting to demonize Kyle Rittenhouse’s act of self defense for political reasons and was a primary attack dog against American citizens that stood against the covid lockdown and mandates.  There is nothing centrist about CNN.

Lemon’s attempt to shift the narrative, though absurd and a form of gaslighting, is more confirmation that the new CNN leadership and new ownership is indeed seeking to clean up the failing news outlet’s image as a partisan spin machine and at least give the appearance of objectivity. Lemon is merely trying to keep his job.

CNN has recently suffered one of the worst declines in viewership numbers and profits in the company’s history, along with the cancellation of it’s CNN+ streaming service after only a few weeks due to lack of public interest.  Lemon was recently booted from his prime time show ‘Don Lemon Tonight’ and was moved to the ‘New Day’ morning show with two other co-anchors; a change which he called “a promotion.”