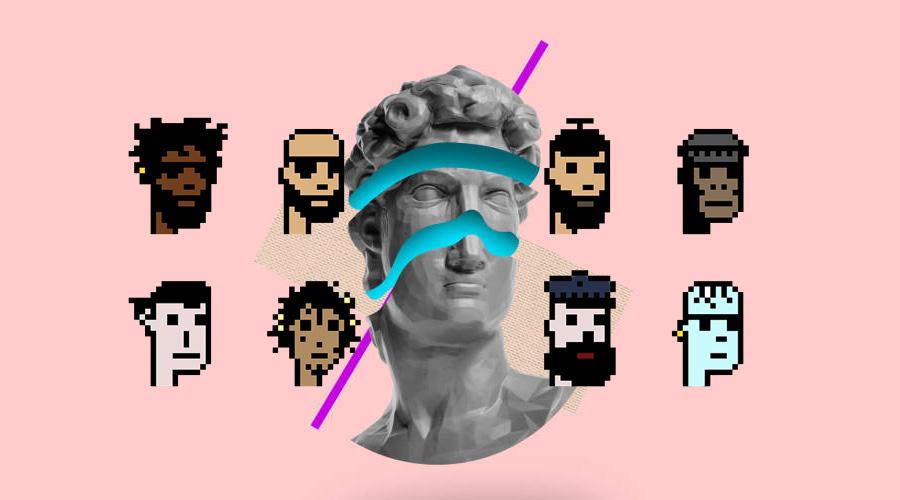 Nonfungible tokens or NFTs are the latest ballgames in the 21st century, and people across the globe have been listing a lot of their virtual art for sale on the internet and we can see many strangest NFT collections. It is not clear whether to call these strangest NFT collections a sensation or a scandal, but here is what is happening: Memes are being sold for the cost of a luxury car like Tesla, tweets are fetching seven-figure bids, and digital art is being sold for multiple millions. Nonfungible tokens are specific items that provide the ownership of a digital product such as digital art, a video, or even just a jpeg or gif file on a person and say, if you have an NFT, it is something like you own the original painting. And that the original painting has a unique value. Presently internet has become a more inclusive place for more random NFT collections. Some bizarre ones have been sold for mind-boggling amounts of money and in this article, we will discover some strangest NFT collections in 2022. Here are the top 10 strangest NFT collections that have actually been sold for a lot of money.

Would you pay for a burrito you couldn’t bite into or cover in diablo sauce? people are paying millions. For US$69 million, they now own the first Taco Bell NFT collection and its taco-adorned gifs. That is a ridiculous sum of money, but at least all the profits went to the Taco Bell Foundation, a charity for youth scholarships.

Designed by Canadian artist Krista Kim, a virtual home also called Mars House is on sale for over half a million dollars. She designed the house to be meditative and calming, working with a designer to create a virtual space with a program usually used to create video games. The only way you can experience the home is through virtual reality, the buyer will be sent a 3D digital file. One can buy it for US$512,000.

Want some digital furniture to go in that virtual house? Argentinian designer Andrés Reisinger can provide you with this. The furniture artist has sold what he calls the impossible furniture collection for US$450,000— surreal pieces of furniture that don’t look all that comfortable, honestly — to place in any shared 3D virtual space, even games such as Minecraft.

A SYMPHONY OF RECORDED FARTS

This is the weirdest NFT collection. Somehow, was going to get farts into NFTs. Alex Ramirez-Mallis recorded his and his friends’ farts over a year and minted them into NFTs. There are individual farts for sale and “one calendar year of recorded farts.” A 52-minute symphony of the year’s noises sold for a whole US$85 — a small price to pay to not have to smell them.

We can almost feel it! CryptoCrisp is a virtual flavor depicted as a piece of art and is limited to just 50 versions, was initiated by Pringles. The flavor is a 1080×1080 MP4 file that showed animated spinning golden Pringles can with crypto-themed chips. This particular NFT was listed at a price of 0.0013ETH (approximately $2 USD) and was later sold for US$1,500.

Jack Dorsey’s starting tweet will always be special and memorable. Jack Dorsey, who is the former CEO and founder of Twitter, and his tweet is special not just because he created the platform, but because he sold his tweet as an NFT… for US$2.9 million (about Rs 22 crore). That is the reason it is going to be memorable. But the question comes whether he wrote something monumental or emotional as his first tweet. Nope, it was just plain five words.

A few days back, a 21-year-old Dutch student named Stijn van Schaik listed his soul as a digital artwork on the NFT marketplace, OpenSea. Crypto-enthusiast Stijn, who also calls himself ‘Stinus’, has a dedicated website that contains a ‘Sale of Soul Contract’ that lists permitted uses of the soul. Till now, he has received the highest bid of US$491.08 for this artwork. That’s approximately Rs 37,000.

An NFT art named ‘Crossroad’ resembling former US President Donald Trump with a number of graffitis drawn on his skin was sold for US$6.6 million (about Rs 50 crore). The video of Trump represents the results of the 2020 US Presidential election, where Trump lost his cherished seat as the POTUS.

A 22 year old Indonesian student Sultan Gustaf Al Ghozali would click pictures of himself every day during his college years. His idea was to make a timelapse video and use it at his graduation. But when he learned of NFTs, he decided that he would try to sell his photos to others for a lot of money. it is fun to see his image in someone else’s NFT collection. His selfies were shared on OpenSea as a collection called “Ghozali every day”.

Charmin, the brand that is famous for toilet paper, was in the news for a strange marketing effort, a toilet paper-themed NFT art. Charmin put out various illustrations of rolls of toilet paper for sale as NFT. The current highest bid for one of these art pieces was US$1,086 (about Rs 83,000) for 1 edition, probably something that could buy about 6,000 rolls of actual toilet paper.

The post 10 Strangest NFT Collections That You Overlooked in 2022 appeared first on Analytics Insight.