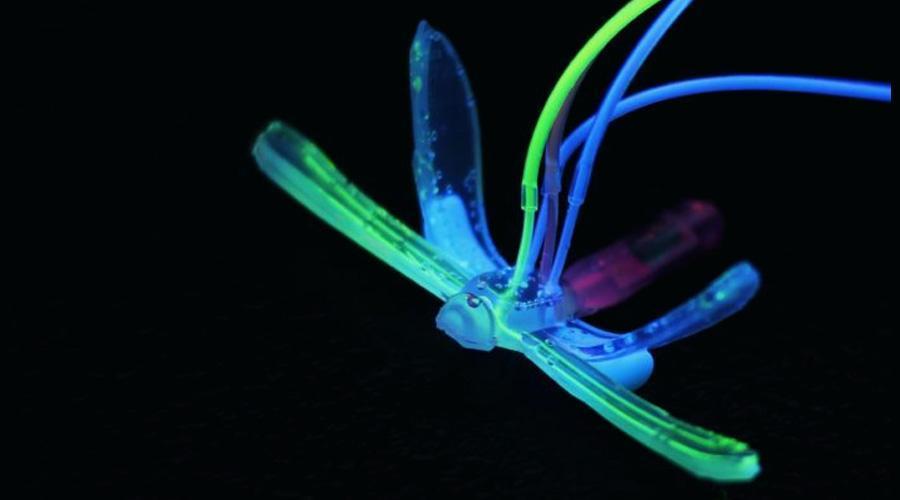 Soft robots are frequently employed in a variety of fields like environmental clean-up, and others. Because they do not run the risk of breaking, these robots are thought to be safer. These robots must be useful and aesthetically pleasing, which makes their design difficult. A soft robot has Jesus-like powers.

The manta ray-inspired robot can fly through the water thanks to its wing-like fins. The soft-swimming butterfly bot, however, was the name given to the invention by the researchers because it resembled human arms making the butterfly stroke. The butterfly bot was created in two iterations by the researchers. The first was created to travel 3.74 body lengths per second since it was meant to be quick. The second, though, can move around 1.7 body lengths per second and be built for control. Soft swimming robots are now only capable of swimming one body length per second but that’ll change.

Soft robots with biological inspiration make a lot of sense in many different contexts, but they are not without drawbacks, just like any other category of technology. These flexible constructions, among other reasons, may find it difficult to move as quickly as their more rigid counterparts. A further source of inspiration from nature that helped researchers at North Carolina State University accelerate swimming was the manta ray.

It makes sense to look at the fish. These shark relatives can move through the water like birds because of their enormous, wing-like pectoral fins. But in the end, the scientists gave them a completely other animal’s name. The “butterfly bots” got their name because of how much their arms resemble those of people doing the butterfly stroke.

According to a press release from Jie Yin, the paper’s co-author, “swimming soft robots have not yet been able to swim faster than one body length per second, but marine animals — such as manta rays — can swim much faster, and much more efficiently.” “We wanted to investigate if we could create quicker, more energy-efficient soft robots by borrowing from the biomechanics of these creatures. The prototypes we’ve created function incredibly well.

A pneumatic air tube system is used to bend the body up and down. This causes the wings and fins to also flex, moving the system forward. According to Yin, the majority of prior attempts to create flapping robots have concentrated on employing motors to directly power the wings. Our method makes advantage of bistable wings that are moved passively by the core body. This is a significant distinction since it enables a more lightweight, streamlined design.

The butterfly bots have soft silicone bodies and bistable wings that are modeled like hair clips. Pumping air into chambers inside the soft body allows users to transition between the two stable states in the wings. The body bends up and down as those chambers inflate and deflate, which forces the wings to move back and forth as well.

The majority of prior attempts to create robots that can flap their wings have centered on employing motors to supply power directly to the wings, according to Yin. “In our method, bistable wings that are passively moved by the central body are used. This is a significant distinction since it enables a more lightweight, streamlined design.

The soft-swimming butterfly robot is being developed into an autonomous, untethered version, according to the team.

Additionally, they can perceive their surroundings because of their design. This facilitates maneuvering and avoiding obstructions. Additionally, they often have a low weight, which makes them simpler to transport.

The post This Soft Robot has Jesus-Like Powers, But Can Fly Through Water appeared first on Analytics Insight.