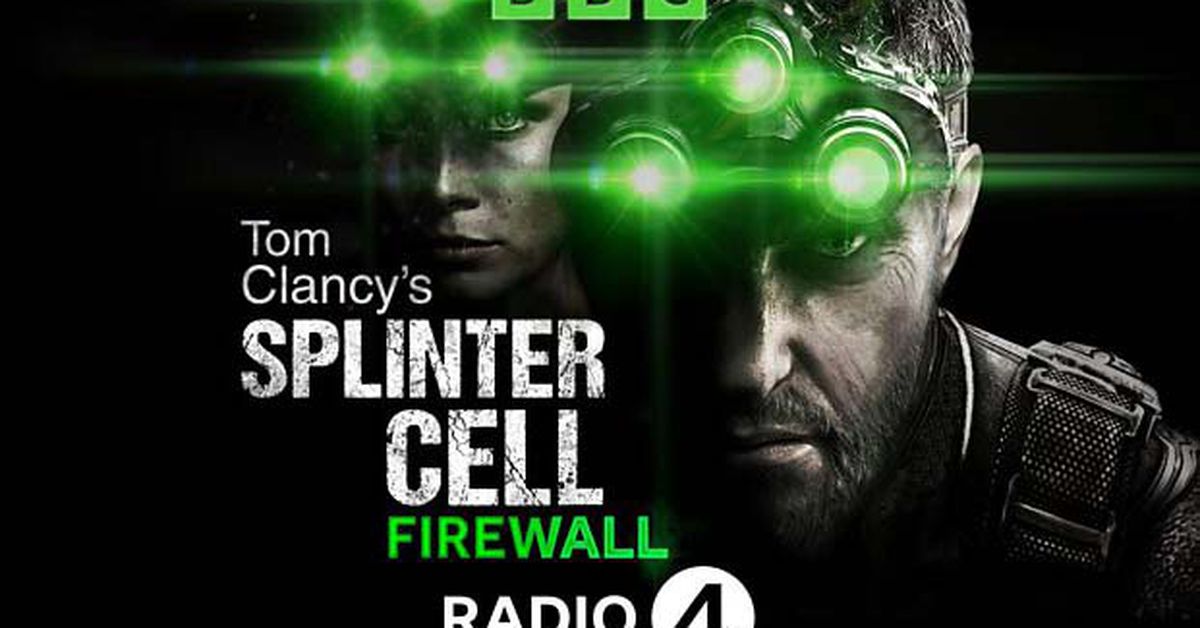 
In the context of the many recent big-budget game adaptations for the big and small screen alike, a radio play sounds like an odd choice for what was once one of Ubisoft’s flagship franchises. But considering the games were generally at their best in their slowest and most deliberate stealth moments rather than the high stakes action set-pieces of other titles, I’m cautiously optimistic that a radio format might actually play to the franchise’s strengths?

Unfortunately, Michael Ironside won’t be lending his iconic voice to Sam Fisher this time around. Instead, the spy will be played by Andonis Anthony, an actor who’s apparently best known for his work on the long-running (and generally very twee) British radio soap The Archers. He’s joined by Daisy Head, Rosalie Craig, Sacha Dhawan, and Nikesh Patel. The series has been adapted for radio by Sebastian Baczkiewicz and Paul Cornell, who looks to be a prolific writer of Doctor Who TV episodes, novelizations, and radio dramas according to his Wikipedia page.

“I really hope fans of the Splinter Cell game enjoy this. Not only does it have all the action, tension and excitement that the game is famous for, but it also has more elements. There is a lot of comedy, the drama is expanded, and horizons broadened by the characters and what they get up to,” Poulter said in a statement.

Splinter Cell: Firewall has been recorded in binaural audio, which means it should feel like listening to an immersive surround sound experience through a standard pair of headphones.

Although the last official Splinter Cell game (Splinter Cell: Blacklist) was released almost a decade ago in 2013, there’s life in the old stealth franchise yet. In December last year Ubisoft announced it was working on a remake of the first game in the series, and Netflix also has an animated adaptation in development from the creator of the John Wick franchise Derek Kolstad.

All eight episodes of Tom Clancy’s Splinter Cell: Firewall will be available worldwide in the BBC’s radio and podcasts app BBC Sounds from Friday December 2nd. The show will also broadcast weekly on BBC Radio 4 in the UK, starting December 2nd at 2:15pm.