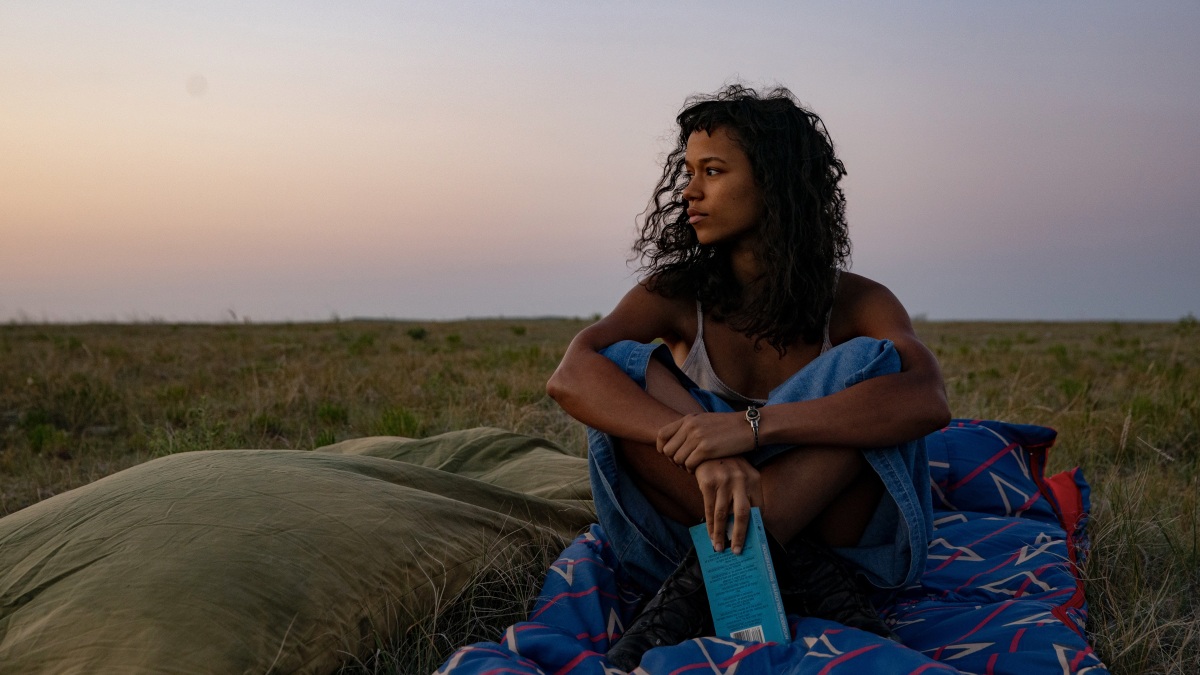 
It’s a story of girl meets boy, but with a bloody bite.

Director Luca Guadagnino’s critically heralded coming-of-age romance Bones and All adapts author Camille DeAngelis’s young adult cannibal novel of the same name. Along the journey to translate the story from the page to the screen, some major changes were made.

Mashable spoke to Guadagnino and screenwriter David Kajganich over Zoom to break down the differences between how cannibalism impacts the central relationship, the film’s title, and its devastating yet hopeful ending.

At the root of it all, both versions of Bones and All follow Maren (Taylor Russell), a lonely young woman who is a compulsive cannibal, also known as an “eater.” Traveling alone across the United States, she meets fellow outcast eaters, like the young and intriguing Lee (Timothée Chalamet) and the old and unnerving Sully (Mark Rylance). In novel and film alike, Maren’s journey is one of self-discovery and learning to live with her cravings. However, that journey manifests in distinctive ways across these versions.

‘Bones and All’ review: The next great queer horror movie has arrived

How does Bones and All change from book to movie?

Many of the differences between the book and the film involve Maren and Lee’s relationship to family.

In the book, Maren’s mother abandons her, urging the young cannibal to search for her long lost father to find more answers about who she is. In the film, it’s actually Maren’s father (André Holland) who leaves, so Maren looks for her mother (Chloë Sevigny) instead.

The movie also changes Maren’s connection to Sully. In both book and film, he’s a frightening and antagonistic mentor of sorts. But in DeAngelis’s novel, it’s revealed that he is actually Maren’s grandfather — something that was omitted entirely from the film.

Finally, Guadagnino’s take on Bones and All changes Lee’s backstory. In the novel, he does share a story of how eating people has negatively impacted his home life with his mom and sister. But in the film, he discusses killing his father, who was also an eater.

While there are other subtle plot shifts between DeAngelis and Guadagnino’s work, the biggest changes in this adaptation revolve around how the story’s cannibalism operates.

How do romance and cannibalism collide in Bones and All?

DeAngelis uses cannibalism as a tool to explore how Maren reacts to love and intimacy. When someone — be they a summer camp crush or a cuddly babysitter — gets too close to her, she eats them. However, in Guadagnino’s film, Maren’s eating is less linked to others being attracted to her and is instead a compulsive hunger that all eaters share.

As Mashable’s Kristy Puchko pointed out in her review of Bones and All, cannibalism in the film “serves as a metaphor for queerness.” Both Maren and Lee are presented as sexually fluid, and the film’s Reagan-era setting calls to mind the homophobia around the AIDS crisis and how that informs Maren’s self-loathing as an eater.

The shift in how cannibalism functions in Bones and All also means that Maren and Lee’s romance changes. In the novel, Maren and Lee have an undeniable connection, but no physical relationship until the very end of the book, at which point Maren eats Lee. The film sees Maren and Lee pursue a romantic relationship way earlier, all without the side effects of Maren being compelled to eat him.

“I was more interested in the possibility of love within the nature of these people.”

Discussing the role of cannibalism in the film, Guadagnino said, “The novel has a different task and a different medium to work with. I understand Camille DeAngelis’s idea with Maren that the impossibility relied on the fact that she wouldn’t be able to love without the consequences of destruction. For me, as a filmmaker and for the movie, I was more interested in the possibility of love within the nature of these people.”

Exploring Maren and Lee’s relationship opened up a world of possibility for Guadagnino, not just for an on-screen romance but for a deep dive into how two eaters can be together after all the trauma they’ve endured.

“Maren and Lee love each other so deeply, but…they are almost brutalized by their lives, that they cannot find that possibility [for love],” said Guadagnino. “For me, that resonates very much with everything. That happens to every one of us.”

What does “bones and all” mean? 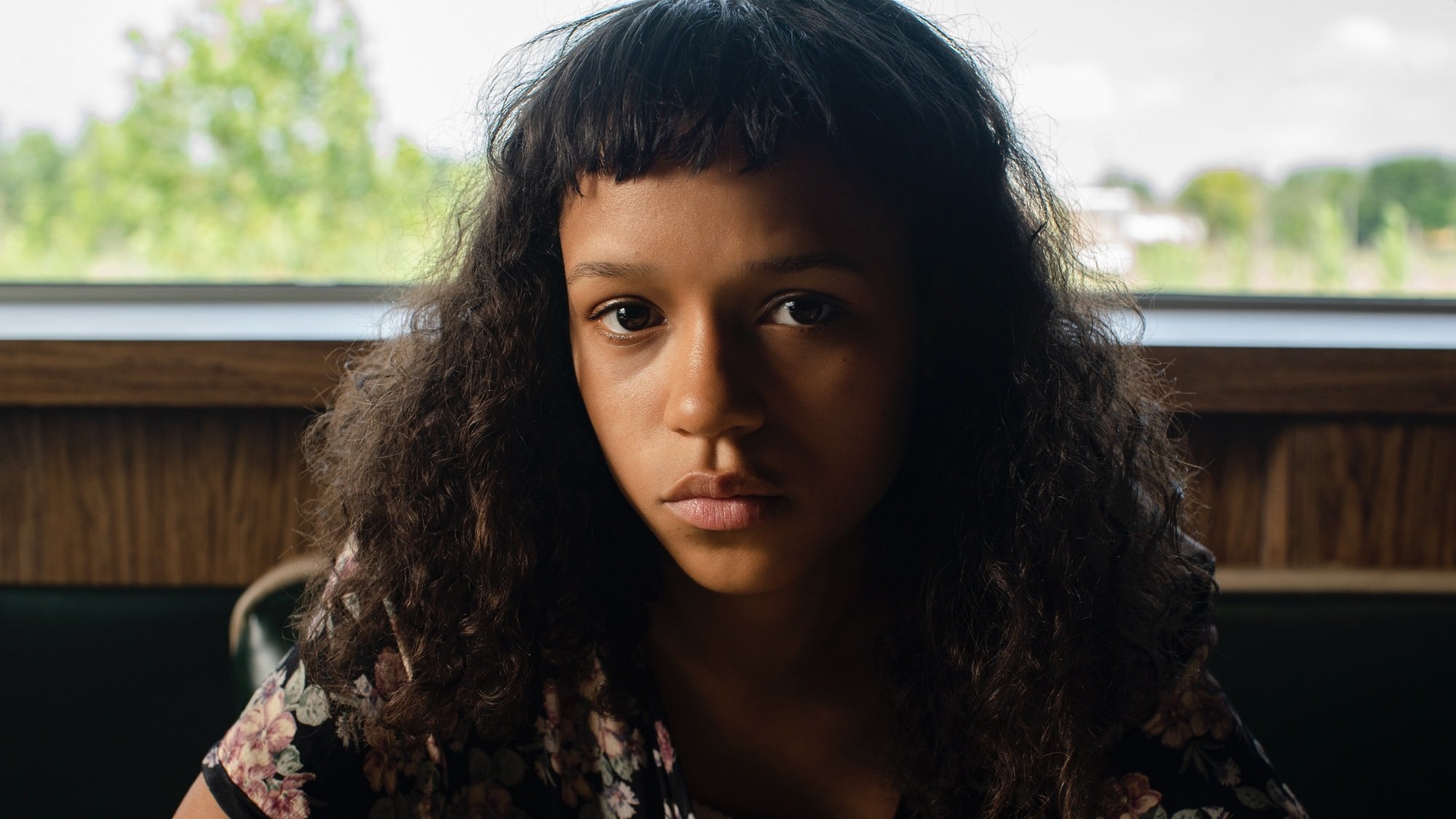 Another major change in the film adaptation of Bones and All is the logistics of cannibalism. In DeAngelis’s novel, eaters eat every part of their victims: bones and all.

However, DeAngelis largely skips the scenes of actual eating, focusing on the yearning before and the emotions in the aftermath. But since film is a visual medium, Guadagnino leans into body horror with grisly sequences of eaters ripping into flesh with their teeth, tearing it right off the bone. Cannibalism is a messy affair, and the film’s eaters most definitely do not ingest every part of their victims. For Maren and Lee, total consumption of a body is an impossibility.

However, an eerie encounter with feral fellow eater Jake (Michael Stuhlbarg) teases new possibilities. Jake asks them if they’ve ever eaten someone “bones and all,” positioning the act as a kind of rite of passage with near-spiritual connotations for eaters. This direct reference to the title is a completely new addition to the story, and it comes courtesy of screenwriter David Kajganich.

Kajganich felt that the fairy tale tone of DeAngelis’s book makes its scenes of total consumption more believable to readers than it would to an audience watching the cannibalism play out on screen in a grounded drama. However, he loved her concept of eating someone “bones and all,” so he decided to transform it.

“We sort of evolved it to mean something that is more like when people talk about true love to a teenager,” said Kajganich. “It’s such an abstract concept. It is a promising concept, but it also seems unlikely that there is one person in the world for you, or that there is some level at which you can be totally seen and accepted and loved. It just felt like we could use this concept of ‘bones and all’ in the same way that when Maren and Lee are told about this idea, they don’t believe it could be real.”

We sort of evolved [the title] to mean something that is more like when people talk about true love to a teenager.

He continued: “It’s up to the audience to decide by the end of the film if… [Maren and Lee’s] relationship has evolved that far, but it seems like a beautiful way to use the title differently.”

The “bones and all” scene is so important to the heart of the film that it’s hard to believe it isn’t originally in the book. Jake and his companion Brad (David Gordon Green) are new additions. But Guadagnino pointed out how this pivotal chance encounter complements the film’s road trip feel. “When you are in a travelogue,” he said. “You have a lot of false starts where you sit and meet people, and you think that maybe the dynamic of the journey is changing because of that meeting. Then maybe that meeting becomes an episode and nothing else happens.”

He added: “And of course, when you have someone like Michael Stuhlbarg performing that moment, you are in heaven.”

How do the endings of Bones and All differ? All these shifts in how cannibalism works in Bones and All culminate in the biggest change of all: Lee’s death.

Yes, Lee dies in both. In DeAngelis’s book, it’s because Maren eats him after he makes physical advances on her. In the film, Lee is on the brink of death because of a savage attack from Sully. In his last moments, Lee begs Maren to eat him, bones and all, essentially making him a part of her. It’s the bloody, tragic culmination of both their love story and the biggest adaptation change Kajganich and Gudagnino made.

“It was really hard to write that scene, and it was hard to watch it,” said Kajganich. “One wants to believe they’re OK.”

After Lee’s death, the novel ends with Maren making a new life for herself and later chowing down on another man who insists on getting too close to her. Guadagnino and Kajganich take the story in a different direction, ending on a shot of Maren and Lee together in a field — perhaps a reference to Lee always being with Maren now that she’s eaten him in his entirety.

Originally, Kajganich added a coda to the script, where we follow Maren in her new life a year or two after Lee’s death. However, that sequence ended up being cut.

“We decided while we were filming that we didn’t need it,” said Kajganich. “It was felt strong enough by the end that Maren has really evolved as a person who can have both an emotional life and the life of an eater. Those two things don’t necessarily have to be enemies in her soul.”

Bones and All is now in theaters.