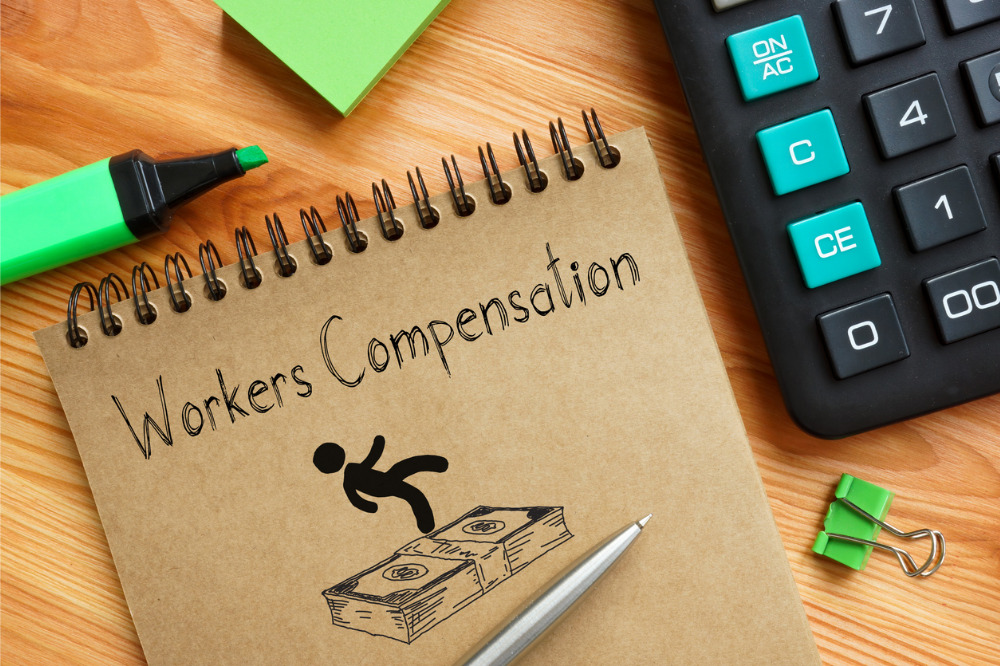 
Workers’ compensation insurance, also known as workers comp coverage, is a type of business insurance policy that covers the cost of hospitalization and other medical bills and a portion of employees’ lost income if they get seriously hurt or sick while doing their jobs. This form of coverage also protects business owners from the financial liability of having to personally shoulder the expenses resulting from workplace injuries and illnesses.

Each country, and even each state or province in each country, calculates premium prices differently using a range of factors. These include the worker’s job classification – which indicates the level of risk of the job they perform – and the company’s payroll and previous workers comp claims – sometimes referred to as “experience modification.”

Countries also set who handles and sells workers’ compensation insurance policies. These may be state-run organizations, private insurance providers, or the country, province, or state itself.

While workers’ compensation policies offer a broad range of protection, they do not cover all illnesses and injuries even if these happen in the workplace. To find out the top reasons why a workers’ compensation claim may be rejected, Insurance Business referred to several specialists for their views. We also compiled practical tips from experts to help employees avoid these situations.

Reason: Deadlines are often missed due to clerical errors and late filing of paperwork. While these instances may seem insignificant, they are among the most common reasons why a claim may be denied. Some employees also delay notifying their employers of a workplace injury, which can lead to a claim rejection.

How to avoid being denied: Insurance companies impose tight deadlines for workers’ compensation claims – and for good reason. Strict timeframes help insurers weed out fraudulent claims. To avoid having their claims denied, workers are advised to inform their employers as soon as they sustain an injury or illness while doing their jobs. For those who find filling up paperwork challenging, we recommend hiring an attorney to help.

2. The injury or illness was not work-related

Reason: An injury can be classified as nonwork-related for the following reasons:

How to avoid being denied: These situations again highlight the importance of reporting a workplace injury as soon as possible. The longer you wait to report an accident, the more likely it is that your claims will be denied.

3. The injury or illness was due to horseplay

Reason: Employees sometimes resort to humor to relieve stress or boredom at work. But if horseplay, roughhousing, or practical jokes result in a workplace injury, this will unlikely be covered by workers’ compensation benefits.

How to avoid being denied: Intentional injuries are not covered, there is often no workaround on these. Experts advise employees to refrain from breaking safety protocols.

4. The injury or illness was a result of intoxication or intake of illegal drugs

Reason: Workers who are injured because they were drunk or high on drugs are not entitled to a claim. If the employer suspects that alcohol or illegal substances were involved in a workplace accident, they have the right to require the injured worker to take a drug test.

How to avoid being denied: Businesses often have stated policies against the possession and use of alcohol or illegal drugs while at work, which may also be grounds for termination. These policies are designed to ensure the safety of the employees and those around them, so it is essential that these are followed.

5. The employee did not seek medical treatment for the injury or illness

Reason: If a worker skips medical attention for an injury in the hopes it will heal on its own, only to find out later that the injury has worsened, they may have also damaged their chances for a successful claim.

Reason: Most workers’ compensation coverage requires that employees consult with their network of medical care providers after being hurt at work. A claim may be rejected if the injured employee opts for a professional outside the insurer’s network.

How to avoid being denied: Employees should pay attention to their policy requirements and see an in-network doctor. Every employee should be sure to seek this information out when they make a workplace injury claim, and every employer should be sure to provide it promptly.

Read more: Workers’ comp – claims cost rising, so what can be done?

The latest data from the National Safety Council (NSC) shows just how much work-related accidents can cost companies. According to the public health and safety service non-profit’s 2020 Injury Facts report, workplace injuries and illnesses cost businesses across the US a combined $163.9 billion in losses. This figure includes:

The research also indicated that the average cost per worker was $1,100, although the council pointed out that the amount “includes the value of goods or services each worker must produce to offset the cost of work injuries [and] not the average cost of a work-related injury.”

The cost per medically consulted injury averaged $44,000, while each fatal incident was estimated to reach $1.31 million. These include estimates of lost wages, medical and administrative expenses, employer costs, and motor vehicle damage. Other types of property damage are excluded.

The numbers above indicate why workers’ compensation insurance is an essential form of protection for any business employing at least one staff member.

Read more: Revealed – the 10 largest workers’ compensation insurance providers in the US

To be eligible for workers’ compensation benefits, individuals must be an employee, rather than an independent contractor. They will then be able to access medical treatment and receive a portion of their salaries after being injured or getting sick because of their work through the program.

Additionally, workers’ compensation operates as a no-fault insurance program in many countries, meaning that an injured employee does not have to go the conventional tort route of proving negligence to make a claim. But this also means that they generally cannot file charges against their employers for the injuries they sustain.

The type of coverage workers’ compensation policies provide is dictated by a range of factors, including the state where the business is located, the industry it operates in, and the number of employees. But generally, workers comp plans cover the following:

According to the NSC’s data, the COVID-19 pandemic has resulted in an overwhelming rise of workplace incidents involving “exposure to harmful substances or environments.” The next biggest categories were “overexertion and bodily reaction” and “slips, trips, and falls,” which both slid down a notch to second and third place, respectively. These three groups account for 76% of all nonfatal occupational injuries and illnesses.

Here’s the complete breakdown of the most common causes of injuries and illnesses in the workplace, according to the figures compiled by the NSC.

1. Exposure to harmful substances or environments

Due to the pandemic, the number of job-related injuries and illnesses that resulted in at least one day of missed work under the category increased a whopping 1,052% from just 36,840 in 2019. Unsurprisingly, workers in the health care and social assistance sectors were most vulnerable. The category includes exposure to:

The NSC grouped these injuries under this category into two types:

The back is the most frequent body part hurt during such incidents, which is most commonly suffered by transportation and warehousing employees. Injured workers typically miss 14 days of work.

Read more: Which workplace injuries offer the most compensation?

Injuries caused by slipping, tripping, and falling dropped about 13% from 2019. Sprains, strains, and tears were the most common type of injury and primarily affected workers in the agriculture, transportation, and warehousing industries. The NSC classified such incidents into four types:

Job-related injuries sustained due to contact with workplace equipment decreased by 34% from 299,410 in 2019. More than half of all incidents involved being struck by an object or equipment. Apart from this, the category includes an injury resulting from:

Transportation-related workplace injuries dropped 17% in 2020 from 49,430 in the previous year, with roadway accidents accounting for nearly two-thirds of all incidents. The category also includes injuries caused by aircrafts, rail vehicles, non-motorized transportation, and water vehicles.

What about you? Do you have any experience in filing for workers’ compensation benefits that you would like to share? Use the comment section below to tell us how it went.