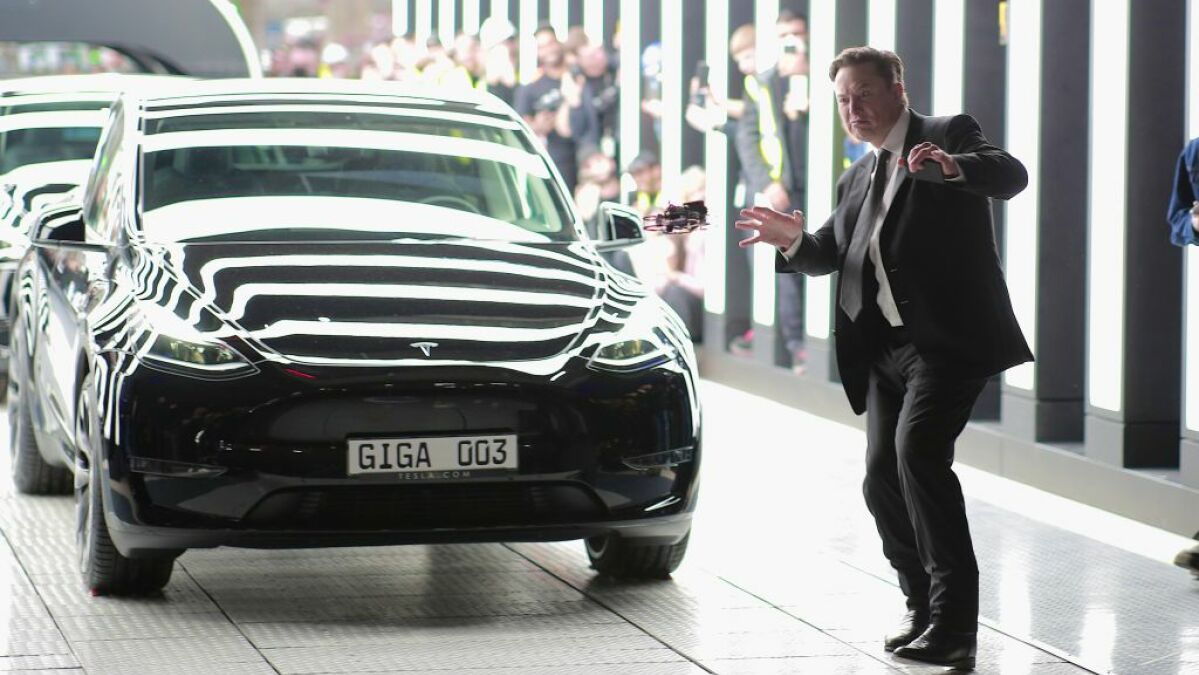 There are a couple of caveats, though. FSD is only available in Teslas which have the required hardware, and only for drivers who have bought the FSD option, which currently costs $15,000 if you buy it separately. If all those requirements are satisfied, drivers can then request the feature from the car’s screen, Musk said.

Full-Self Driving is a set of features that, ideally, brings Tesla cars very close to autonomous driving, with the driver entering a destination into the navigation system, and the car driving there on its own, though the driver has to be ready to take over at all times.

The feature was originally launched as a very limited release, and was later expanded to drivers who satisfy Tesla’s “Safety Score” requirements. Now, as Teslascope noticed earlier today, the latest version of the software comes without those requirements.

Elon Musk unveils his Tesla robot, and it’s at least a robot

The news will surely caught the eye of regulators, which weren’t too happy about Tesla widely releasing a “beta” version of an autonomous driving package, especially one that has had a number of documented issues, including phantom braking troubles.

Everything I Learned Driving a Tesla 1,000 Miles in a Week

Meanwhile, Tesla has been steadily increasing the price of FSD, with Musk once claiming the value of FSD will “probably be in excess of $100,000” after it’s approved by regulators, presumably as it will allow owners to put their cars to work as robotaxis.