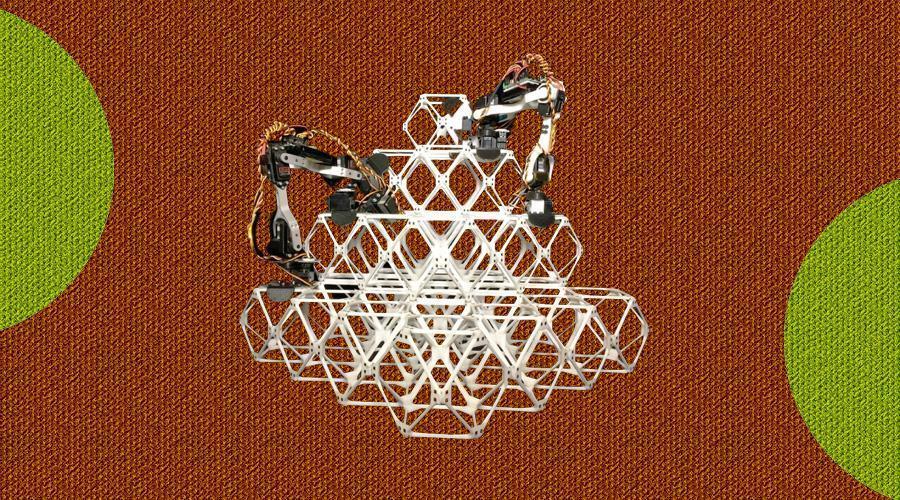 With the advancement of technology, the robotic industry is also putting lot of efforts to transform the industry on a large scale. And next the big development we can see is- A Self-Building Robot. For that, researchers at MIT’s Center for Bits and Atoms are working hard on an ambitious project, designing a robot that effectively self-assembles.

The team accepts that the aim of an autonomous self-building robot is not easy and is still “years away,” but the work has been started and demonstrates positive results. At the system’s center are voxels (a term borrowed from computer graphics), which have power and data that can be shared between pieces. The pieces form the foundation of the robot, grabbing and attaching additional voxels before moving across the grid for further assembly. The researchers note in an associated paper published in Nature, “Our approach challenges the convention that larger constructions need larger machines to develop them, and could be applied in areas that today either require substantial capital investments for fixed infrastructure or are altogether unfeasible.”

Creating the proper level of intelligence for self-building robot systems is a big problem. Among other things, the robots that can build themselves need to determine how and where to build, when to start building a new robot, and just generally how to avoid bumping into each other in the process. “When we’re building these structures, you have to build in intelligence,” the paper’s co-author, Neil Gershenfeld, says in a release. “what emerged was the idea of structural electronics — of making voxels that transmit power and data as well as force.” Hardware issues remain, as well. The team is currently working on building stronger connectors to keep the voxels together.

Moreover, the desire for a self-building robot system — when completed — is clear. The team suggests that using the robots to determine the optimal build could save on a lot of time spent prototyping.

The post Self-Building Robot is Still “Years Away” but the Work has Begun appeared first on Analytics Insight.