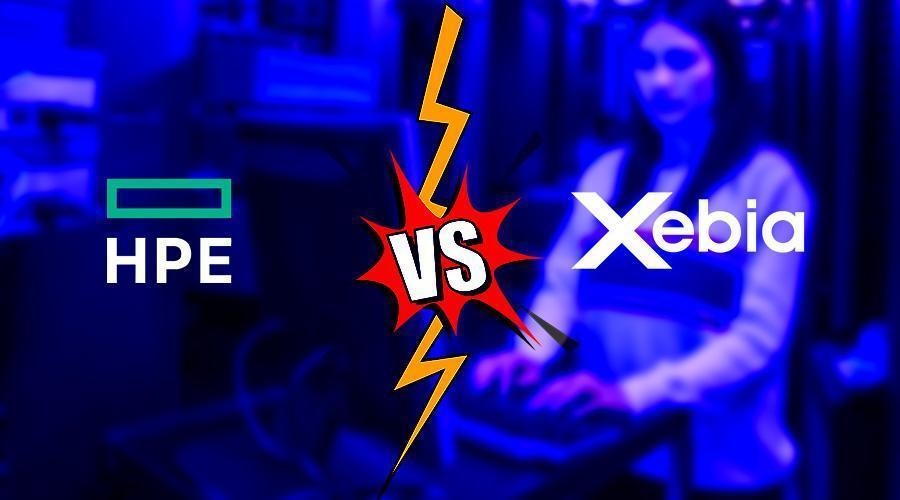 Amid the tech layoffs, it’s HPE vs Xebia as both firms are on a hiring spree for software developers

There are as many big tech layoffs, including Google, going on right now but amid those layoffs, it is HPE vs Xebia as both the firms are on software developer hiring sprees and are eyeing to hire the best among them. These companies are taking shots at emerging tech firms.

Xebia, the company this week purchased Michigan-based Netlink Digital Solutions Group (NDS), a low-code digital transformation company. The acquisition will assist Xebia in growing operations in Bhopal and other areas of the south by providing around 1,000 extra workers over the course of a year but if you are considering working for HPE? You have a chance because the firm needs system software developers. The majority are making the switch to a safe, cloud-ready, mobile-friendly infrastructure. Many people rely on a mix of the two. HPE offers the technology and solutions to support them wherever they are on that journey.

Despite a bad socioeconomic environment, US-based IT company Xebia plans to recruit 1,200 tech professionals in India by March 2023. The company sees development potential in the digital transformation arena.

Anand Sahay, CEO of Xebia Global, told PTI that since all businesses are focusing on transformation and there is high demand in this market, the company is opening new centers around the world, including India. It also has plans to acquire companies that are engaged in artificial intelligence, cloud computing, augmented and virtual reality, and other related fields.

According to his evaluation of demand, the firm is short 1,700 employees, and even with a reasonable estimate, Xebia will require 1,200 by the first quarter of 2023.

“Now that we are working in Colombia. By the conclusion of the first quarter, Chile may be our destination. We are excited to expand our Chennai center. There are roughly 200 of us in Bhopal, and we believe that number should increase to at least 500. We have roughly 600 individuals in Jaipur. There will be around 1,200 people there. We are now opening more satellite offices, whether they are in Kochi or elsewhere in India,” said Sahay.

The business this week purchased Michigan-based Netlink Digital Solutions Group (NDS), a low-code digital transformation company. The acquisition will help Xebia develop operations in Bhopal and the southern region by providing around 1,000 extra workers over the course of a year.

In response to a question regarding the macroeconomic impact, Sahay said that while the firm is keeping an eye on inflation since it often affects compensation, talents won’t be changing positions in 2023 because the market won’t be as volatile as it was in 2021.

“We don’t hear clients complaining that they no longer require software. Customers continue to spend money in the industry where we are, regardless of the most creative software development or anything disruptive.

“I believe that we need to address this more on an internal level. What should our pay structures look like when Poland has an inflation rate of 16%? The problems are thus such, but not on the business front,” he said.

According to him, Xebia will need to make further acquisitions in the cloud services sector as well as broaden its geographic reach.

“From the standpoint of new technologies, we have enormous confidence in Web 3. We are already among the functional specialists, which enables us to work seriously on the blockchain. We are now investing money in the development of AR and VR. We believe it’s critical to begin participating in that use case. We may also make a little gain in their area” he observed.

HPE brings together the brightest minds to create breakthrough technology solutions that advance the way people live and work. What sets them apart? People and people’s relentless commitment to partner, innovate and act.

Our Total Rewards program includes competitive base pay and benefits, and the chance to earn an annual bonus based on performance. It also includes recognition for your contributions and potential participation in long-term incentives like annual equity awards. Other benefits vary from country to country, but in general, you can expect a broad range of benefits including subsidized health insurance, retirement programs, and paid time off.