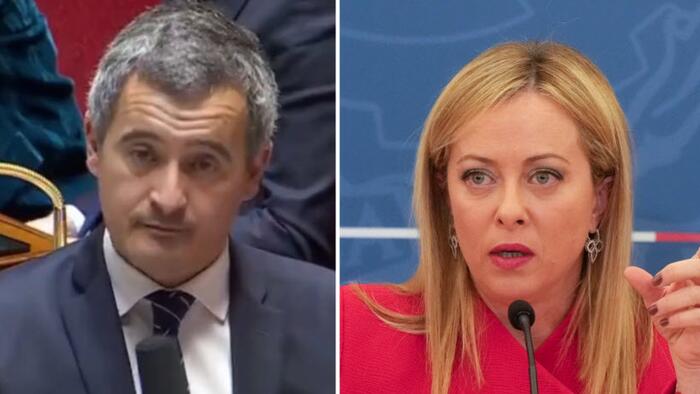 Following growing tensions between Italy and France over the issue of boat migrants in the Mediterranean, French Interior Minister Gérald Darmanin has resorted to extremely harsh rhetoric, referring to the Italian government as “enemies of France.”

Darmanin made the comment in response to a question from a National Rally MP Mathilde Paris during a Q&A session in the French parliament, saying Italy is “attacking France.”

Paris was inquiring why the majority of the migrants aboard the Ocean Viking ship, which France allowed to dock, have been released from the administrative center housing them, despite the minister’s previous assurances that “(they) will not be able to leave the administrative center.” Instead of addressing the question, Darmanin claimed she was an “ally” of the “enemies” of France.

“In fact, madam, you are not patriotic if you ally yourself with the enemies who are attacking France at the moment,” Darmanin said in response to a question by Paris. “You are siding with Madam (Giorgia) Meloni and her government who did not respect international law, instead you are attacking French policemen,” he added.

The French government is being criticized for taking in the migrants, and a report shows that 26 of the 44 minors taken in have already escaped the migrant center.

The language being deployed by Darmanin is sure to add further tension between the two countries, which has been growing ever since Italy rejected taking 234 migrants from the NGO ship Ocean Viking, which had mostly North Africans on board. Italy argues that it has already accepted 90,000 migrants in 2022 alone, and even after rejecting Ocean Viking, it still allowed three NGO ships to dock and 600 migrants to disembark.

Although French President Emmanuel Macron has labeled Meloni “inhumane” for not taking in the Ocean Viking migrants, at the same time, France has now said it is retaliating by not accepting 3,000 migrants from Italy it had promised to take in. Meloni has responded, pointing to France’s CFA franc program, in which France agrees to print money for 14 African countries in exchange for mint fees, which can go as high as 50 percent. She argues that France continues to act like a colonial power, which drives Africans to migrate in the first place.

Italy has taken the path of allowing boats to dock, but argues that all healthy migrant males will not be allowed to disembark, which is doing little to address Italy’s problems with mass migration. With millions of young Africans looking to head to Europe, the issue is likely to dominate European politics and bilateral relations between nations like Italy and France for the foreseeable future.