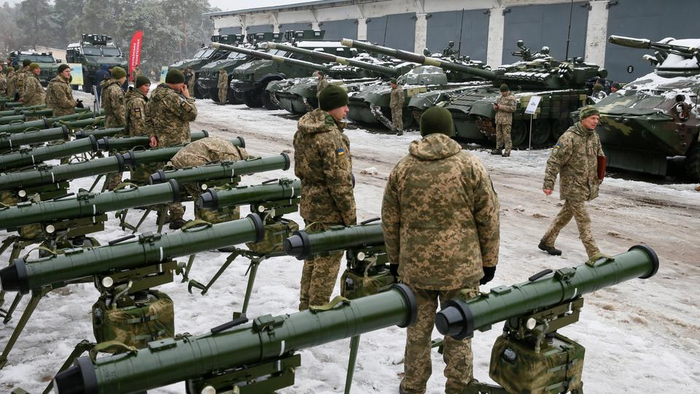 
The White House has unveiled another $400 million in defense aid to Ukraine, which is also to include urgently needed generators as the national energy grid has been severely degraded by Russian airstrikes, leaving at least 10 million people without power.

This brings military aid committed thus far to more than $19 billion in weapons. Secretary of State Antony Blinken announced Wednesday in a statement, “Pursuant to a delegation of authority from the President, today I am authorizing our twenty-sixth drawdown of U.S. arms and equipment for Ukraine since August 2021. This $400 million drawdown includes additional arms, munitions, and air defense equipment from U.S. Department of Defense inventories.”

“This drawdown will bring the total U.S. military assistance for Ukraine to an unprecedented level of approximately $19.7 billion, since the beginning of the Administration,” the statement continued.

Blinken underscored that the US coordinated the new aid with partner nations, “including the £50 million in air defense systems offered by UK Prime Minister Sunak,” according to the State Dept. readout.

Meanwhile, there remain growing concerns over the US and Western partners greatly depleting their own stockpiles, as The Independent observes:

The continued push of weapons to Kyiv is raising questions about how long the U.S. and partner nations can continue to sustain the fight without an impact to military readiness. Many European nations have already expressed that they have pushed forward all the excess they can afford to send.

The White House push for more defense aid comes as the administration grows nervous about GOP objections. “The flow of weapons comes as the Biden administrations seeks to pass an additional $37 billion in military and humanitarian aid for Ukraine during the post-election session of Congress, before Republicans take over control of the House in January,” The Independent writes.

The Pentagon has lately emphasized it is prioritizing getting the Ukrainians ready for the harsh winter months. There’s also a push to keep providing advanced anti-air systems to protect against attacks on the electricity stations and facilities…

Defense Secretary Lloyd Austin says the 2 NASAMS air-defense systems provided to Ukraine by the US have “a 100% success rate” against Russian missiles thus far. Delivery was this month. (Remarks from the start of another meeting of Ukraine’s partners to source arms for the war.) pic.twitter.com/rhIgXIRzIk

Currently an estimated half the national electricity grid has been degraded or destroyed due to repeat waves of Russian airstrikes. Parts of the capital on Wednesday were even said to lack water, which emergency services are working hard to restore.