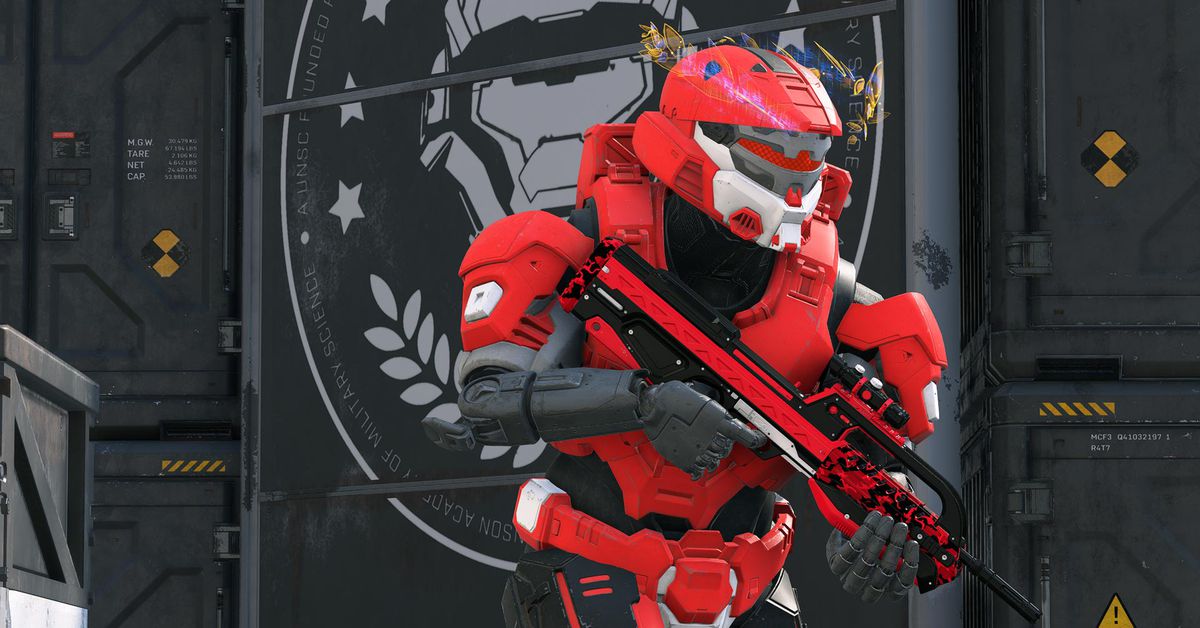 
If there’s one part of Halo Infinite that’s truly infinite, it’s the Forge mode — a set of creation tools that allow players to design bespoke maps, modes, and even rulesets. Set to (officially) roll out Tuesday in a beta state, players have long held up Forge as the thing that’ll “save” Halo Infinite. The folks behind the mode, however, aren’t so sure.

To be clear, Schorr acknowledged some of the extant tension in the Halo community: (master) chiefly, that the first-person shooter’s multiplayer component has been devoid of meaningful content updates. But that’s by no means the only source of strife among Halo fans. Pretty much every new addition unveiled so far has been plagued by some sort of delay. High-profile executive departures at developer 343 Industries have further raised eyebrows from outsiders. And that’s to say nothing of the other persistent issues, like desync and steeply priced cosmetics, that plague every online game released in the past decade.

Halo Infinite fans are craving a big change. And over the past year, outside of two admittedly pretty damn sweet maps, they haven’t really got it. As a result, dedicated players — including those affiliated with professional esports organizations and therefore bound by strict codes of conduct — have been quite, uh, vocal in their feedback.

“In that sense, that sort of pressure valve, Forge is going to release that, and that’ll be great,” Schorr said. “But I wouldn’t say that that has influenced any of our decisions.”

Forge, for those who don’t know, is Halo’s long-running creation mode, first implemented in 2007’s Halo 3 and significantly expanded upon in 2010’s Halo Reach. It provides players a blank canvas on which to design maps constructed of canonical Halo architecture. A slew of developer blogs and videos have detailed the sheer size and scope of what’s possible in Halo Infinite’s iteration of Forge. Earlier this summer, an unsanctioned build of Forge made the rounds. Both have drummed up hype among the Halo Infinite community and showcased just how vast the Infinite version of Forge is set to be.

The single snazziest Forge creation thus far is a remake of an old map. In September, at a major Halo Infinite esports contest, 343 Industries unveiled an internally made version of The Pit — a symmetrical Halo 3 map that was remade for both Halo 4 and Halo 5. Some fans bristled at what they called a retread. Others cheered at the inclusion of a series staple. (Halo Infinite doesn’t feature any legacy maps.) But most feedback, at least what came from those engaging in good faith, was unanimous: You could barely tell this thing was made in Forge.

“From the art side, we really wanted to nail the visual fidelity and blur that line between what a Forge map is and what a developer-created map is,” Ryan Kuehn, lead artist on Infinite’s Forge mode, told Polygon on a Microsoft Teams call.

It’s safe to say Infinite’s version of The Pit indeed blurs that line. What’s more, The Pit isn’t the only classic map coming to Halo Infinite by way of developers using Forge tools. Schorr said 343 has internal plans to include some other classic maps in the rotation but did not elaborate on what those plans are. “We have their fan favorites,” Schorr said. “Why wouldn’t you want to play these maps?”

Plus, come on: Forge users are almost certainly going to remake some of those fan favorites the day Forge launches in Halo Infinite. Ten points to whomever remakes Halo 4’s Haven first!

But Forge is, at its heart, a community tool, and it’s the community-made creations that have really impressed such. Earlier this summer, shortly after the beta tests for Halo Infinite’s delayed cooperative mode, players accessed an unsanctioned version of Forge mode — and then summarily used it to create some absolutely bonkers shit.

One content creator, Red Nomster, has truly pushed the limits of what’s possible, creating astonishingly accurate facsimiles of settings from Toy Story and The Legend of Zelda: Ocarina of Time. Red Nomster is also responsible for the most mind-bending Forge level: a two-dimensional version of Halo Infinite inside a Halo Infinite arcade cabinet inside a Halo Infinite Forge canvas — basically Halo Infiniteception. It is, as Schorr describes, the “one where I literally was like, How did they do this?”

“We’re seeing really cool stuff coming out from the community,” Josh Hoida, Forge’s lead engineer, noted on a Microsoft Teams call. “And they don’t even have access to all of our tools from day one.”

Some of these designs will make it to Halo Infinite with 343’s rubber stamp of approval. One such creation is the map Eternity, made by Halo content creator Paimon. Eternity is a small-scale map, an all-whitestone castle on a floating island in space, a planet looming large in the backdrop. (“It had just such a unique visual identity,” Schorr said.) But the vast majority of stuff made so far will have to be recreated from scratch; the studio has no current plans to allow players to port their existing designs into the launch-day version of Forge.

“Right now, there’s no support for that,” Schorr explained. “It would really take a Herculean effort to work, and it would take resources away from the Forge launch.”

That’s the double-edged sword hanging over Forge right now — that it’s been in the hands of players months before intended, preventing 343 Industries from being able to control the narrative. From God of War Ragnarök to whatever the hell Hideo Kojima is working on these days, 2022 has been gaming’s big year of leaks. Halo Infinite has been out for a year, yes, but the story behind its biggest addition has not been entirely driven by those who made it.

“It sucks that leaks happen, right? But I was very energized by the response,” Schorr said. “It was super positive. Almost unnaturally positive. But it was enough for me to go, ‘You know what? This is such a little sample size, but this is such a great temperature check of how playable Forge is.’ These people spent dozens if not hundreds of hours in a build where you couldn’t save content — and yet, they were still engaged.”