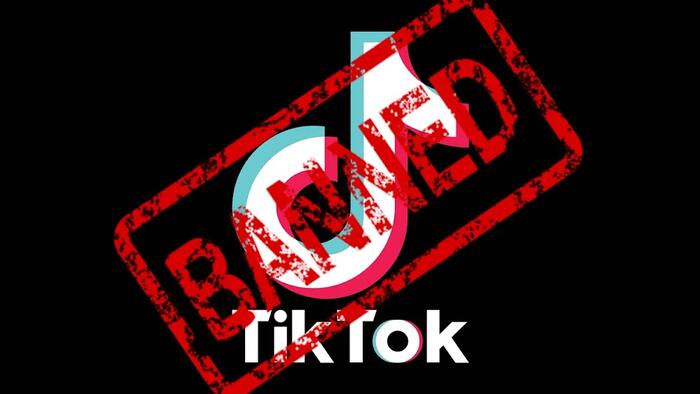 
Social media stocks jumped following an interview from Brendan Carr, one of five commissioners at the Federal Communications Commission (FCC), who told Axios that the Council on Foreign Investment in the US (CFIUS) should take action against the hugely popular (Chinese-owned) short-video app TikTok.

US lawmakers demanding TikTok banned from US phones is nothing new (see: here & here), but as Axios explained in Carr’s interview:

“It’s the strongest language Carr has used to date to urge action on TikTok. With more than 200 million downloads in the US alone, the popular app is becoming a form of critical information infrastructure — making the app’s ownership by a Chinese parent company a target of growing national security concern.”

Even though FCC has no authority to regulate TikTok directly, they can certainly call on Congress to act.

Axios said TikTok is in discussions with CFIUS about whether it can be divested from ByteDance, a Chinese company, to an American company to remain operational in the US.

Though, Carr wasn’t too optimistic about the future of TikTok in the US. He indicated:

“I don’t believe there is a path forward for anything other than a ban.”

He warned there is increasing concern about the high amount of user data flowing back to China and the risk Beijing could influence US politics. He added:

There simply isn’t “a world in which you could come up with sufficient protection on the data that you could have sufficient confidence that it’s not finding its way back into the hands of the [Chinese Communist Party].”

News of Carr’s interview sent beaten down social media companies, such as Meta Platforms, up more than 3% on the session.

A TikTok spokesperson responded to the interview by telling Axios:

“Commissioner Carr has no role in the confidential discussions with the US government related to TikTok and appears to be expressing views independent of his role as an FCC commissioner.”

“We are confident that we are on a path to reaching an agreement with the US Government that will satisfy all reasonable national security concerns.”

Just days ago, one of the Democratic Party’s leading figures, Sen. Mark Warner (D-Va.), head of the US Senate intelligence committee, admitted that President Trump was right regarding the security risks surrounding the video app.

Across the political spectrum, Republican lawmakers are in line with Democrats about TikTok:

“No surprise there, TikTok is just another invasive tool for communist China to infiltrate Americans‘ personal and proprietary information,” Rep. Ken Buck (R-Colo.) told The Epoch Times. “This app presents a very real threat to our national security, and the United States should take strong action to stop the CCP’s espionage campaign.”

In a recent interview, China-In-Focus’ Tiffany Meier sat down with Casey Fleming, CEO of intelligence and security strategy firm BlackOps Partners, who said:

“What people need to understand is that TikTok is a military application.

It’s a weaponized espionage application to get every bit of information they possibly can off the phone, which they do – your whereabouts, how you go about your day, your access to other people, access to technology, intellectual property, and things that you can be blackmailed on, and so on.

So people need to understand that TikTok is a weaponized military application in the hands of our middle schoolers, our kids, our high school kids, and our young adults.”

As a reminder, India banned TikTok in 2020 “to protect the data and privacy of its 1.3 billion citizens” and to put a stop to technology that was “stealing and surreptitiously transmitting users’ data in unauthorized servers outside India.”