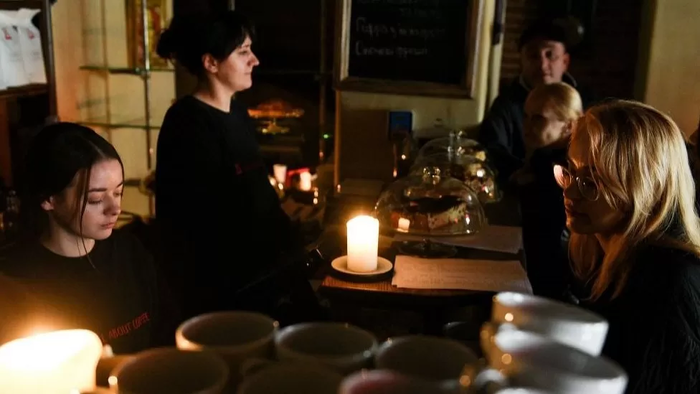 
Ukraine is warning its citizens of rolling blackouts at a moment the war-ravaged country is poised to enter frigid winter months. Earlier in the week Ukrainian President Volodymyr Zelensky estimated that up to one-third of all of Ukraine’s power stations have been attacked amid Russia’s ongoing stepped up airstrikes and suicide drone deployments.

Zelensky on Thursday asked residents to urgently reduce their daily power usage as regional blackouts have been reported. Stating that at least three out of ten key power stations have been destroyed this week, Zelensky vowed, “Of course, we will do everything possible to restore the normal energy capabilities of our country, but it takes time.”

The Ukrainian leader further requested that people be “as conscious as possible” about utilizing high-power appliances and items in order to limit the potential for blackouts. Local reports said Thursday that seven regions, including the capital, have seen limits imposed on electrical supply.

Regional governors, particularly in cities near the front lines with Russia, have described a deliberate campaign on the part of the Kremlin to “intimidate us and leave us without light and heat,” per the words of the acting mayor of Zaporizhzhia, Anatoly Kurtev.

In preparation for the blackouts, Ukrenergo has appealed to Ukrainians to stock up with water and ensure they have “warm socks and blankets and hugs for family and friends”.

Phones, power banks, torches and batteries need to be charged, it urged.

As much as 40% of Ukraine’s energy infrastructure has been seriously damaged, according to Oleksandr Kharchenko, an adviser to the energy minister.

ℹ️ Update: Metrics show that Ukraine’s Ukrenergo is continuing its schedule of rolling power cuts with a second disruption registered in Kyiv Oblast; each cut, no longer than four hours, is intended to relieve pressure on the grid after Russian attacks on key infrastructure ⚡️📉 pic.twitter.com/hDZbnwaTwJ

And the mayor of Kyiv said that individual households agreeing to voluntary power reductions will help at a moment the capital’s buildings begin to be heated as temperatures drop.

“Even a small saving and reduction of electricity consumption in each residence will help to stabilize the operation of the national energy system,” Mayor Vitali Klitschko said on Telegram. “I also ask entrepreneurs, owners of advertising spaces, shops, cafes and restaurants to save as much as possible on the lighting of signs and screens.”