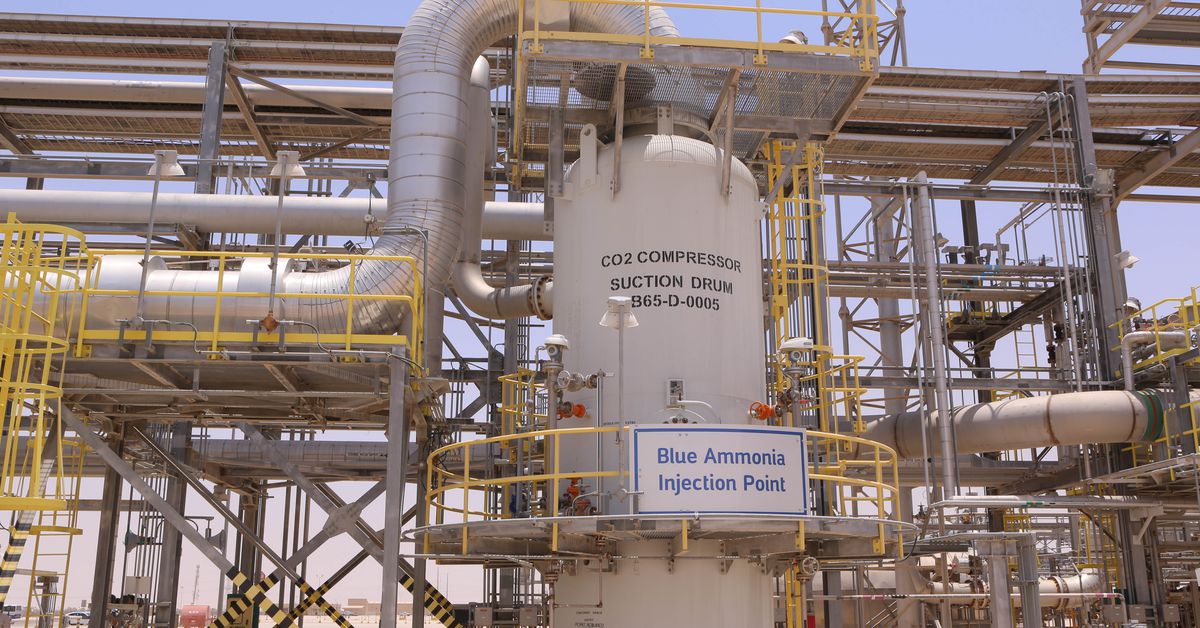 
The business of capturing carbon dioxide from industrial emissions is booming around the world. The technology is gaining popularity as a way for companies to limit the pollution they produce that causes climate change. But even as it grows, the carbon capture industry is holding tight to its ties to oil and gas.

Across the globe, the capacity to capture and store planet-heating carbon dioxide has grown by 44 percent over the past 12 months, according to a new report from think tank Global CCS Institute, which advocates for carbon capture and storage (CCS). That includes projects to scrub CO2 out of smokestack emissions from a veritable pantheon of the most notorious pollution sources: power plants, natural gas processing plants, oil refineries, hydrogen producers, cement and steel factories, and petrochemical and synthetic fertilizer manufacturers.

Right now, there are only 30 CCS facilities operating and 11 under construction. But 153 more carbon capture and storage projects are in development, according to the Global CCS Institute. Of the 196 projects in the pipeline globally, 61 new projects got started in 2022 alone.

Looking at the report’s list of CCS facilities either operating or in the works in 2022, The Verge found that a majority of projects are tangled up with oil and gas. Roughly 60 percent of the projects are either backed by fossil fuel companies and / or aim to capture emissions from fossil fuel power plants, petrochemical facilities, and fossil fuel-adjacent industries like industrial fertilizer and hydrogen production that are major gas consumers. And 30 of the facilities already use or plan to use the captured carbon for a process called enhanced oil recovery, in which fossil fuel companies shoot the CO2 into the ground to push up hard-to-reach oil.

With those numbers, it’s no wonder that some environmental groups are skeptical of carbon capture as a climate fix. Many are worried that the technology will only deepen economies’ reliance on fossil fuels rather than help to usher in an age of cleaner energy sources. In the US, that includes Food & Water Watch, The Indigenous Environmental Network, and Friends of the Earth.

There are several reasons why groups like these say carbon capture tech isn’t a cure-all for fossil fuels. For starters, it doesn’t typically capture 100 percent of the CO2 a pollution source like an industrial plant generates.

With those numbers, it’s no wonder that some environmental groups are skeptical of carbon capture as a climate fix

For instance, a plan to build a carbon capture facility at Louisiana’s biggest source of industrial greenhouse gas emissions, an ammonia plant, is supposed to capture 2 million metric tons of CO2 annually when complete — even though the plant produced 10 million metric tons of the greenhouse gas in a single year. And that’s just taking CO2 into consideration. The ammonia plant also lies within Louisiana’s “cancer alley,” an 85-mile “chemical corridor” pockmarked with refineries and petrochemical plants that pump out air pollutants that have been linked to higher cancer rates in the state.

“Projects like this serve as a vehicle for greenwash at a massive scale,” Carroll Muffett, president and CEO of the nonprofit Center for International Environmental Law, told The Verge last week after the Louisiana project was announced.

Using renewable energy sources like solar and wind — instead of pairing coal, oil, and gas with carbon capture as a bandaid — can prevent pollution that heats up the planet and poisons communities. To be sure, there’s some optimism for carbon capture as a last-ditch effort to decarbonize industries that can’t turn to solar and wind as easily to fire up a furnace, for instance. And there are other efforts to remove some of the CO2 emissions we’ve historically pumped into the atmosphere directly out of the air — some of which have started to break away from the fossil fuel industry.

But those uses for carbon capture and removal still make up a smaller portion of carbon capture projects in the pipeline. For now, it seems that carbon capture tech is primarily helping fossil fuels maintain their foothold in our energy economy — even in efforts to clean up the mess they’ve created.