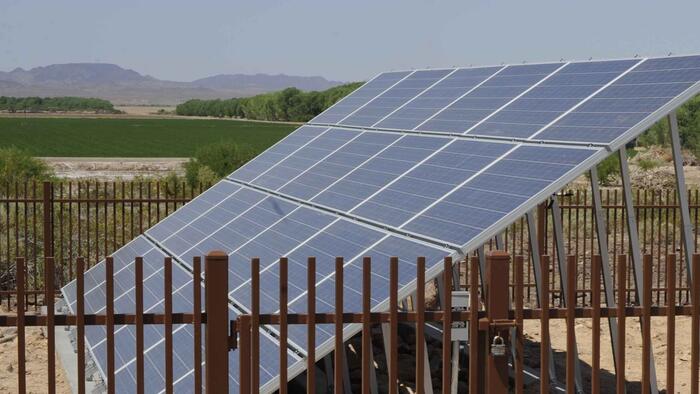 As the leader of a nonprofit group whose mission is to promote economic freedom, sound public policy, and responsible financial management at the state level, I’m honored to help our nation’s financial officers practice good stewardship of taxpayer dollars. Their work often includes managing pension funds that are vital to millions of Americans’ retirement security. Over the past few years, a growing threat called ESG (Environmental, Social, Governance) has been negatively impacting state pension systems, ultimately putting retirees at risk. Sadly, our nation’s state financial officers and the retirees they have a fiduciary responsibility to protect are increasingly under siege by ESG ideologues who are motivated by politics rather than economics.

For instance, U.S. Rep. Sean Casten, a Democrat from a competitive district in Illinois who has come under fire for allegedly lining his own pockets with taxpayer-funded energy dollars, devoted more than half of his time in a recent congressional hearing to defaming our organization. Casten accused the State Financial Officers’ Foundation (SFOF) of “spreading disinformation” – a claim he made without evidence – while ignoring his own conflicts of interest and the catastrophic failures of his own energy strategy.

Casten is trying to strongarm bank CEOs into blacklisting us. He asserts that we are trying to “[block] the capital sector from freely allocating capital.” But our goal is precisely the opposite. We trust free people and free markets to allocate scarce resources more effectively than politicians in Washington.

History and economics are on our side. What Casten and other far-left politicians refuse to acknowledge is that economic freedom is by far the best policy for the planet and its people. As Nick Loris, vice president of Public Policy at C3 Solutions argues, free economies are twice as clean as less free economies. What Casten and others are attempting to do is to centralize the economy by using ESG principles as their manifesto. By embracing ESG cancel culture, Casten is blocking the development of affordable energy.

The one thing Casten gets mostly right is when he says SFOF is advancing “policies that are encouraging [financial institutions] to invest in areas that are struggling to attract capital.” Those areas have names – West Virginia, Texas, Utah, etc. – and the reason they are struggling to attract capital isn’t because the businesses aren’t financially sound. Indeed, 2022 has been a banner year for conventional energy sources that abound in these states. The reason they are challenged is because investment firms and financial institutions in recent years have implemented de facto boycotts of American energy producers. Firms like BlackRock have used their market power to “force behaviors,” sometimes by penetrating corporate boards, sometimes by starving unfavored businesses of capital, all in obeisance to an agenda based on subjective and ephemeral criteria, divorced from historical markers of a company’s financial strength.

It’s not surprising that many state financial officers are fighting back against ESG ideologues who are attempting to end investment in industries they find objectionable, American energy producers in particular, regardless of the impact it has on communities and states across the country. And SFOF has never argued that institutions should not invest in clean energy companies. Unlike Casten, we trust free markets and free people and deplore command-and-control policymaking.

Casten apparently believes that castigating state financial officers will be politically beneficial. We support his First Amendment right to be wrong. Polls show that Casten is on the wrong side of not just the American people but also Democrats when it comes to demonizing American sources of energy. A strong majority of Democrats (71%) support an “all of the above” energy strategy that rejects the “everything but American-produced fossil fuel” ESG mantra.

In the meantime, SFOF and its members will continue to stand up to what we see as a destructive ESG movement, which advances a progressive agenda outside the democratic process. We’ve made a consistent argument to financial institutions that are driving ESG while being cheered on by radical, left-wing politicians. It is simply this: return to fulfilling your fiduciary duty and focus on returns, instead of making investment decisions based on subjective criteria unrelated to business profitability.

By embracing economic freedom, returning to sound financial principles, and embracing the innovation of the free market, we can create prosperity for our communities, protect the planet, and build a future of which we can all be proud.