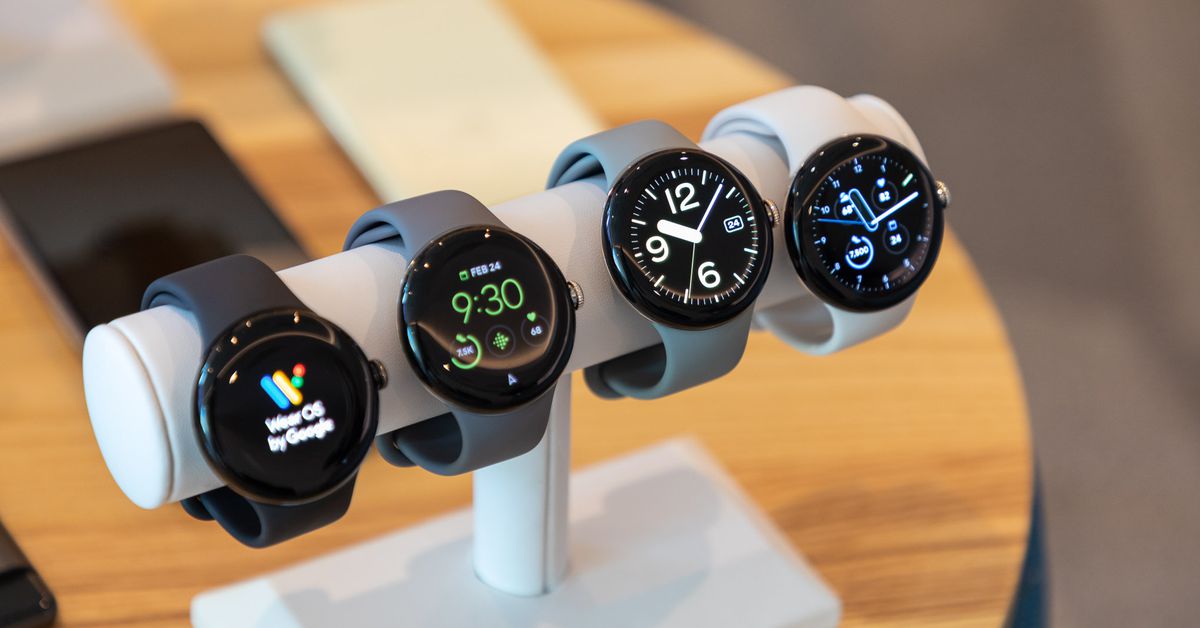 Google has announced the Pixel Watch, its first flagship wearable. While it has a clean circular design, the company is just now getting into a field that competitors like Apple and Samsung have been succeeding in for years. While detailed impressions of the Pixel Watch’s real-world performance and battery life will have to wait for a full review, let’s take a look at how it compares on paper.

The Pixel Watch’s design vs. the Apple Watch

Aesthetics are obviously subjective, but there are some design aspects that we can compare and contrast objectively. One of the most notable is shape and controls; like the Galaxy Watch 5 series, the Pixel Watch has a circular design, whereas the Apple Watch’s case is a rounded rectangle. Like Apple’s wearable, though, Google’s adorned its watch with a rotating crown, a button, and a touchscreen for controls, while Samsung uses a two-button plus touch-sensitive bezel and touchscreen interface.

Size is also relatively important when it comes to wearables; big watches can dominate thinner wrists, while small watches can look a bit like toys on larger arms. The Pixel Watch comes in one size, 41mm, which is roughly similar to the smaller sizes of the Apple Watch Series 8, SE, and Galaxy Watch 5. Both Apple and Samsung offer bigger models for a slight price bump, an option Google currently isn’t giving us.

How good is the Pixel Watch’s fitness tracking?

Speaking of sports, one of the main selling points of the Pixel Watch (and most smartwatches) is its usefulness as a fitness tracker. Compared to the Apple Watch Series 8 and Galaxy Watch 5, the Pixel Watch has a similar bevy of sensors; it has an optical sensor for tracking heart rate, can take ECGs, and can read your blood oxygen level. All the watches offer sleep tracking as well. Samsung’s sensor, however, does have some additional capabilities, like the ability to estimate metrics like body fat, mass, and water, and Apple added temperature-based retrospective ovulation estimates to the Series 8.

It’s worth noting that the Pixel Watch locks some fitness features away behind a $9.99 a month Fitbit Premium subscription while including six months of the service with the watch. After that time period, you’ll have to pay if you want to keep getting a readiness score, sleep score breakdown, or wellness reports. The subscription also offers access to guided workouts and mindfulness exercises, similar to Apple’s $9.99 a month Fitness Plus service — though it’s worth noting that Apple doesn’t gate any data or analytics behind its subscription (not that its watch understands the concept of readiness or rest days). Samsung doesn’t charge extra to give you a sleep score or sleep coaching.

Like the Apple Watch and Galaxy Watch, the Pixel Watch does offer some level of automatic workout tracking for activities like walking and running. It also comes with three free months of YouTube Music.

What sorts of features does the Pixel Watch have versus Apple and Samsung?

The Pixel Watch and Galaxy Watch both run the same operating system, WearOS 3, so they should broadly support the same apps and features. All the watches we’re comparing today offer hard fall detection and an emergency SOS feature, though it’s worth noting that Google’s fall detection isn’t coming until later this year. You can also buy a cellular version of each watch as well; here are the carriers Google’s supporting with its wearable.

Unlike the Apple Watch SE, the Pixel Watch features an always-on display, just like the higher-end Apple Watch and Samsung’s models.

Google isn’t currently offering a rugged, sports-focused watch like the Galaxy Watch 5 Pro or Apple Watch Ultra (which we didn’t include in this roundup due to its much higher price point). The Watch 5 Pro includes features like a sapphire crystal covering the display — the Pixel has a “Custom 3D Corning Gorilla Glass” — and GPS backtracking, which is also available on the Apple Watches.

What phones can I use the Pixel Watch with?

Google pitches the Pixel Watch as a companion to its phones, but its site says the wearable is compatible with any phone running Android 8.0 or newer, the same as the Galaxy Watch 5 (the two watches use the same OS, after all). Unfortunately, that means it’s not compatible with iPhones — and the Apple Watch won’t work with Android phones.