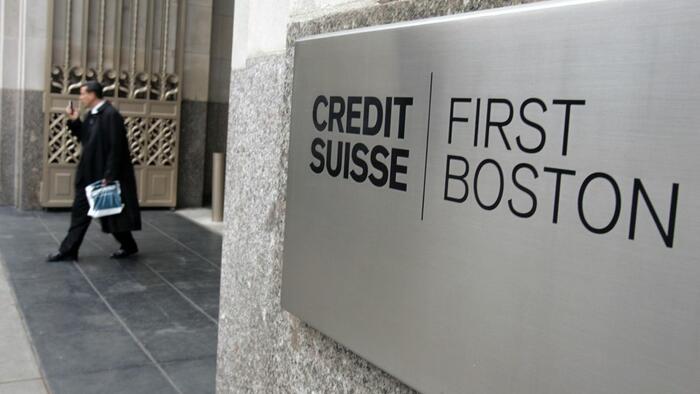 
The ongoing – and potentially systemically threatening – saga of Credit Suisse took another turn this morning with Bloomberg reporting that the embattled bank is trying to bring in an outside investor to inject money into a spinoff of its advisory and investment banking businesses.

According to people with knowledge of the deliberations, Bloomberg says that talks on reviving the First Boston name for the spun-out businesses, which would get most of their revenue from the US, are also advancing.

A spinout of the dealmaking and underwriting unit would effectively break the troubled division into three pieces, with Credit Suisse keeping a shrunken trading unit while hiving off its securitized products group and other assets it wants to offload. And attracting outside investors would help answer how it will finance a major restructuring, questions that have weighed on the stock as the firm wants to avoid a share sale with the price near record lows.

Additionally, CS stock is up in the pre-market after JPMorgan upgraded to neutral from underweight, saying it sees $15b as a minimum value for the lender.

At the current valuation of 0.27x tangible book value and an $11b market cap, Credit Suisse “should look at every option available to avoid a significantly dilutive capital increase,” JPMorgan analyst Kian Abouhossein wrote, adding that he doesn’t see a capital increase as a given outcome. Instead he sees two scenarios, both of which would lead to material long-term revaluation: Either,

1) the lender does a decisive restructuring of its investment banking business and focuses on being more of an asset gathering geared entity, or

2) it does a ‘half-hearted’ IB restructuring, in which case M&A speculation would increase.

For now, expect shares to remain volatile and headline driven.

While both CDS and stock prices are improving in the pre-market (lower spread and higher price respectively), there is still a considerable decoupling between the two this week…

Bigger picture, the equity market (green line below) is far more optimistic about the future state of CS than the credit market (red line)…

We look forward to another reassuring letter from the CEO this weekend.