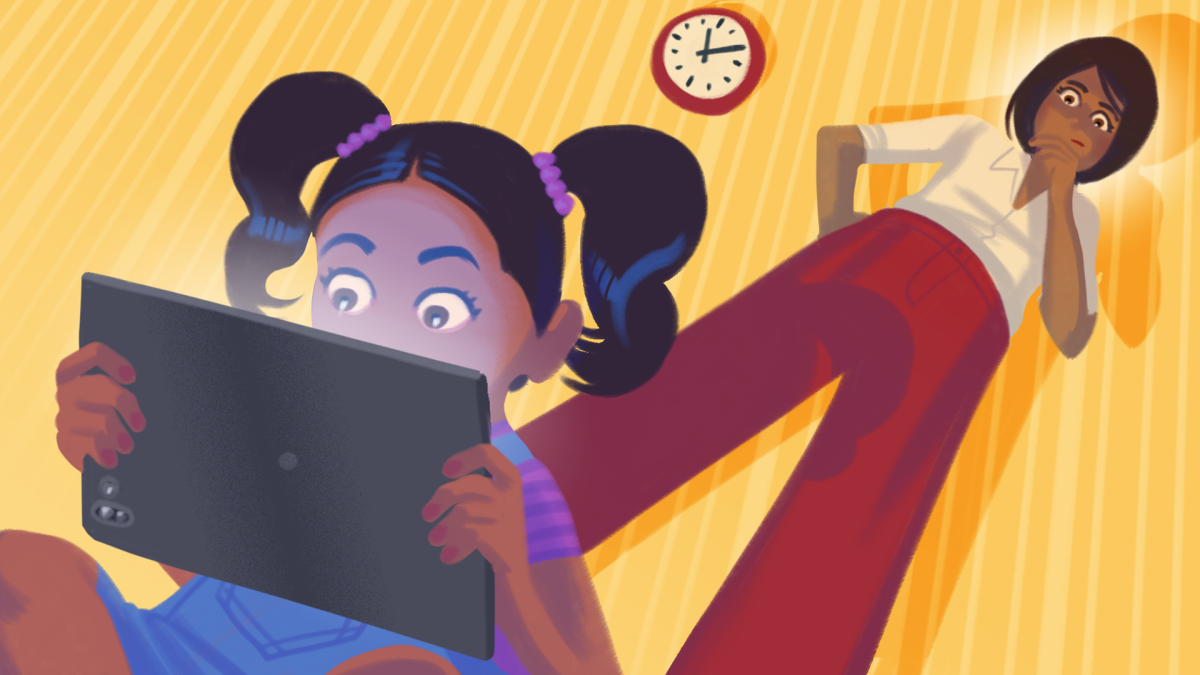 
Several months ago, I learned that I could make shows disappear from Netflix. Word Party was the first to go, followed later by Boss Baby. The former got booted because it was inane, and made my kid talk like a baby. The latter’s crime was that everyone was mean to each other. In both cases I told my child that those shows weren’t appropriate for her and it was too hard for her to skip watching them if they were available, so I put them on hiatus. The by-title blocking feature meant they wouldn’t show up in the search or on the home screen. She accepted the rationale with as much grace as a six-year-old can and found something else to watch.

But the game of whack-a-mole moved over to the two-year-old. The home screen of Netflix was a virtual bottomless cave of annoying delights, and Mighty Express is his current prize. Sure, I could ban that too, but Netflix would just suggest something else. Why, I wondered, if I could ban shows, couldn’t I reverse the process and opt in a selection of shows on a profile instead?

Reader, of course I couldn’t. This feature isn’t available on Netflix, Amazon Prime Video, Apple TV+, Disney+, HBO Max, or Hulu. Depending on the service (and how much I paid for it), I could limit content by ratings buckets or age. Prime Video was the most onerous, as there I couldn’t set restrictions by profile, but only by device – the assumption being that each family member would have their own.

Parental control features are a largely meaningless, legally-mandated sop streaming services and entertainment providers throw to parents. They’re a way to offload the responsibility for the products companies have designed to be highly engaging and marketed at children, who are a highly valued audience.

The rationale is obvious: Digital services want to be as engaging as possible, and providing truly useful limiting functions would likely be bad for business. So I, and other parents, are left with the only advice that is ever given: Create and enforce screen time limits. That stance treats digital entertainment as a monolith instead of engaging with valid criticism about how different products are designed.

We should listen to what young players and audiences are saying – that it’s no fun to feel tricked.

These parenting pressures aren’t new, but there’s a growing advocacy movement pushing back against the idea that families are the only ones responsible for media usage and quality.

First, it’s worth establishing the fundamental farce of parental controls features. If they really cut down on device use, says Anya Kamenetz, an education reporter for NPR and author of The Art of Screen Time, companies probably wouldn’t create them.

“What they probably do,” Kamenetz says, “is create an illusion of control that allows parents then to relax a little bit.”

These dubiously effective features aren’t coded simply out of altruism. Many caregivers don’t realize that the menu of “parental control” options they’re presented with in an app, game, or streaming service, are required by laws like America’s Children’s Online Privacy Protection Act (COPPA), or Europe’s General Data Protection Regulation (GDPR) and Audiovisual Media Services Directive (AVMSD), says Sonia Livingstone, a professor of social psychology at the London School of Economics and Political Science. Parents “just get a package called, ‘This is how to help your child’ and ‘This is us being a morally and ethically responsible provider,’” Livingstone continued. In fact, these features often fulfill plain-language legal requirements.

Livingstone reviewed the available research looking for information on parental consent – a collaborative and inclusive process that would help families have more agency over digital entertainment. Instead, she found research mostly on parental control, a related but much different approach that mainly focuses on limits. What I wanted to do on Netflix was create a walled subgarden that showed my kids only the shows they were allowed to watch. Ironically, that would likely have obviated the need for strict limits on their screen time, because I wouldn’t have cared how many hours of Daniel Tiger’s Neighborhood or Molly of Denali were consumed.

Parental control features are marketed as empowering parents, but they really just create a burden, Livingstone says, and an unequal one at that. Caregivers with more time, money, and tech-savvy will be the ones reading reviews on Common Sense Media and how-to guides for setting up limits on different devices. Higher-income parents will also be the ones who can pay for other entertainment options with higher-quality design and more moderation baked in (e.g. Roblox, which moves in this direction but has its own issues).

Intensive monitoring is also just a huge amount of work, says Alexandra Lange, a design critic and parent. Lange has also written The Design of Childhood, a book about how the material world shapes kids. Beyond buying software, or reading reviews, caregivers may spend time monitoring their childrens’ devices, reviewing their messages or social media use, or co-viewing.

For parents like Kate McKean, deleting the app is a more appealing option than trying to limit consumption. On Twitter, McKean recounted telling her kid that YouTube Kids was “broken” and deleting it off the shared iPad. “I have about six months before they figure out this is a lie,” she wrote.

The general difficulty with regulation isn’t limited to streaming services. As video games have become behemoth businesses, they’ve continued to be “designed for resource extraction from your kids,” Lange says. “They aren’t necessarily so supportive of the kids’ own creativity.”

Kids themselves recognize that they’re being exploited.

Livingstone and Kruakae Pothong, Ph.D., a visiting fellow at LSE with expertise in children-centered digital design, helped publish a report in November of 2021 that articulates the values of childrens’ play in a digital environment. Titled “Playful By Design” the document calls on industry and regulatory figures to change the way products and services used by children are designed and operated.

The report is a hopeful call-to-action that paints a damning picture of kids’ relationships with their digital services. The authors present case studies of popular digital products, including Roblox, Minecraft, Fortnite, and YouTube. Each of the eight services gets low marks in the “voluntary” category, a measure of how coercive kids feel the product is.

Children who were interviewed reported enjoying immersive digital play but disliking how hard it can be to stop. This is a thorny tension, which the report’s authors acknowledge. Games that are fun to play are usually hard to put down. But we should listen to what young players and audiences are saying – that it’s no fun to feel tricked into playing and watching more than you want. The authors argue that not only can we identify what feels crappy about digital entertainment, but that companies can improve it.

Kids are not a cohort known for their impulse control. Biologically, they’re still developing it and will continue to do so until early adulthood. In the current paradigm, companies take advantage of the fact that engagement tactics work really well on kids, spend lots of money making them more effective, and then tell parents “Just turn it off” as if they haven’t made that really difficult to do. The option to blocking a show here or there, or set a timer, is not a meaningful bulwark against billions of dollars of algorithmic might.

All of this deflects attention from the stakeholders with the most agency to enact change: governments, and the companies themselves.

Livingstone, in her research, keeps trying to identify the “cardboard box” of digital entertainment. It’s flexible, inclusive, and open-ended. Some current products have some of these qualities (Minecraft and Zoom are mentioned), but all of them struggle with making money through the play of young people. In the physical world, there are often parks (not nearly enough of them) – free, well-designed spaces aimed to support the physical, mental, and emotional development of young people through play. What could this look like online?

“I’m also trying to invite designers and digital providers to think more creatively because they can also diversify the market,” Livingstone says. “I think there’s quite a lot of parental dissatisfaction and kind of looking for something different.”

This story was originally published in February 2022 and updated in October 2022.