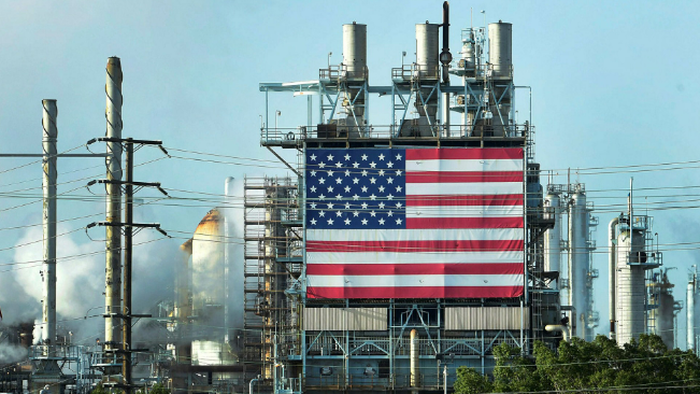 Exxon is “pushing back” against the idea of reducing U.S. fuel exports, telling President Biden’s Energy Department this week that such actions would lead to continued volatility in oil prices globally, and at the pump domestically, according to a new report by the Wall Street Journal. Exxon said that “the oil industry should not slow fuel shipments in favor of putting more in storage tanks”, the Journal report says.

Exxon argued that cutting exports would lead to a glut in the Gulf Coast which would then, in turn, prompt output cuts.

Biden’s Energy Department responded by pointing out parts of the country that have oil and gas levels near five year lows heading into hurricane season. A spokesperson said: “The administration has impressed upon the oil and gas industry that it must do more to ensure fair prices and adequate supply for all Americans, while meeting the needs of our allies.”

Woods argued that the East Coast had 59.3 million barrels of total gasoline and ethanol in storage, 1% lower than usual for the time of year. He also noted that demand for gasoline though June was about 9% lower than the three year average prior to Covid. He noted that pipelines that carry the fuel from the Gulf Coast to the East Coast are full and that there aren’t enough ships to move U.S. made fuel to the Northeast.

“Free market incentives remain the most efficient way for the industry to address these problems,” Woods said.

The pushback follows a letter by Energy Secretary Jennifer Granholm in August, where she urged oil companies to slow exports in order to refill stocks in the East Coast.

She wrote: “The most effective way to resolve this issue without having to deploy emergency actions is for industry to prioritize building inventories during this critical window. The data clearly show there has not been sufficient progress in building inventories ahead of peak hurricane season.”

She also took the step of threatening to limit exports if oil companies didn’t follow suit, stating that the Biden administration would consider “additional federal requirements or emergency measures.”

In September, after discussing the idea with industry executives, she said the Biden administration was not “currently weighing any restrictions”, the Journal report noted.