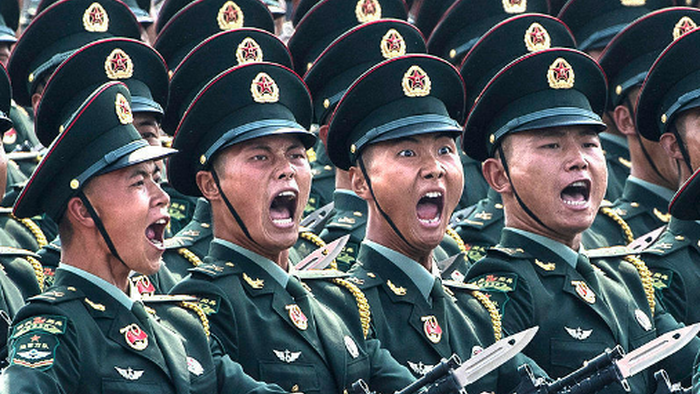 Last week I had the immense pleasure of interviewing my good buddy George Gammon from Rebel Capitalist.

George is one of my favorite economic commentators and has been a friend of mine, and my podcast, for years. He is focused on Austrian economics, skepticism about the global elite and Central Banking, and trying to help preserve wealth in the out-of-control world of Central Banks we exist in.

In our recent interview, we discussed:

First we talked about where George thought inflation was heading. Surprisingly, he said lower – before moving higher.

“I rarely make predictions, but I did make one prediction: inflation would go down slightly as measured by CPI in Q3 or Q4,” George told me. “Most likely it probably goes back up [after falling to 6% or 7%].”

“I saw the things that created the inflation in the first place, now the question is how they do that. I don’t know if the supply chains will get better anytime soon,” he continued. “But they did stop the stimmy checks.”

From there we moved on to talk about his favorite indicator for recessions and how Austrian economists are often ignored – and sometimes even ridiculed – in the mainstream media.

“That’s usually the indicator that you’re currently in a recession. Though I think we’re already in one as a result of two negative quarters of GDP growth,” he says, talking about his favorite metric.

We talked about how the current state of the global economy and geopolitics may have us on the precipice of things changing meaningfully, relatively permanently:

We also talked about the tensions between China, Taiwan and the United States.

“As far as black swans, I’m looking at the issue of China and Taiwan. What Nancy Pelosi did was one of the stupidest things I’ve ever seen a politician do,” George says.

“If you look at it through the lens of the Chinese, you can see historically why they are doing it,” George says. “I can’t imagine that Pelosi or Biden would do something for the long-term benefit of the Untied States, they’re just doing whatever is politically expedient.”

George also thinks China is using Covid policy to prepare the country for war, something I started a discussion on earlier this month: “China’s policy on Covid is another head scratcher. The only conclusion I can come to is they’re trying to prepare their society for using far fewer resources in the future because they know there’s a good probability they will go to war with the United States.”

“Looking at China’s history, it would make sense that that’s an edge they think they have: they have benevolent dictator so they can make long-term decisions, central thinking and a plan for the whole country, their ability to just have patience.”

“They look at the U.S. and say ‘its just collapsing internally’,” George argues.

“Another black swan is the dollar going up,” George says. “This creates a massive amount of economic pressure on countries outside the U.S. In a global economy, there’s a lot of systemic risk. I don’t know what the number is – 120, 130, 140 – but at some point, its going the be the United States’ problem. It’s going up because of all of this uncertainty and interest rates. The bond market is saying the Fed will raise for another 6 months or a year. So we’ve got another year of the dollar going up?”

“You have this combined with all these powder keg situations geopolitically,” George says.

“I think we’ll wind up in a Plaza Accord 2.0. I think the black swan could be that they miscalculate,” he says.

Finally we discuss some of my recent findings on Covid, including a new preprint study talking about how boosters aren’t ethically justifiable in younger adults and a recent thread by Dr. Richard Ebright, PhD, from Rutgers, explaining why he thinks the Covid “lab leak” theory holds water:

George was one of the first people to speak out about Covid measures, even before we knew about the virus.

“It was actually on your podcast, you asked me point blank what we should do [about Covid breaking out]. It was a difficult question to answer – we didn’t have any information at the time other than we knew it was spreading quickly. I said that ‘I don’t know how bad it’s going to get, but we have to let people make their own decisions. If people want to go outside, let them go outside. We have to give people as much information as possible but then let them make their own decisions’,” George recalled.

If you are not yet a subscriber & want to support my work, I’d love to offer you 50% off for life to subscribe today: Get 50% off forever

You can listen to the full interview here: