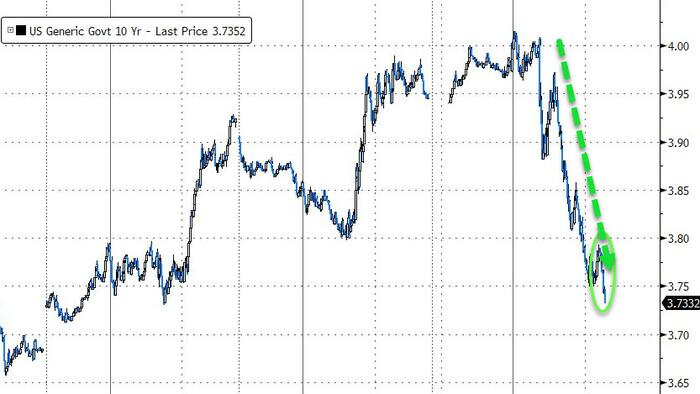 
After a series of catastrophic coupon auctions, moments ago the US Treasury sold $32BN in 7 paper in what was one of the strongest sales in weeks. And all it took was a pivot by the Bank of England, one which most traders now expect will sooner or later come to the US.

Stopping at a high yield of 3.898%, the auction was the first one in weeks to stop through the When Issued 3.903% by 0.5bps; it was the 3rd consecutive stop through for the 7 Year tenor since a modest tail in June; the auction was also one giant step higher than the 3.130% yield on the August 7Y auction, and the highest yield since the GFC.

The internals were on the weaker side, with Indirects taking down 62.5%, down from 75.7% last mointh and below the 68.7% recent average. And with Directs taking down a solid 24.7% – one of the highest on record – Dealers were left holding 12.85% of the auction.

Overall, this was a very solid auction and understandably it has sent yields plunging both in the US – where the 10Y just dropped to a session low of 3.733% after rising above 4.00% just hours earlier…