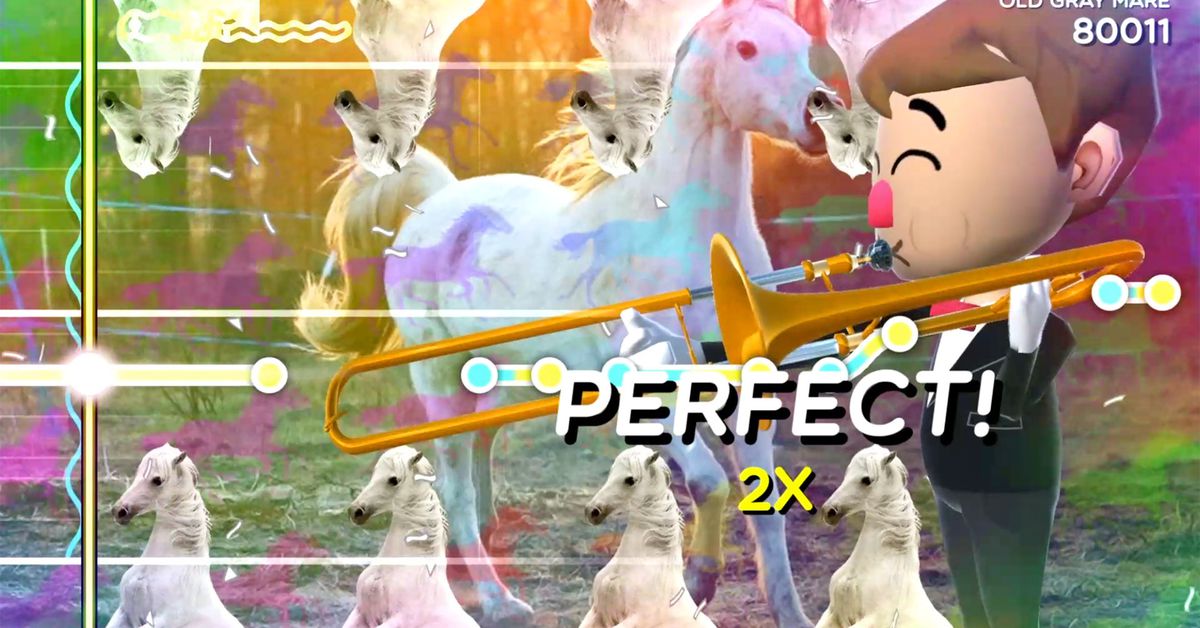 
Trombone Champ is a delightfully silly game that asks players to match the beat with their snazzy trombone. It’s a game that immediately inspires fun gifs and clips; it’s just great to have your little cartoon avatar go absolutely ham on a trombone cover of the national anthem or the solo trombone version of a epic orchestral symphony. Rudeism, a streamer known for creating novelty controllers, has taken a crack at the ultimate Trombone Champ controller.

Here, we can see the controller in action: It’s a peripheral of an actual, factual trombone, complete with slide capabilities and some hearty doots. It’s not great as hearing the trombone serving as a proper instrument, but it is the most immersive way to rack up some Trombone Champ high scores.

Rudeism made a short video of the trombone controller that shows how it works. An ultrasonic sensor controls the slide, and a built-in microphone captures his trumpet sounds. It’s absolutely beautiful. Rudeism has made a career out of gaming with these great peripherals, pulling off tricks like playing Rocket League with a guitar controller, playing as Overwatch’s French sniper Widowmaker with a controller baguette, and beating FromSoftware’s massive open world adventure Elden Ring with a Fisher Price controller.

Rudeism streams on Twitch, where you can catch his experimental stylings live. Sometimes he just relaxes with some Fall Guys, and sometimes he plays Untitled Goose Game in a giant goose suit. Variety is, after all, the spice of life.