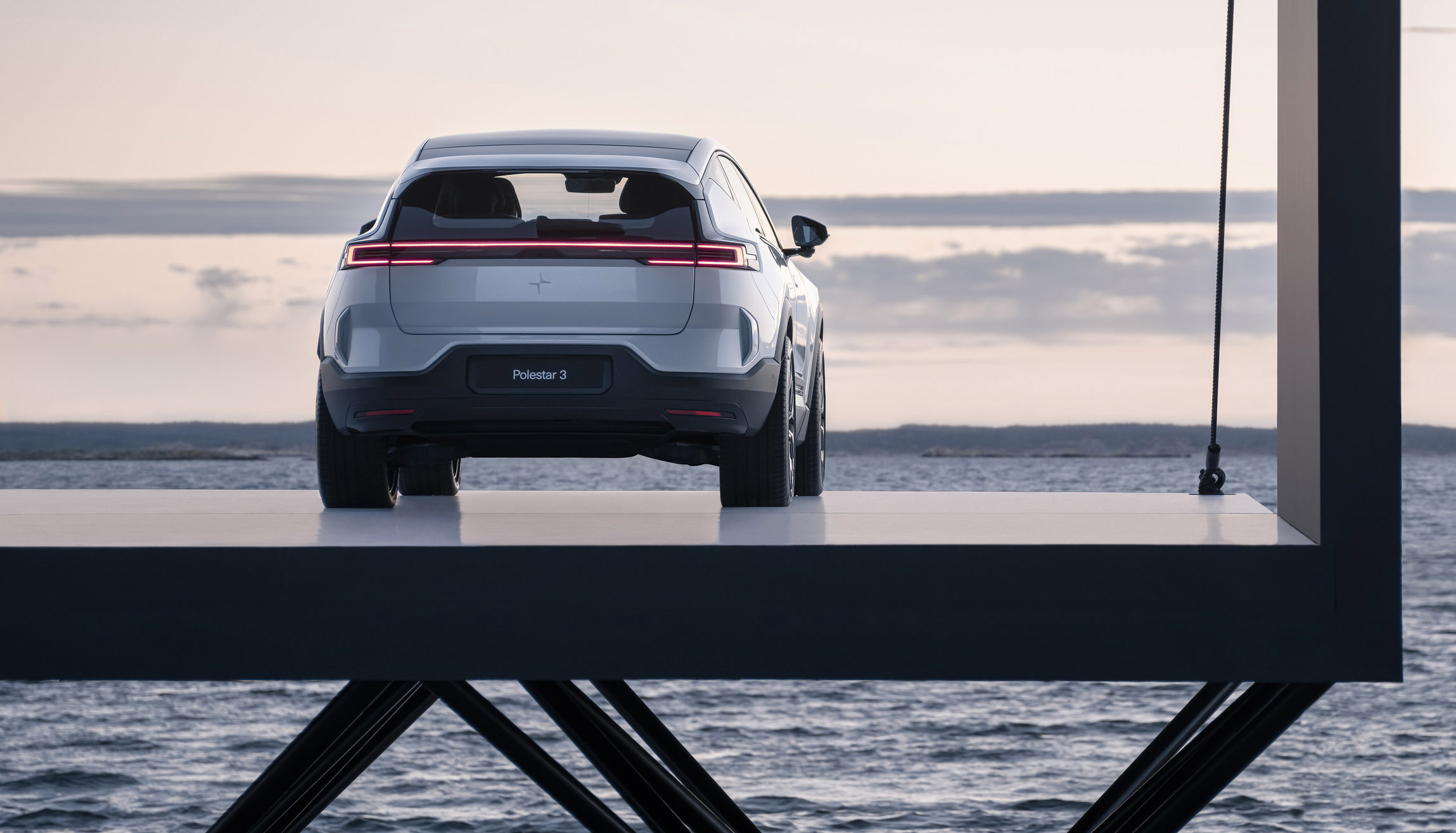 
Polestar’s first electric SUV will get its official unveiling on October 12th a range target of 372 miles and an optional Performance Pack, the Swedish company announced. The Polestar 3 will launch with premium features like an air suspension, active dampers and torque vectoring, putting it up against other SUV EVs like the Mercedes-Benz EQS, Rivian R1S and Tesla Model X. Like those models, it’ll be manufactured in the US at Volvo’s factory in Charleston, South Carolina.

The company, co-owned by Volvo and Chinese parent Geely, revealed a fair bit of information about the Polestar 3. That includes a new glimpse from the back showing similar (but upside down) taillights to the Polestar 2. Polestar previously showed off the design from the side in June (below).

The Polestar 3 will come with a rear-biased dual-motor powertrain similar to the one on the Polestar 2, with electric torque vectoring via a dual clutch system on the rear motor. The ride will be controlled by an adaptive dual-chamber air suspension and active dampers as standard, letting drivers switch between comfort and firm suspension dynamics. The dampers will adjust to suit road conditions “once every two milliseconds,” Polestar said.

The optional Performance Pack will deliver 510 horsepower and 671 pound-feet of torque (compared to 670 horsepower for the Model X). It also includes Polestar Engineered chassis tuning for the active dampers and air suspension, along with interior details like gold seat belts.

Previously, the company has said that it’s shooting for a 372-mile range on the European WLTP cycle (so considerably less in EPA terms). It’ll also include a semi-autonomous driving system for highway driving, enabled by by NVIDIA tech and a lidar sensor — Volvo is likely to use similar tech on its next-gen EX90 SUV set to launch on November 9th. Rumors have pegged the Polestar 3’s price at somewhere between $75,000 and $111,000 at launch.