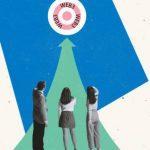 Web3 is more than a singular technology. It’s an ethos that has the potential to empower consumers while strengthening the relationship consumers have with brands that are willing to operate with them in the space. Web3 fundamentally changes the way business takes place and how we connect to one another on a personal level. In fact, web3 is expected to fundamentally alter the way we think about our presence online over the next few years. There are many projects working to bring mass adoption in Web3 and one such name is Lum Network. It is designed to be the trust layer for millions of users without exposing the complexity of the underlying technology. Today, Lum Network is launching a new DeFi (Decentralized Finance) product built on top of its blockchain for the Cosmos ecosystem: DFract $DFR.

DFract is your on-ramp to Cosmos. You are automatically exposed to the Cosmos projects that have the best mix of innovation, community and performance. DFract protocol is the first Protocol Owned Liquidity (POL) built on Cosmos.

With more than 250 apps built in the Cosmos ecosystem and +$61 billion in assets (1), Cosmos is a fast growing blockchain ecosystem.

But, it’s not an easy task for users to make the best decisions regarding the projects they want to support. Managing multiple projects on the Cosmos ecosystem requires monitoring hundreds of operations on a monthly basis, discouraging retail investors.

At its core, holding DFract is equivalent to holding an index of blue chip cryptos from the Cosmos ecosystem. And receiving yield on top of it in a passive way.

“The Cosmos ecosystem is a true gem composed by amazing builders. At Lum, we are hard working on its adoption with this new product with a simple interface and user experience” said today the Lum Network founder Sarah-Diane Eck at Cøsmoverse, the main Cosmos event taking place in Medellin, Colombia.

The Cosmos ecosystem is a decentralized network designed to connect various blockchains as part of an ambitious drive to power an ‘Internet of blockchains’. Using a novel technology called Inter-Blockchain Communication (IBC) protocol, Cosmos is able to facilitate seamless interaction and exchange of information between chains in its ecosystem. At the same time, Cosmos also offers tools that can drastically streamline and speed up the development of purpose-built blockchains, as part of a bid to reimagine what building blockchain applications can really be.

Ultimately, Cosmos seeks to solve the limitations of the current generation of blockchain tech and usher in a new era of increased scalability, usability and interoperability in the blockchain space.

DFract protocol is the first Protocol Owned Liquidity (POL) built on Cosmos. It means that the treasury belongs to the protocol and the holders of the protocol’s tokens. The role of the POL is to grow the treasury so that every stakeholder can benefit from it.

In addition to the diversification, users earn infrastructure revenue from the protocol. On top of this exposure, staking $DFR also gives users a share of the revenues made by the protocol and also make them eligible for Cosmos airdrops.

Embracing the philosophy of the Cosmos ecosystem, DFract will provide a network of nodes and will work for decentralization in every chain it will invest in. DFract will provide IBC relaying services to participate in the well operating system of Cosmos.

DFract is already supported by some of the best actors of the ecosystem such as the Interchain Foundation and the validator Imperator that operates 36 networks, has +48M total staked assets and more than 90,000 customers worldwide (2)

What is Lum Network?

Lum Network, the first decentralized protocol for businesses to build authentic trust with their customers. The Lum Network is an open source blockchain protocol (layer 1) based on the Tendermint & Cosmos SDK, the most advanced and secure Delegated Proof-Of-Stake algorithm.

It is powered by the LUM, its native crypto-asset. The LUM is the fuel of the Lum Network and is used by businesses to benefit from the trust layer while rewarding their customers, by validators and delegators to secure the network and many more.

The Lum Network is built to enable businesses to create authentic trust with their customers and the initial partners are now ready to go in production and are only waiting the launch of the Main Net.