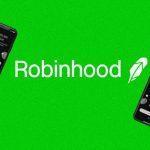 Robinhood is finally rolling out a beta version of its non-custodial crypto wallet to 10,000 customers on its waitlist after announcing the product in May. Beta users will be able to fund their wallets using USDC stablecoin tokens, trade and swap crypto, and connect to dApps to earn yield, according to the company. However, NFT marketplace integration and the ability to view NFTs within Robinhood’s Web3 Wallet won’t be available until the public launch later this year. Notably, Robinhood says it won’t charge Robinhood’s Web3 Wallet users’ network or gas fees for transactions, differentiating its non-custodial offering from other popular non-custodial wallets such as Metamask and Coinbase Wallet. It is still very early for the wallet; for one, it won’t support viewing NFTs or connecting to NFT marketplaces until the public release. Even if you could connect the beta wallet to OpenSea, though, you’d be a bit limited in what you could do with it. Robinhood says that for the time being, it’ll work “exclusively” with the Polygon blockchain rather than the more popular Ethereum one. To put Ethereum’s dominance in perspective, DappRadar reports that there were almost 384,000 OpenSea transactions on the blockchain in the past week; meanwhile, there were only 82 transactions on the Polygon chain.

How Will the Novel Roobinhood’s Web3 Wallet Work

The new Robinhood’s Web3 wallet is a Web3 crypto wallet, and the company is allowing its members to use it for tokens, DeFi solutions, and even NFTs. They will be able to buy, lend, and stake NFTs, just as they can with the MetaMask wallet.

The wallet is a similar user-friendly design and a smooth interface, something Robinhood has become known for.

Users also won’t have to pay any gas fees on crypto transactions, which is certainly a big thing for those using the Ethereum blockchain and other cryptos that come with very high fees.

Moreover, the wallet will be non-custodial, and it will let users hold their private keys. Before the introduction of the Web3 wallet, whenever you buy a token or coin on Robinhood, the site effectively owns it as the company doesn’t have a dedicated wallet for that, nor the usage of NFTs or deploying assets into DeFi on the same platform.

Coinbase has a more complex wallet similar to that. However, even Coinbase has to expand its list of features to achieve the results Robinhood has planned. Plus, Coinbase’s wallet is integrated, and Robinhood is planning an advanced non-custodial version.

During the last 12 months, Robinhood Markets has shown a strong interest in building cryptocurrency products and services. At the end of January 2022, Robinhood started to roll out the beta version of its crypto wallet that supports bitcoin (BTC), dogecoin (DOGE), and Ethereum (ETH). In April, Robinhood expanded the crypto wallet participants to 2 million customers and in mid-May, the financial services company hinted at the non-custodial Web3 wallet release. Ahead of the wallet’s beta release, Robinhood listed USDC last week for traders. Kebrat said that part of the reason behind the listing was to coincide with the wallet’s release since it will help onboard new users by offering a token that’s easier to trade without fears about volatility.

Moreover, Polygon won’t be the Web3 wallet’s exclusive blockchain as Robinhood said that eventually, the Web3 wallet will be a “multichain wallet.” “A wallet worth the wait,” Robinhood said on Tuesday. “Beta testing is now live for 10K customers from the waitlist, with Polygon as the first blockchain supported.” Johann Kerbrat, the chief technology officer of Robinhood Crypto, explained that the Web3 wallet widens new opportunities and accessibility. Kerbrat said: As we did with the stock market, Robinhood Wallet strips away some of the complexities of Web3 and defi to make crypto more accessible to everyone.

The post Robinhood’s Web3 Wallet Beta is Crypto-friendly, but not NFT Inclusive Yet appeared first on Analytics Insight.

The Debate Between Gold & Bitcoin In 2023